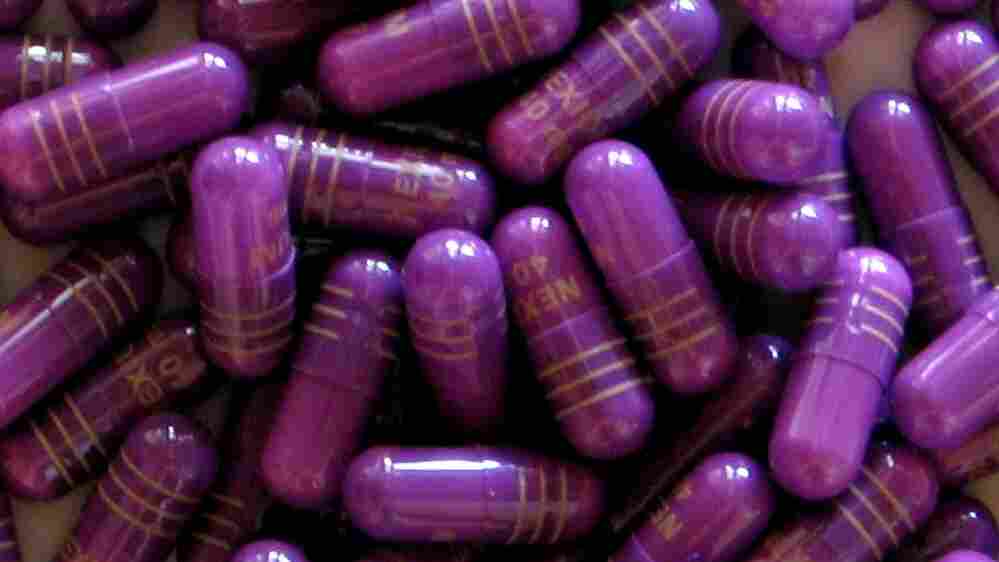 AstraZeneca's Nexium is one of many drugs that had a hefty price increase this month. Rennett Stowe/Flickr hide caption 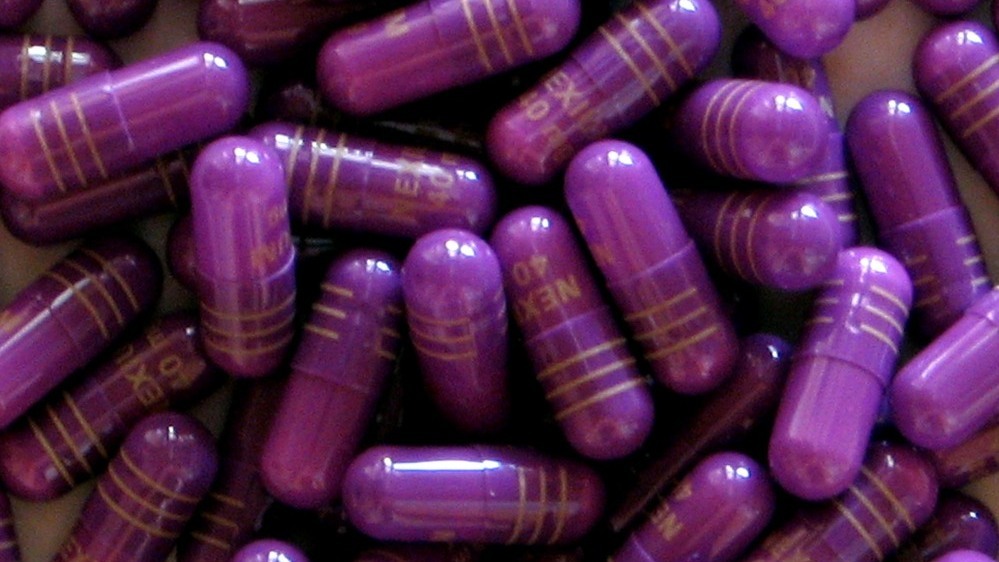 AstraZeneca's Nexium is one of many drugs that had a hefty price increase this month.

One thing big drug companies generally aren't keen on is being the focus of a hot political debate.

In the past, the quickest way to become Exhibit A was to raise prices during a presidential campaign, Richard Evans, a former drug company executive turned industry analyst, tells Shots.

With that in mind, most companies refrain from marking up their products very much when the country is busy picking a president, he says. "What happened to WellPoint during the reform debate is an example of what they want to avoid," he says. "You don't want to become the topic."

In case you've forgotten, the administration made a talking point out of insurance giant WellPoint's planned 39 percent increase in rates for some policies in California back in 2010.

The analysis made use of a database of wholesale prices, which don't reflect rebates and discounts. Still, these list prices serve as a benchmark that can be tracked to determine trends. Inflation, in case you're wondering, is running around 3.4 percent, according to the latest figures.

Leading the price-increase pack this time around is AstraZeneca, maker of cholesterol-fighter Crestor and heartburn remedy Nexium. This month the company raised list prices for its medicines in the U.S. by 9.5 percent, according Evans. The price for a month's supply of Crestor increased 8 percent. Nexium went up 6 percent, and the price for Atacand, a blood pressure remedy, rose 15 percent.

"While I will not comment on specifics, I can tell you that AstraZeneca medicines are competitively priced," AstraZeneca spokesman Tony Jewell told Shots. "We work with health care provides, insurers and patients to ensure our medicines are affordable to those who need them."

Why, given the political risks, are so many companies hiking prices? Evans says they have little choice. Sales volume measured in units (such as the number of pills and capsules sold) is growing very slowly. And many big sellers, such as Lipitor, are going generic, eating away at companies' sales. "The only reason revenue is growing in the U.S. at all is because of price increases," Evans says.

There's another important factor. The main subject of the political debate isn't drug pricing right now, he says. Instead, the marquee battle is about whether to keep or repeal the Affordable Care Act, assuming it survives a Supreme Court challenge.

Still, Evans, who used to help figure out drug prices for Roche, says he wouldn't want to wander into a political minefield bearing products with marked-up prices, unless he absolutely had to.

A rundown of price increases for brand-name drugs compiled by Richard Evans of Sector & Sovereign Research. 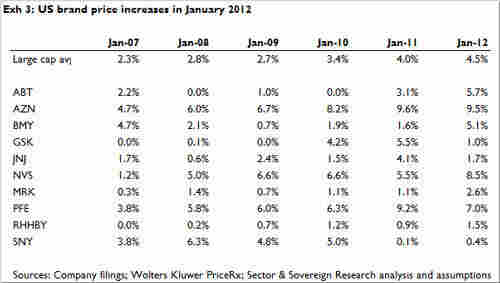