Accessibility links
Insurers Are Grumpy Over Booming Sleep Apnea Business : Shots - Health News Sleep apnea is a condition that can raise the risk of several serious illnesses, including heart disease. Testing for the condition is a lucrative business, and sleep labs have sprung up across the country. But as spending skyrockets, insurers are rethinking how they pay for testing to curb costs.

Snoring was once considered a simple annoyance for bed partners, but there is a growing awareness in the medical community that the grunts and snorts of noisy sleepers can also be a sign of sleep apnea.

It's a condition shown to increase the risk of several serious illnesses, including heart disease, stroke and dementia. Critics, however, worry that overnight tests to diagnose apnea, particularly those done in sleep labs, may be over-prescribed, at great cost to the health care system.

Testing can be a lucrative business, and labs have popped up in free-standing clinics and hospitals across the country. Over the past decade, the number of accredited sleep labs that test for the disorder has quadrupled, according to the American Academy of Sleep Medicine.

At the same time, insurer spending on the procedure has skyrocketed. Medicare payments for sleep testing increased from $62 million in 2001 to $235 million in 2009, according to the Office of the Inspector General.

Sleep apnea occurs when the muscles in the back of the throat relax. That causes an airway obstruction that can stop a person's breathing for several seconds — even minutes. It causes restless sleep and, sometimes, dangerously-low blood oxygen levels. The disorder can be diagnosed by monitoring a snorer's sleep patterns, either in an overnight visit to a sleep lab or at home using a portable testing device. It's then often treated with a CPAP machine that helps keep a snorer's airway open during sleep.

Sleep apnea has likely become more common because the population has grown older and more obese — two major risk factors for the disorder. The National Institutes of Health estimates that more than 12 million Americans suffer from the apnea. Many are never diagnosed.

"The medical community is sort of dropping the ball," Dr. David Gross, medical director of the sleep lab at the National Rehabilitation Hospital in Washington, D.C., says. "It's just sad when you walk through the hospital and you see these patients with heart failure — the person might be 35 years old, he's 350 pounds — but no one's thinking that he has sleep apnea, which he statistically does." Gross says more than three-quarters of the patients who come to his lab are diagnosed with apnea. 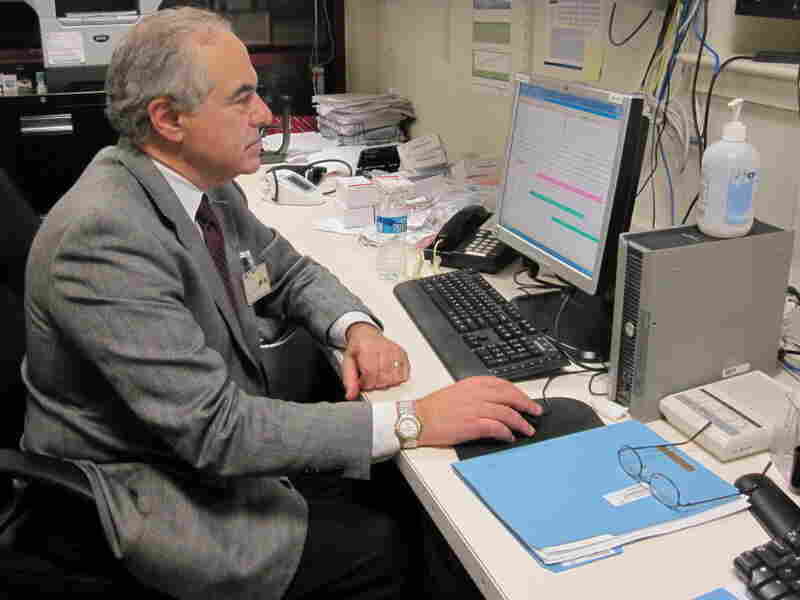 Dr. David Gross, medical director of the sleep lab at the National Rehabilitation Hospital in Washington, D.C., says more than three-quarters of the patients who come to his lab are diagnosed with apnea. Jenny Gold/Kaiser Health News hide caption 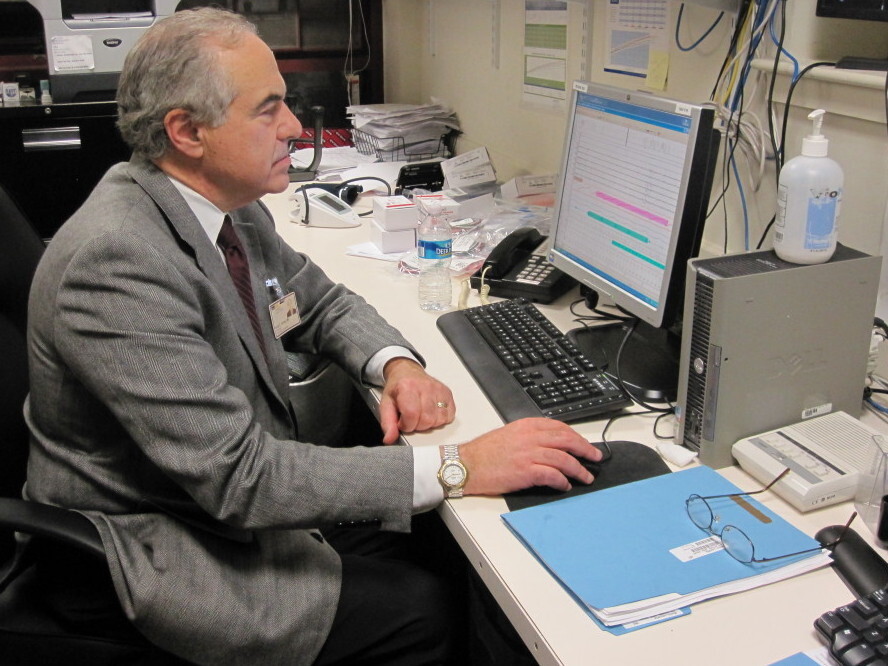 Dr. David Gross, medical director of the sleep lab at the National Rehabilitation Hospital in Washington, D.C., says more than three-quarters of the patients who come to his lab are diagnosed with apnea.

But the testing isn't cheap: Each night at a hospital sleep lab can cost $1,900 and is usually mostly covered by a patient's health insurance. Some patients end up spending two nights at the lab — one to test for apnea and the second to try the CPAP machine.

Dr. Fred Holt, an expert on fraud and abuse and a medical director of Blue Cross Blue Shield in North Carolina, says some patients aren't having basic exams done first and are therefore being prescribed expensive tests they don't need. Not everyone who snores has a chronic disorder, he says. In other cases, Holt says, the labs prescribe CPAP machines right away without first suggesting other strategies that could reduce apnea, such as losing weight or sleeping on your side.

"We are spending more and more money on sleep testing and treatment," he says, "and like anything else in health care, there are unscrupulous people out there who are more than happy to do testing and treatment that might be of questionable value. This might be because of naiveté on the part of the physician, or unfortunately, it could be done for the sake of improving the cash flow of the business."

It's no secret that the sleep business can be lucrative for physicians. A website for Aviisha, a sleep testing company, has a special page for physicians showing a picture of a doctor with a stack of money in his lab coat pocket. And in February, the American Academy of Sleep Medicine is offering a seminar on the "business of sleep medicine for physicians" at a golf resort in Arizona.

While many sleep centers offer comprehensive care for sleep disorders, others are largely focused on overnight sleep testing, according to Dr. Nancy Collop, president of the academy. "A lot of people have gotten into the sleep business specifically to do that procedure," she says. The goal of the academy's accreditation process, she says, is to make sure sleep labs are offering more, because "many patients may not even need a sleep study."

Helen Darling, president of the National Business Group on Health, which represents large employers offering health insurance to their workers, says the tests are driving up the cost of premiums. "This is a good example of something where we have technology, we have financial incentives to use more of it then we've historically done. You have enough problems, including a growing obesity epidemic, and you sort of put together the so-called perfect storm for driving up overuse and health care costs."

Doctors should focus instead on common-sense approaches to sleep apnea, she says, like losing weight, before turning to expensive testing and medical devices.

Another option is a home sleep test, which costs less than a fifth as much as a lab test, and is considered effective for most patients. Medicare began paying for home sleep tests in 2008, but the tests have had only modest growth.

"I believe lab tests, as opposed to the home tests, are being wildly overprescribed," says Michael Backus, senior vice president of American Imaging Management, a subsidiary of WellPoint.

Right now, 99 percent of the sleep tests given to WellPoint patients are done in the lab, he says, but "it should be 70 percent at home and 30 percent in the lab." Backus adds that the majority of patients who are diagnosed with apnea and then given CPAP machines stop using them within the first year.

Some insurers, including WellPoint, are changing the way they pay for sleep testing to curb the costs. Many now require a special pre-authorization. They also ask the doctor whether a patient qualifies for a home sleep test instead of one at the lab. Those changes are now widespread among Massachusetts insurers and are having an effect on the sleep industry in the state.

Dr. Lawrence Epstein, the chief medical officer of Sleep HealthCenters in Massachusetts, says the labs have already experienced a 20 percent drop in the number of patients coming in for testing. While the past decade was focused on industry growth, he says it's "now going to be about consolidation and provision of better quality, more efficient care."

Sleep HealthCenters has shut down three of its 15 sleep labs, and more closures may be on the way. Epstein says the company is focusing more on "sleep wellness," including treating and managing sleep disorders, and less on testing. The key, he says, is to become more efficient without decreasing access to care for patients who need it.