Accessibility links
Blood Doctors Call Foul On NCAA's Screening For Sickle Cell : Shots - Health News The leading group of doctors specializing in blood disorders says it opposes the NCAA's screening program for sickle cell trait in college athletes. The doctors say it overlooks other, more common factors in exercise-related deaths and is not a comprehensive solution. 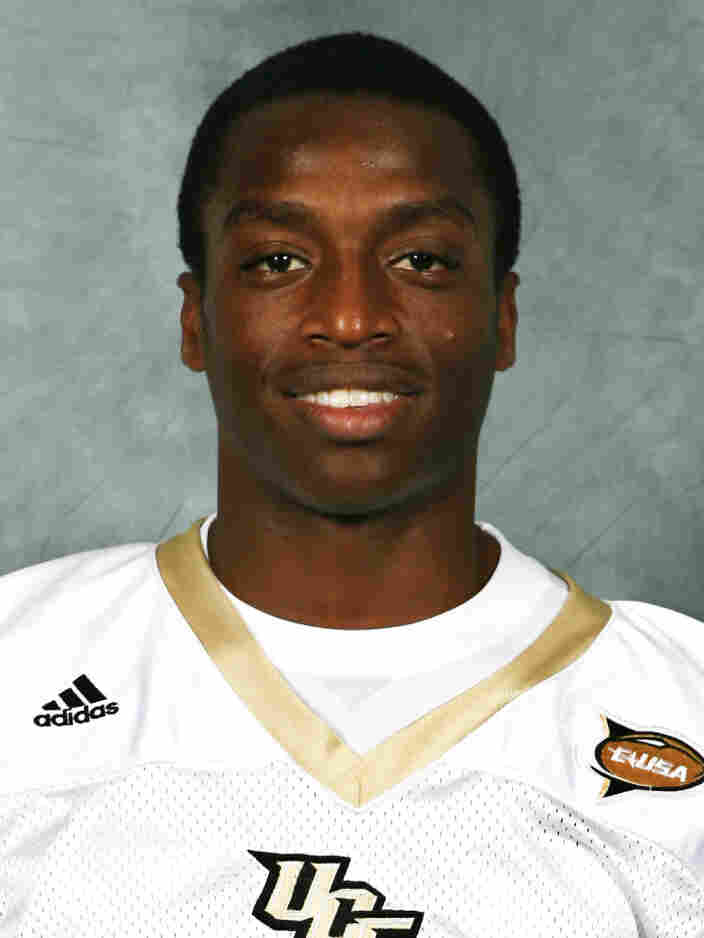 University of Central Florida wide receiver Ereck Plancher died in 2008, after taking part in voluntary strength and conditioning drills. A lawsuit by his family claimed his death was related to complications from sickle cell trait that weren't properly treated. The university is appealing the decision against it. AP hide caption 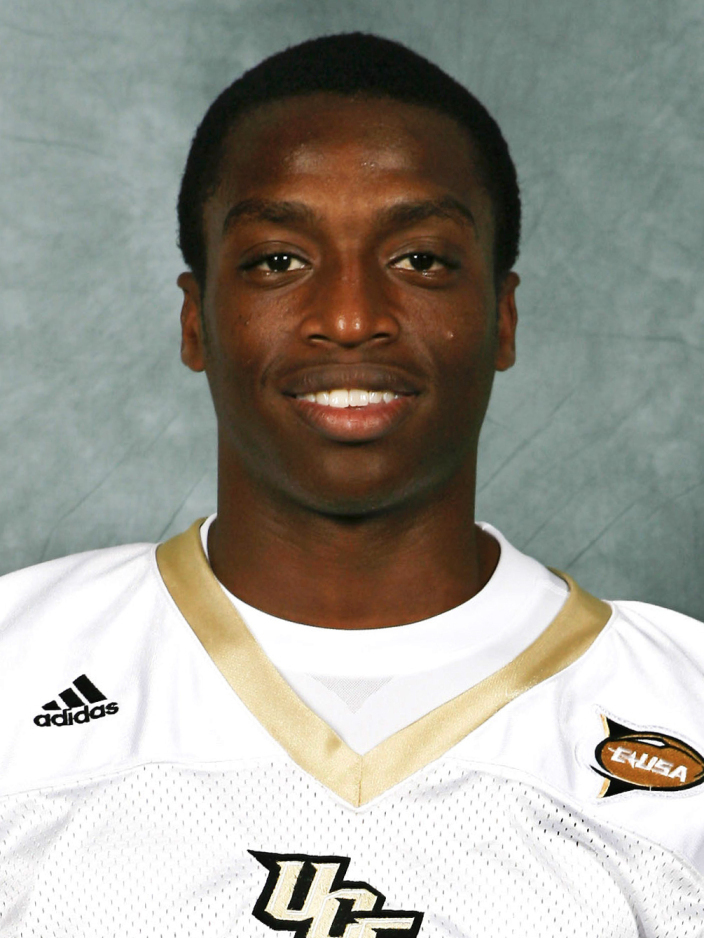 University of Central Florida wide receiver Ereck Plancher died in 2008, after taking part in voluntary strength and conditioning drills. A lawsuit by his family claimed his death was related to complications from sickle cell trait that weren't properly treated. The university is appealing the decision against it.

If you're a college athlete who's talented enough to play a Division I sport, the NCAA requires that you get a blood test to see if you have sickle cell trait.

People with sickle cell trait carry one copy of a gene that can lead to an abnormal type of hemoglobin, the oxygen-carrying molecule in red blood cells. (Two copies of the gene lead to sickle cell disease.)

For people with sickle cell trait, it's not usually much of a health concern. Most of their hemoglobin is just fine.

But under extreme conditions, such as dehydration and harsh training, people with the trait can run into trouble when their red blood cells "sickle" and interfere with the flow of blood.

A series of deaths in college athletes led the NCAA to institute the screening rule in 2010.

Now, the leading group of doctors specializing in blood disorders says that screening program doesn't make sense. "When we looked at the NCAA policy, we thought it was wrong," says Dr. Janis Abkowitz, president-elect of the American Society of Hematology. "We thought it was insufficient and overly broad."

The hematologists want the NCAA to rethink its approach, and they're making their opposition known as the sports organization moves to institute screening for Division III schools.

So what's wrong with the NCAA's current approach? Screening without intervention to help athletes cope is wrong, Abkowitz tells Shots. So is screening without counseling, because it can lead to misinformation.

The NCAA didn't respond to a call from Shots for its reaction to the hematologists' objections.

What do the hematologists suggest instead of screening? A universal approach for managing the risk from athletic participation modeled after one used by the U.S. Army.

That means paying attention to heat acclimatization, proper hydration and rest periods. Since implementing the program in 1996, the Army has discontinued mandatory screening for the sickle cell trait, the hematology group says.

"If there's a solution that takes away risk for everyone, that's a better solution," says Abkowitz, a hematologist at the University of Washington School of Medicine in Seattle.

Plus, the hematologists says, the NCAA's program, as it is currently being carried out, can harm students. There's not enough attention on counseling and support, Abkowitz says. The hematology group's statement expresses concern that screening "could lead to stigmatization and racial discrimination."

Sickle cell trait, though not exclusive to African-Americans, is most common among them, affecting about 1 in 12. Students can sign a release to skip the testing, under the current rule.

People with sickle cell trait can participate in strenuous activities, Abkowitz says. They need to know the right way to train and take part. "Yes, you can play, and here's how" should be the message, she says.