Accessibility links
Romney's Unlikely And Persuasive Defense Of The 'Individual Mandate' : Shots - Health News Mitt Romney offered a vigorous defense Thursday night of Massachusetts' decision to mandate that nearly every resident either have health insurance or pay a tax penalty. In fact, some say it was the best defense of the individual mandate made by any candidate — including the president — so far this election cycle. 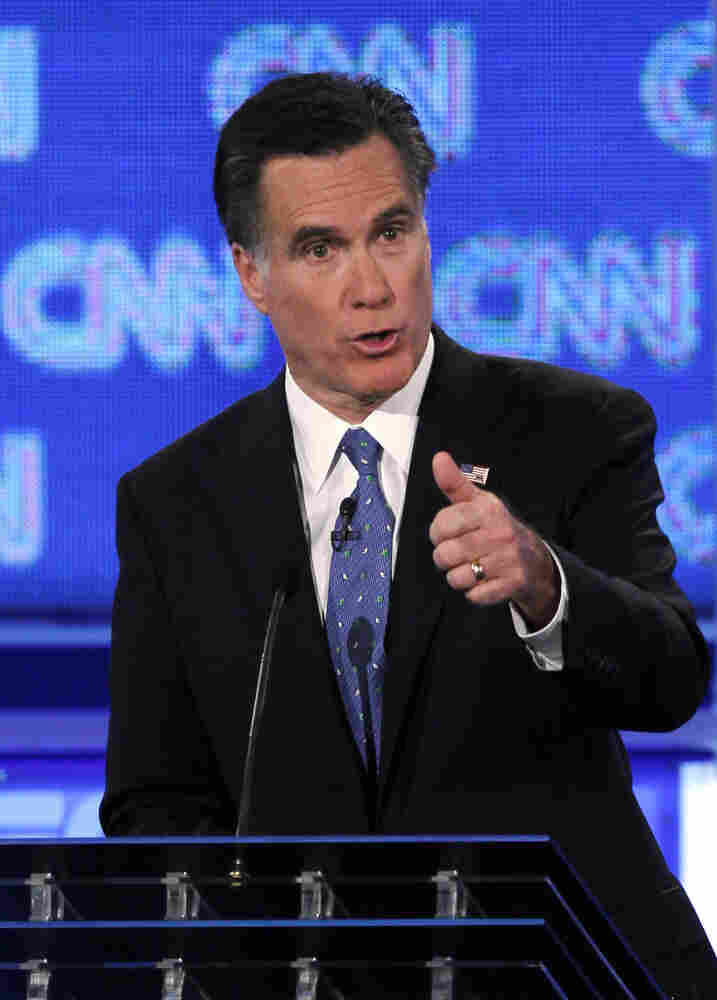 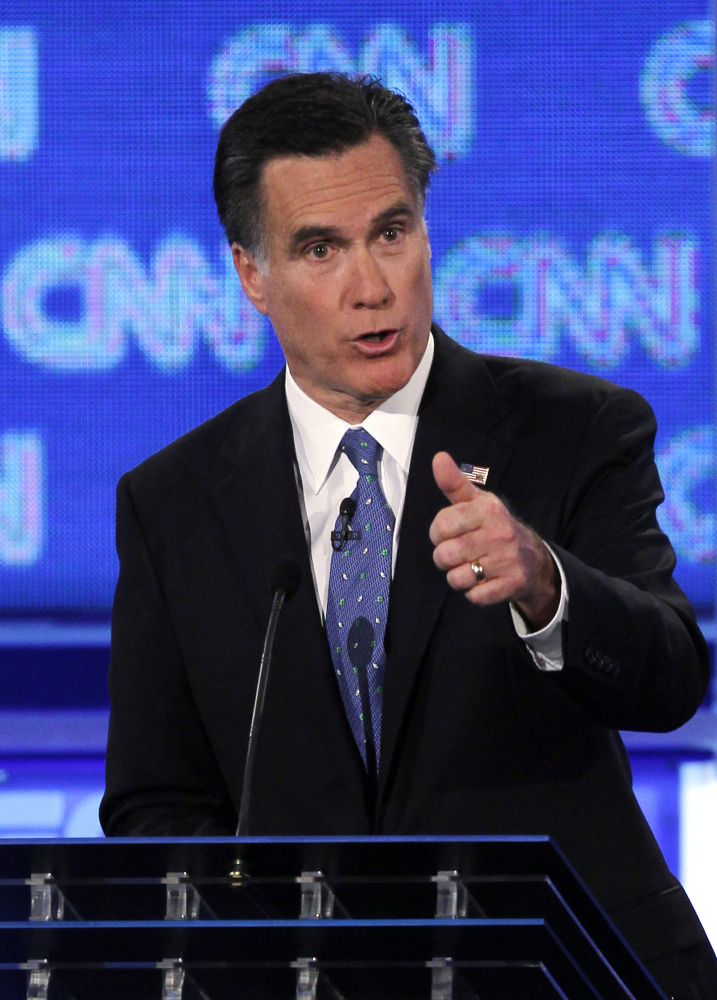 For a candidate who keeps vowing to repeal the 2010 federal Affordable Care Act, former Massachusetts Gov. Mitt Romney sure can make a convincing argument on its behalf.

At least that's how it appeared to a lot of people after last night's Republican Presidential debate in Jacksonville, Fla.

During a more than 10-minute back-and-forth on health care largely between Romney and former Pennsylvania Sen. Rick Santorum, Romney ended up delivering a lengthy justification for his state's decision to pass a 2006 law that included requiring nearly every resident to either have health insurance or pay a tax penalty.

"If you don't want to buy insurance, then you have to help pay for the cost of the state picking up your bill, because under federal law if someone doesn't have insurance, then we have to care for them in the hospitals, give them free care," said Romney. "So we said, no more, no more free riders. We are insisting on personal responsibility. Either get the insurance or help pay for your care."

"Does everybody in Massachusetts have a requirement to buy health care?" asked Santorum?

"Everyone has a requirement to either buy it or pay the state for the cost of providing them free care," Romney shot back. "Because the idea of people getting something for free when they could afford to care for themselves is something that we decided in our state was not a good idea."

Santorum's conclusion was that "in Massachusetts, everybody is mandated, as a condition of breathing ... to buy health insurance, and if you don't ... you have to pay a fine."

But backers of the requirement saw Romney's explanation in a somewhat different light.

Said John McDonough, a professor at the Harvard School of Public Health, "Romney has given in this entire presidential campaign last evening what I believe is the most effective and persuasive rationale and defense of the individual mandate."

Of course, that may not be a good thing for Romney as he fights to win over Republicans who dislike the 2010 law in general, and the insurance requirement in particular. Santorum said the Massachusetts law passed under Romney's stewardship in 2006 is too close to the federal law for Republicans to make health care an issue this fall.

"It does not provide the contrast we need with Barack Obama if we're going to take on that most important issue. We cannot give the issue of health care away in this election," he said.

And while Romney insisted that the Massachusetts law and the federal law differ in significant ways, McDonough, who was intimately involved in the development and passage of both the Massachusetts and federal health laws, insists that's not really the case.

"The similarities go far far beyond the mandate," he said. For example, "the essential architecture of the insurance reforms in the Affordable Care Act are taken wholly from the Massachusetts health reform law."

On the other hand, Santorum may have overspoken when he claimed that the Massachusetts law isn't working very well.

"We find the state is continuing to do quite well in terms of maintaining high levels of health insurance coverage and improvements in access to care," said lead author Sharon Long of the University of Minnesota and the Urban Institute. "Including for the first time we're seeing reductions in emergency department use, and also some improvements in health status. So really, some very positive changes that came with health reform."

Positive for Massachusetts residents, perhaps. Positive for Mitt Romney's chances to win the Republican nomination? That still remains to be seen.