Accessibility links
More Than A Million Condoms Recalled In South Africa : Shots - Health News The affected condoms — a government brand called Choice — were distributed early this month as part of the festivities marking the 100th anniversary of the founding of the African National Congress.

More Than A Million Condoms Recalled In South Africa

More Than A Million Condoms Recalled In South Africa 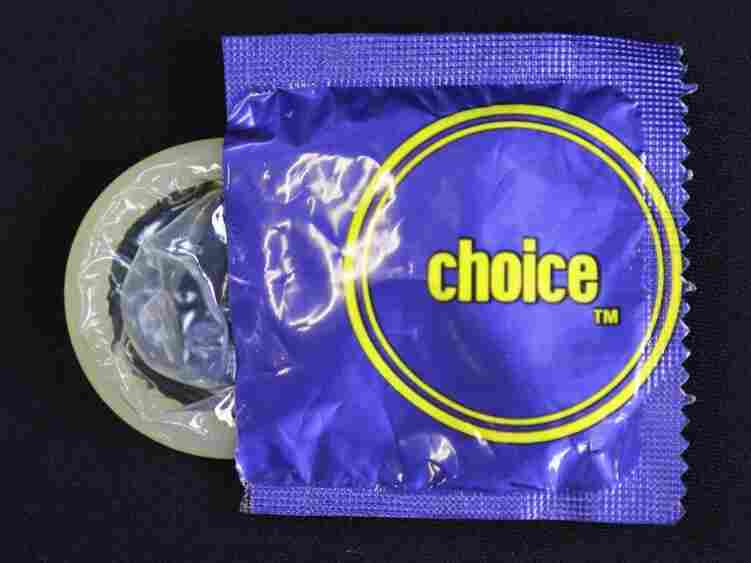 Condoms like this one were given out during the African National Congress party's centenary celebrations in early Now a South African health official says that 1.35 million of them are being recalled amid charges some broke during sex. Denis Farrell/AP hide caption

The party may be over, but the trouble may just be starting in South Africa.

The health department in Free State province is recalling 1.35 million condoms that may not be up to snuff.

The affected condoms — a government brand called Choice — were distributed early this month as part of the festivities marking the 100th anniversary of the founding of the African National Congress.

The ANC, the ruling political party in the country for the past 17 years, is known for its pivotal role in the ending of apartheid and its longtime leader Nelson Mandela's message of equality.

But quite a few of the "revolutionary rubbers," as the City Press newspaper called the freebies, reportedly broke during sex. "People would claim that the condoms burst," AIDS activist Sello Mokhalipi, of the Treatment Action Campaign, told the paper. "When we investigated the complaints it turned out the condoms are porous."

A Free State health department spokesman told the Associated Press they were given out in hotels and bars in the city of Bloemfontein during the ANC centenary celebrations there.

Mokhalipi told the AP that TAC's testing with water-filled condoms found "they were leaking like sieves."

The South African Bureau of Standards certifies that condoms are in compliance with international standards. All the condoms reportedly got the SABS OK.

While HIV remains a challenging public health problem in South Africa, a recently published analysis suggests that condoms have played a key role in reducing the incidence of HIV infections in recent years.

If you've ever wondered how condoms are tested, the nerds at Consumer Reports revealed their methods in a video you can watch above.