Accessibility links
A Computer Beats A Pen For Getting Prescriptions Right : Shots - Health News Hospitals see a huge drop in drug mistakes when doctors use a computer to write prescriptions, instead of pen and paper. Software can correct miscalculations, warn of allergic reactions and eliminate doctors' notoriously poor handwriting. But few hospitals have adopted the technology so far. 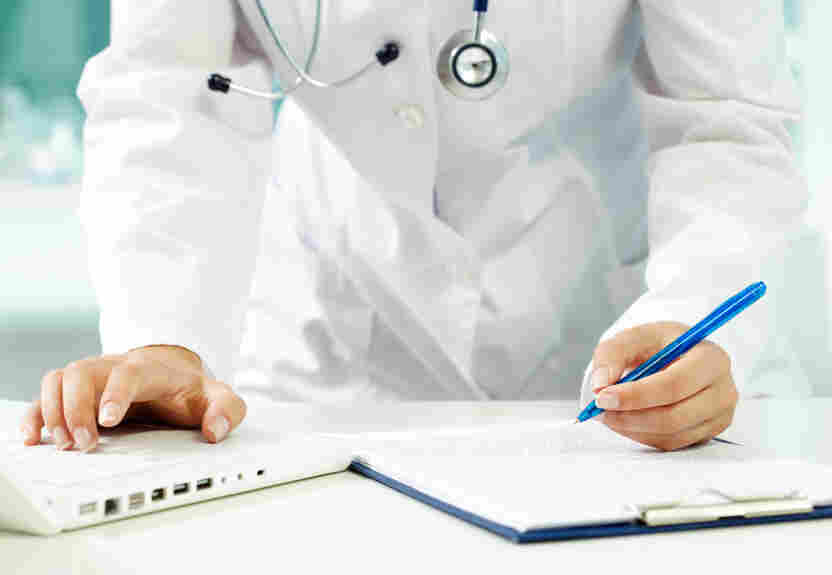 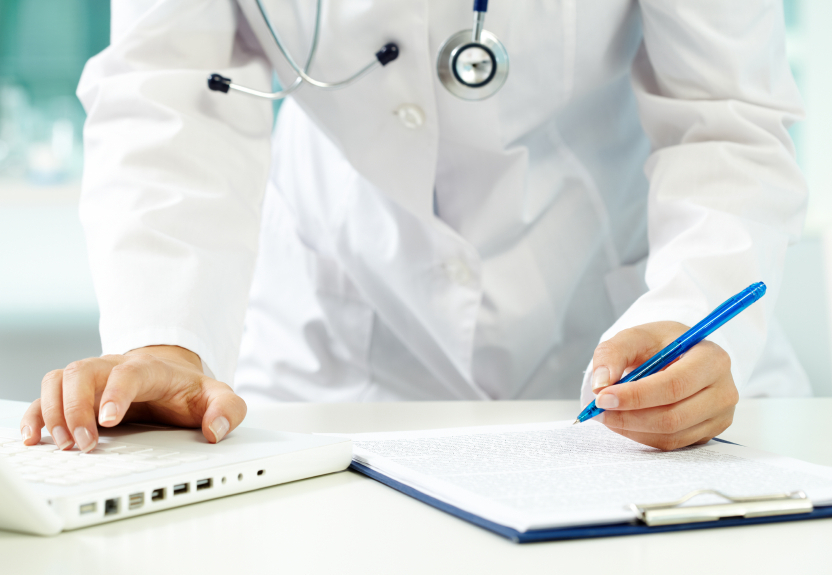 By one estimate, 1 in 7 hospitalized patients suffers some form of error in care. Nearly a third of those mistakes are related to drugs. And those mix-ups can lead to longer hospital stays, unnecessary suffering, permanent damage or death.

One way to reduce mistakes is to have doctors enter the prescriptions on a computer instead of with pen and paper. After the switch, hospitals can see error rates drop by a whopping 60 percent.

That's the result of a study, published today in PLoS Medicine, that tracked medication errors in two Australian hospitals before and after installing electronic prescription systems.

For starters, the old saw about doctors having illegible chicken scratches is for real. "People can actually read the prescribing orders now," Johanna Westbrook, director of the Centre for Health Systems and Safety Research at the University of New South Wales and lead author on the study, tells Shots. "You're not relying on trying to interpret handwriting."

Incomplete and unclear prescriptions, which numbered in the hundreds during the months before the systems were installed, dropped to single digits at both hospitals.

But the computerized systems do more than eliminate poor penmanship. Even the most legible prescriptions can include miscalculations and oversights. A doctor might get the dose wrong, or choose a drug that interacts harmfully with another medication. That's why the computerized systems include data about each patient and a set of rules for proper dosing, allergies and drug interactions. The software gives helpful hints and warning messages to guide doctors' decisions.

On the other hand, Westbrook says, the design of the software can introduce errors "that would never occur on paper," like picking the wrong option from a drop-down menu.

In Westbrook's analysis, software design accounted for 35 percent of the remaining errors after the systems were installed. Most mistakes were minor, and many could be prevented by improving the program — say, by putting the most-used options at the top of each menu.

That means the potential of electronic prescriptions is even greater than the 60 percent error reduction seen in the study. For comparison, Westbrook points to a standardized paper medication chart introduced in Australia in 2006, which she says reduced errors by a paltry 4 percent.

With numbers like these, you'd think hospitals would be rushing to move to digital prescriptions. But an annual survey by the Leapfrog Group, a nonprofit that has established quality and safety standards for health systems, finds only 17 percent of responding hospitals in the U.S. use computerized ordering systems now.

"I think it's surprising to most people that the vast amount of hospitals are still using pen and paper for prescribing," says Leapfrog CEO Leah Binder.

Hospitals are reluctant to install the systems, Binder says, because they're seen as expensive and painful to implement. And hospitals that do make the investment can't assume they'll be perfect right out of the box, she says.

Leapfrog requires that hospitals test their systems to see if the pre-programmed rules actually catch harmful mistakes. They feed in fake patients and fake prescription orders — some of which contain fatal errors. Across the board, about one-third of them slip through.

In practice, most of those mistakes would be caught by a doctor, pharmacist or nurse before any harm was done. Binder says the failures in the software underscore the need for continued testing and improvement.

But, she says, there are clear advantages for hospitals that have made the switch. Take Boston's Brigham & Women's, which was an early adopter back in 2004. "That's a safer hospital," Binder says. "Period."