Accessibility links
What Spermicide Users Should Know, But Often Don't : Shots - Health News Condoms, vaginal films, jellies, foams and sponges containing the spermicide N-9 are widely available without a doctor's prescription. N-9 can increase the risk of HIV transmission in certain cases, but many consumers don't know that. 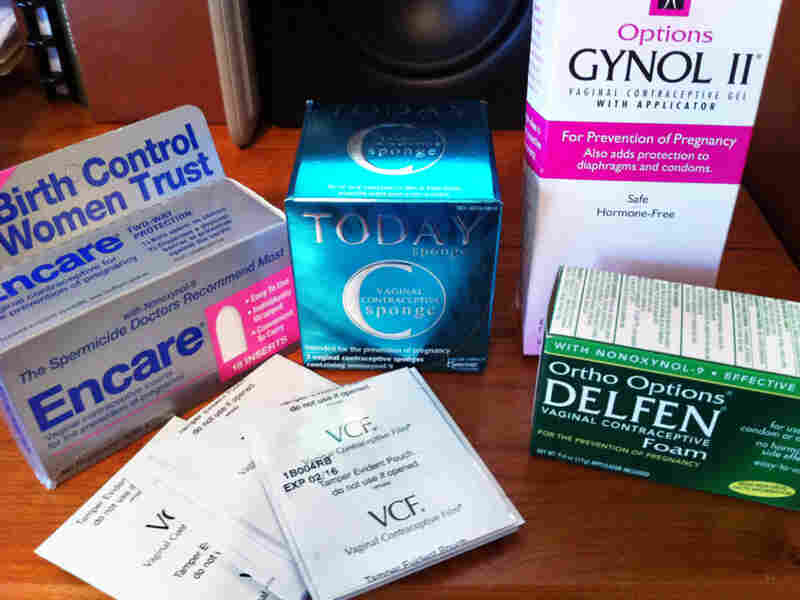 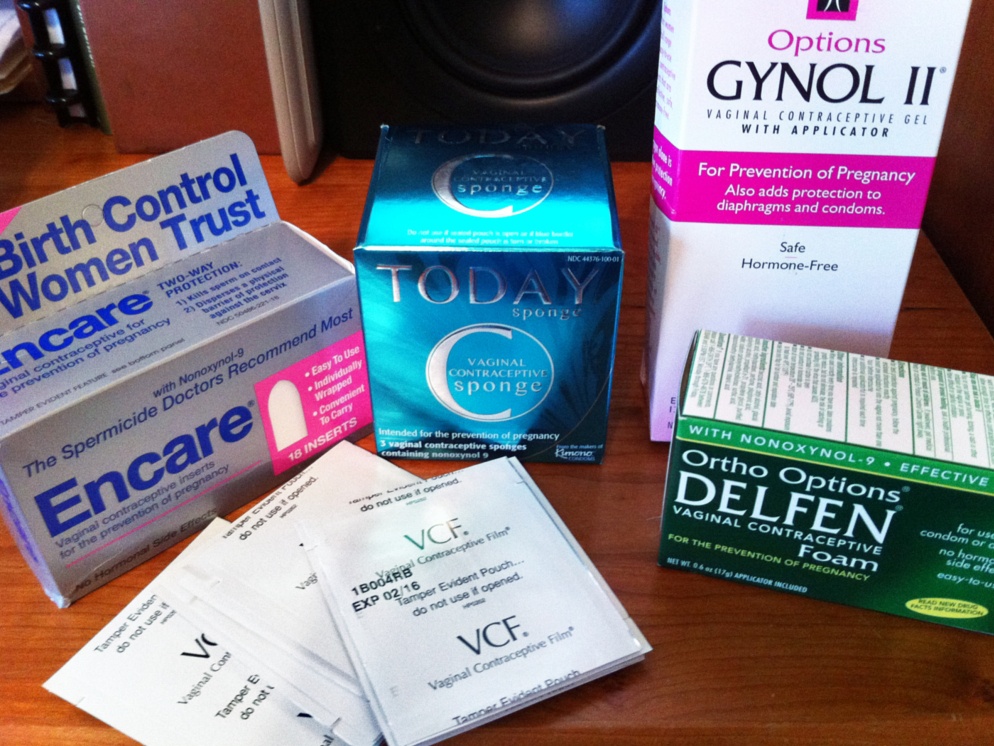 Many over-the-counter contraceptives contain a spermicide known as nonoxynol-9.

When Lisa Rentz decided she'd had enough of birth control pills, she walked into her local drug store and picked up something different: a vaginal contraceptive film that contains the spermicide nonoxynol-9, or N-9.

She admits that she didn't read the instructions all that closely but simply assumed any over-the-counter product was safe. Though N-9 was once thought to protect against HIV, public health officials now know that it can actually increase a person's HIV risk. Even so, people who use these products may not be fully informed.

"I was not aware of the increased chances of HIV transmission, which is alarming," Rentz says. "That does seem to me something that should be printed larger on the box."

"One of the risks that everybody who uses spermicide should be aware of is that if there is a likelihood that your partner may have one of these sexually transmitted diseases, then it should probably be used with caution," says Michael Rosenberg, a former researcher at the Centers for Disease Control and Prevention. "A product like this is probably best used with a couple who is monogamous."

Ironically, N-9 is actually very effective at killing the microorganisms that cause sexually transmitted diseases such as chlamydia, gonorrhea and HIV, Rosenberg says. There's just one small problem — it also irritates the cells that line the vagina and the rectum, making them more vulnerable to attack by those same viruses and bacteria.

"Nonoxynol-9 is a detergent, and what that means is that it disrupts the layers of the cell membranes," he says. "When you use it frequently, it can actually erode a lot of the cells that are present that help protect against these diseases."

So why are products containing N-9 still available at all? One reason is that less than 1 percent of U.S. women use spermicides. Medical professionals say most of them are unlikely to have an HIV-infected partner. It's also because barrier birth control methods, like the diaphragm or cervical cap, must be used with a spermicide. Pulling N-9 — the only spermicide available in the U.S. — off the market would effectively eliminate those few existing nonhormonal sources of birth control.

For some women, like Rentz, who have been in a monogamous relationship for years with an HIV-negative partner, there is virtually no risk at all, according to Mayo Clinic OB-GYN Petra Casey. Women simply need to be well-informed so they can choose a birth-control method that's right for them.

"Those that don't go to their health care provider and just obtain these over-the-counter products may or may not read the package labeling from top to bottom, so they may not be as aware," she says. It's a fairly small group of women and a low-risk population in most situations, though, she says, and it's not a huge public health problem.

Another factor is that the studies that demonstrated an increased risk for HIV were done with sex workers who used the products multiple times a day, Rosenberg says. And the risk is thought to be lower for women who use spermicides less frequently.

"If you use these a couple of times a week, I suspect that you're fine," he says. "If there is any increased risk at all, it's very minimal, and it might even be protective. It's hard to know in these populations because they haven't been studied."

But for high-frequency users, or women at high risk for HIV — such as sex workers or those with HIV-infected partners — medical professionals say a condom is a much better choice.