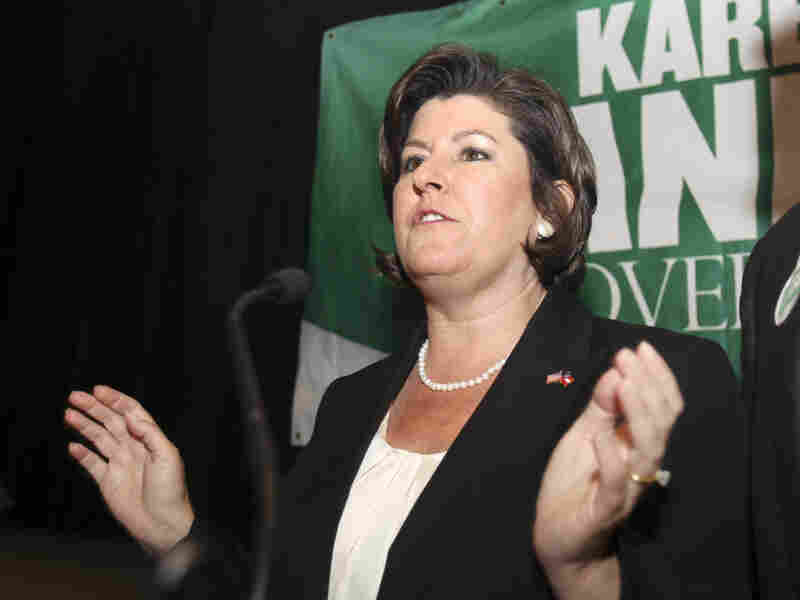 Georgia gubernatorial candidate Karen Handel talks with supporters at an election-night party in Atlanta in August. Handel, who lost a runoff for the GOP nomination, then became a top official at Susan G. Komen for the Cure. John Bazemore/AP hide caption 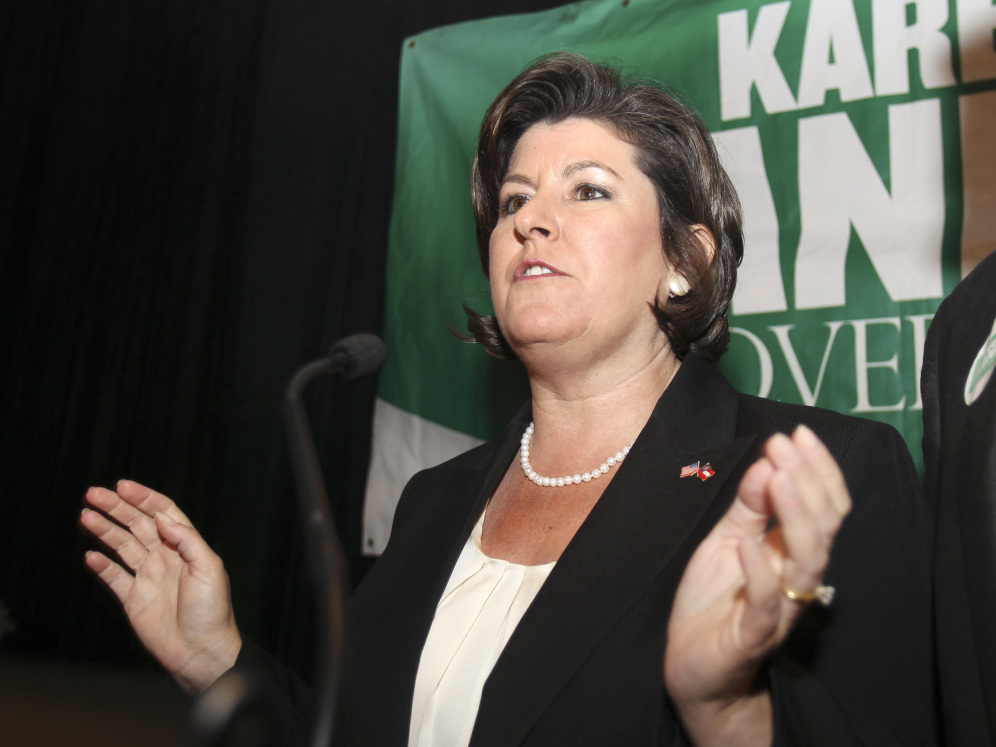 Georgia gubernatorial candidate Karen Handel talks with supporters at an election-night party in Atlanta in August. Handel, who lost a runoff for the GOP nomination, then became a top official at Susan G. Komen for the Cure.

A high-ranking official at the Susan G. Komen for the Cure foundation has resigned amid fallout from the charity's move, since reversed, to halt funding for breast cancer screening by Planned Parenthood.

Karen Handel, a former Republican candidate for governor in Georgia, resigned her job, effective immediately, as senior vice president for public policy. The Associated Press first reported the move. The Komen foundation confirmed the report in an email to Shots.

The Atlanta Journal-Constitution posted a copy of Handel's resignation letter. In it, Handel wrote that the decision to "exit the controversy surrounding Planned Parenthood and its grants was fully vetted by every appropriate level within the organization." And, she wrote, "No objections were made to moving forward."

Neither the decision nor the changes themselves were based on anyone's political beliefs or ideology. Rather, both were based on Komen's mission and how to better serve women, as well as a realization of the need to distance Komen from controversy.

Komen said last week that it had changed its grant-making criteria. Its new approach would bar Planned Parenthood from future funding because the group was under investigation.

Komen then said it was a move for efficiency's sake, not one motivated by politics. After a swift backlash, Komen reversed itself, saying Planned Parenthood wouldn't be banned from funding after all.

The group issued a statement, attributed to Nancy G. Brinker, CEO and co-founder of the charity, confirming Handel's departure:

"Susan G. Komen for the Cure's mission is the same today as it was the day of its founding: to find a cure and eradicate breast cancer.

"We owe no less to our partners, supporters and, above all, the millions of people who have been and continue to be impacted by this life-threatening disease. We have made mistakes in how we have handled recent decisions and take full accountability for what has resulted, but we cannot take our eye off the ball when it comes to our mission. To do this effectively, we must learn from what we've done right, what we've done wrong and achieve our goal for the millions of women who rely on us. The stakes are simply too high and providing hope for a cure must drive our efforts.

For more on Handel, here's her Komen bio.

"Today I accepted the resignation of Karen Handel, who has served as Senior Vice President for Policy since April 2011. I have known Karen for many years, and we both share a common commitment to our organization's lifelong mission, which must always remain our sole focus. I wish her the best in future endeavors."