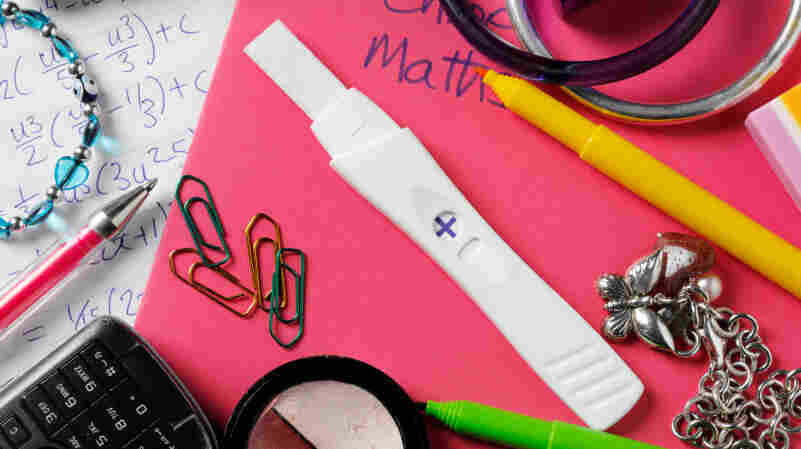 The rate of pregnancy among teens has dropped. iStockphoto.com hide caption 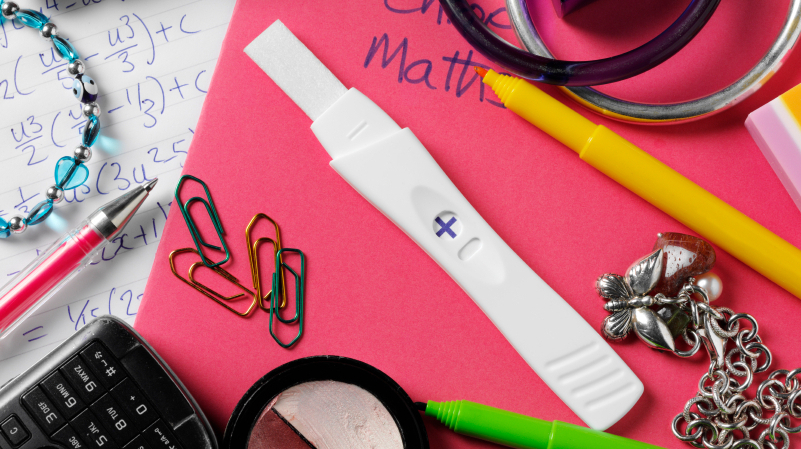 The rate of pregnancy among teens has dropped.

Teen pregnancies are at their lowest rate in nearly 40 years, according to the latest data from the Guttmacher Institute, a research organization focused on sexual and reproductive health.

While overall rates have dropped, there is still a major gap separating white, Hispanic and black teenagers.

"The disparity has pretty much been unchanged," said Kathryn Kost, a Guttmacher researcher and co-author of the report. "If you think of these rates as lines on a graph, they are all going down, but the distance between them is pretty much unchanged."

The report does not distinguish between married and unmarried teens.

Kost said the increase in contraceptive marketing has helped to reduce pregnancies, but Heather Boonstra, a senior public policy associate at Guttmacher said the cost of contraceptives continues to be a factor. Boonstra said increasing the age limit for dependent health care coverage to 26 will increase access to birth control for many teens.

"There's plenty of evidence that shows that if you take away cost in the equation,there is going to be better contraceptive use, fewer unintended pregnancies, fewer abortions, better birth outcomes," she said. "The health care reform law was not designed with teens in mind, but ... the more parents that are insured, the more teens or their dependents are insured, so certainly that will help."

Bill Albert, the chief program officer of The National Campaign to Prevent Teen and Unplanned Pregnancy, said the decreased rates are a sign of progress, but more remains to be done. He noted that 3 in 10 girls are pregnant by age 20.

"In a way the message is let's celebrate today, and then get back to work this afternoon," Albert said. "I think this underscores the need to continue to invest as the current administration has in proven efforts to prevent teen pregnancy."

Update 11:45 a.m.: A commenter was curious about the apparent discrepancy between Guttmacher's total percentage of pregnant teens — 7 percent — and Bill Albert's statement that 3 in 10 girls are pregnant by the time they are 20. So we asked Albert, who explained that the figure he gave is cumulative, accounting for the overall odds of a teen getting pregnant by 20. The Guttmacher figure of 7 percent comes from 2008 data. Albert also referred us to a National Campaign fact sheet explaining the math.