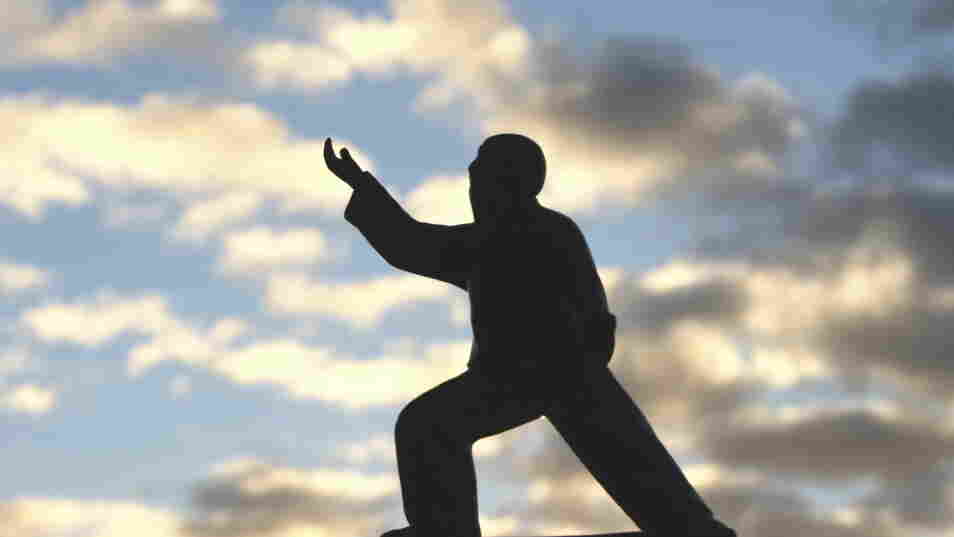 In a study, patients with Parkinson's disease, a progressive nervous-system disorder, had fewer falls after taking up Tai Chi. iStockphoto hide caption

Leona Maricle was diagnosed with Parkinson's two years ago. At the time, she was teaching math, and she says she had experienced the telltale tremors of Parkinson's for a number of years. She learned how to cope.

"The students began to notice that my hands were trembling," she recalls, "so I started learning how to compensate by keeping that hand under the table and using the other hand to pass out papers, interact with students and hand out pencils."

But soon it became clear that Maricle just couldn't give teaching her "best" anymore. She retired at age 67.

Parkinson's disease, a progressive disorder of the nervous system, affects movement and motor control. "I would need to think two or three times about moving a particular part of my body," says Maricle. "When I was sitting in a chair and needed to get up, it would take two or three mental messages to my muscles to actually move my body."

Maricle had difficulty walking upstairs, downstairs, to the car or down the street. So it's no wonder that, when she heard about a new study at the nearby Oregon Research Institute to look at the potential benefits of tai chi for Parkinson's patients, she jumped at the chance. Hoping for help but also loving all things Chinese, Maricle saw the study as a perfect fit for her.

The study, which appears in the current New England Journal of Medicine, was headed by research scientist Fuzhong Li, who practices tai chi himself. Tai chi is sometimes described as "meditation in motion," because it promotes serenity through gentle movements, connecting the mind to the body. It has been shown to help with loss of balance during normal aging and can help relieve stress. Typically, the positions and postures of tai chi involve slow, focused movements that flow from one to the next.

In the study, Li divided Parkinson's patients into three groups. One group did resistance training with weights. Another, stretching classes. And the third took up tai chi. Each group participated in a 60-minute class twice a week for six months.

That led to significantly fewer falls for patients in the tai chi group. Maricle says that before tai chi, she would lose her balance eight to 10 times a day. Now it hardly ever happens. She recently even saved herself from what would have been a sure fall before tai chi. It was raining and dark, and she tripped on the curb as she got out of her car. She was able to hop onto the curb and steady herself.

"That would have been a fall for sure six or eight months ago," she says.

"There's a memory component of our nerves, and they're receiving signals from our body all the time that are integrated by the brain," Irwin says. "And it may be that what happens with tai chi is that it's bringing awareness of the brain to these areas of the body" — thereby strengthening those areas of the brain.