Accessibility links
How My Voice Went Silent : Shots - Health News After coming down with a mysterious headache and a blazing sore throat, NPR science correspondent Richard Harris lost his voice. And it didn't come back. Doctors eventually pinpointed the cause: a paralyzed vocal cord.

How My Voice Went Silent

How My Voice Went Silent 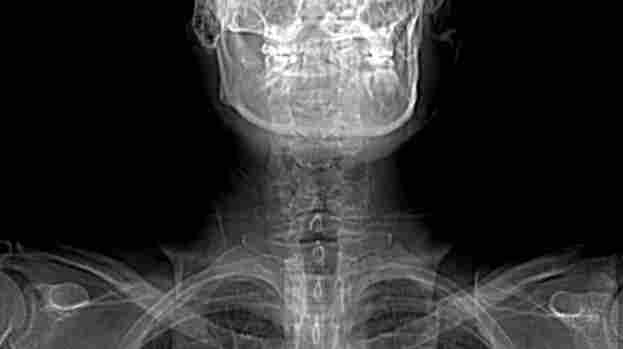 Everything looked fine on my CT scan, but I didn't sound even close to right. Courtesy of Richard Harris/NPR hide caption 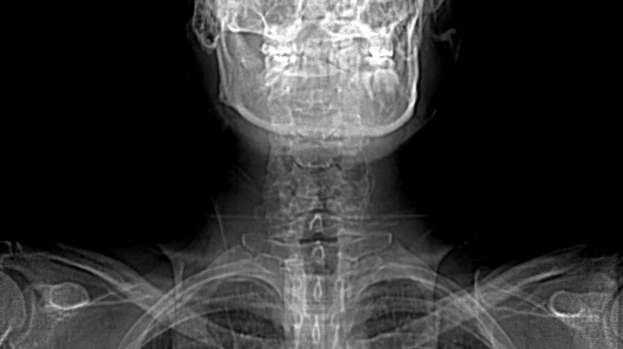 Everything looked fine on my CT scan, but I didn't sound even close to right.

There's an old joke around newsrooms: News is something that happens to your editor.

If you'll pardon the self-indulgence, I'm going to take this truism one step further: News is what happened to me.

I was laid low the week before New Year's Day by a mysterious headache and a blazing sore throat. A few days later I lost my voice.

My doctors eventually pinpointed the cause by snaking a small camera down my nose. My left vocal fold (or vocal cord if you prefer) had stopped working. It was essentially paralyzed, other than the occasional twitch.

Being a science reporter, of course I dived into the medical literature to see what was up. It turns out that good statistics are hard to come by on how frequently Americans suffer from this condition, unilateral vocal fold paralysis.

Dr. Thomas Carroll, a voice specialist at Tufts Medical Center, told me he sees about 100 cases a year. The same is true for Dr. Lee Akst, who ultimately treated me at the Voice Center at Johns Hopkins.

So, given that there are about 150 voice specialists in the U.S., that means there are probably something like 15,000 cases a year that come to their attention.

Other research suggests that about 1 percent of the population may have only one working vocal cord, but the effect on the voice is slight enough that it can go undetected. It may take two to tango, but one vocal fold vibrating next to a silent partner is good enough for a soliloquy.

The disruptive cases, like mine, are often caused by a surgeon who accidentally nicks the nerve that controls the left vocal cord. That nerve actually travels down into the chest, so it's potentially in harm's way during heart surgeries. That kind of medical boo-boo is known in the trade as "iatrogenic," which I guess is what the ancient Greek physician Hippocrates would have said when he meant "oops."

I hadn't had chest surgery over winter break, and a CT scan revealed no obvious cause. So doctors call my kind of case "idiopathic." That word has the same Greek root as "idiot," but in this case it applies to medical ignorance. So they half-heartedly blame a virus, the typical medical fall guy.

Whatever the cause, unilateral vocal fold paralysis is not particularly salutary for someone who makes a living on the radio. To give you an idea of what I mean, here's a snippet of a report I did back in October, when my voice was hearty and hale:

Richard Harris down a vocal fold.

One doctor said the easiest course of action was simply to wait it out. Sure, it could take a few months for my voice to return, but what's the rush? But waiting isn't the only option.

It turns out this disorder is common enough that there's a line of medical products to address it. My specialist at Johns Hopkins showed me a box of the stuff. Inside was a vial containing water, gelatin and sodium carboxymethylcellulose. Yes, cellulose as in the indigestible fiber that tree trunks and paper are made of.

I'll spare you the gory details, but suffice it to say the doctor injected that gelatinous stuff next to my paralyzed vocal fold, and pushed it over so it was lined up next to the one that's still working fine.

That closed the yawning gap that made my voice so breathy. And the result isn't bad, as you can hear:

Over the next six to 10 weeks, the carboxymethylcellulose will degrade in my gullet. That will buy time for the nerve to heal, which it often does. And in the meantime, I'm back on the air. It may sound a bit like I'm suddenly smoking two packs of cigarettes a day. But don't look for me outside by the ashtray.