Accessibility links
Why Catholic Groups' Health Plans Say No To Contraceptives, Yes To Viagra : Shots - Health News It's a question that Catholic-sponsored employers have objected to the administration's requirement that health plans cover contraceptives at no charge to the insured. What about coverage for medicines to help men with erectile dysfunction?

Why Catholic Groups' Health Plans Say No To Contraceptives, Yes To Viagra

Why Catholic Groups' Health Plans Say No To Contraceptives, Yes To Viagra 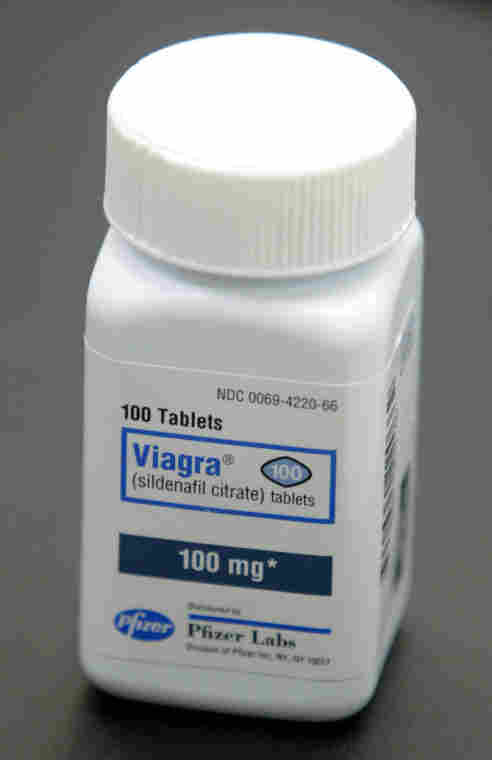 If health insurance plans offered by Catholic-sponsored entities refuse to cover contraceptives for women because of the religion's moral teachings banning artificial birth control, do they cover Viagra for men?

I got several emails asking that question after my recent report on the Obama administration's change on a rule mandating coverage of contraceptives. After the change, the administration would allow hospitals, universities and charities sponsored by religious groups to opt out of covering birth control if the institutions' insurance companies offer it instead.

The answer on Viagra coverage is usually yes, Catholic leaders say. And they argue that's neither hypocritical nor sexist.

Procreation is something the Catholic church encourages. And Viagra and other erectile dysfunction drugs can be of help.

Still, Richard Doerflinger of the U.S. Conference of Catholic Bishops tells me that many Catholic-based health plans are now adding caveats that such drugs "should be prescribed for a medically identifiable problem to prevent wide abuse."

Vasectomies, on the other hand, are banned by Catholic-sponsored health insurance. "We have the same objection to male sterilization as to the female variety," Doerflinger says.

The Catholic bishops group, by the way, first suggested that it might be OK with the revised birth control policy offered by President Obama on Friday. However, the bishops have since decided that it isn't acceptable after all.