Accessibility links
Got A Sinus Infection? Antibiotics Probably Won't Help : Shots - Health News People who got an antibiotic to treat common sinus infections didn't have milder symptoms or see those symptoms go away faster than those who got a placebo. Treat the symptoms with decongestants and other remedies, but avoid the antibiotics, researchers say. 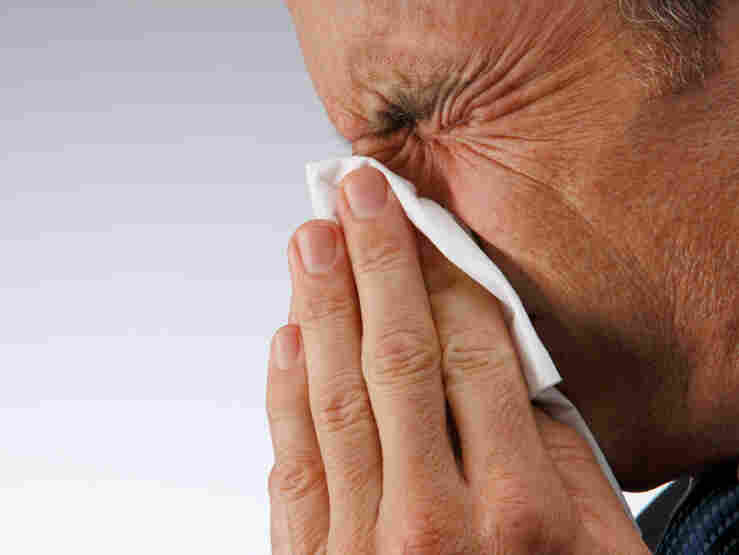 Go ahead and blow, but resist the antibiotics for a typical sinus infection. iStockphoto.com hide caption 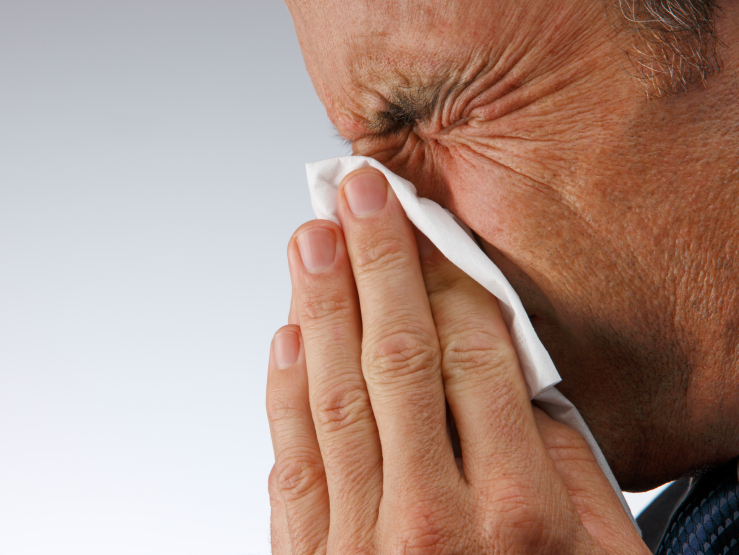 Go ahead and blow, but resist the antibiotics for a typical sinus infection.

If you've ever had a painful sinus infection, all you want is relief — fast!

So off to the doctor you go, and, as often as not, you get a prescription for an antibiotic.

Three days later, you start to feel a little better. "Thank goodness for amoxicillin!" you might say. Well, probably not quite like that, unless you're a nerdy health blogger, but you'd be saying something nice about getting a prescription from your doctor.

Well, it turns out you might have been just as happy getting nothing but advice to take a little acetaminophen for the pain, some over-the-counter cough medicine, a decongestant and regular spritzes of saline up your nose.

Researchers at Washington University's med school worked with a bunch of primary care doctors around St. Louis to test whether an antibiotic was any better than a placebo for the treatment of run-of-the-mill sinus infections. Half the patients got amoxicillin and the rest got a sugar pill.

Almost all the 166 people got offered the other remedies to relieve symptoms, and most took advantage of a least some of them. That was true whether they got the antibiotic or not.

What happened? People who got the antibiotic didn't have milder symptoms or have those symptoms go away faster than the people who got the placebo, Dr. Jay Piccirillo, senior author of the study tells Shots. The findings appear in the latest issue of JAMA, the Journal of the American Medical Association.

Piccirillo, an ear, nose and throat specialist at Wash U., says he and the other researchers didn't expect much difference between the groups at 10 days, the last day of treatment with amoxicillin. Most sinus infections get better by then anyway — whether they're caused by bacteria susceptible to an antibiotic or viruses that aren't.

"What was surprising was, at Day Three there was no difference," he says. For patients with bacterial infections, the researchers thought an antibiotic might speed up relief.

So what's the bottom line? Skip the antibiotics. "Patients can avoid the complications of antibiotics, and, as a society, we can delay the emergence of new resistant bacteria through the restrained use of antibiotics," he says.

"What we want to break is that knee-jerk request for antibiotics, and the doctor's reaction to give it," Piccirillo says.

There's one other thing, you might want to know, or not. The researchers used devised a set of standardized questions for people to rate their symptoms and health: "Sino-Nasal Outcome Test -16." For short, the ENT specialists and geeky boys just call it the SNOT-16.