Accessibility links
How Much Sleep Do Kids Need? Not Such A Mystery After All : Shots - Health News The science may not be perfect, but a prominent sleep researcher says she and her colleagues have a pretty good handle on how much sleep kids need. She defends the field against a study that claimed the experts haven't even had a clue. 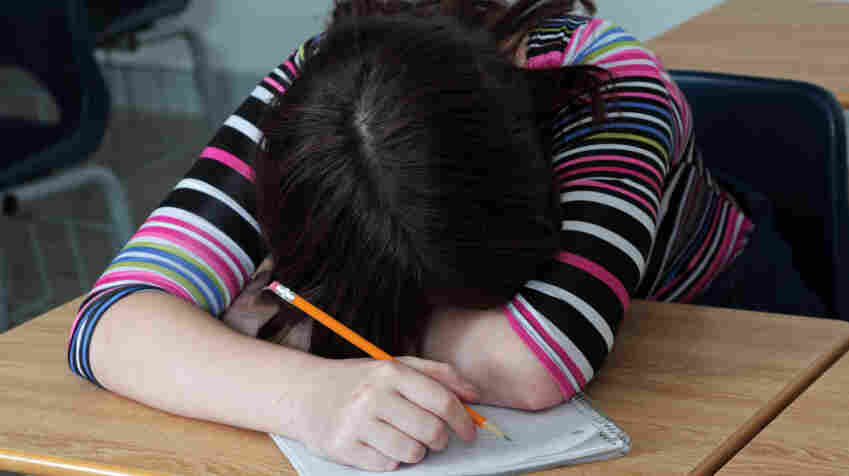 Here's one clue that your child may not be getting enough sleep. iStockphoto.com hide caption 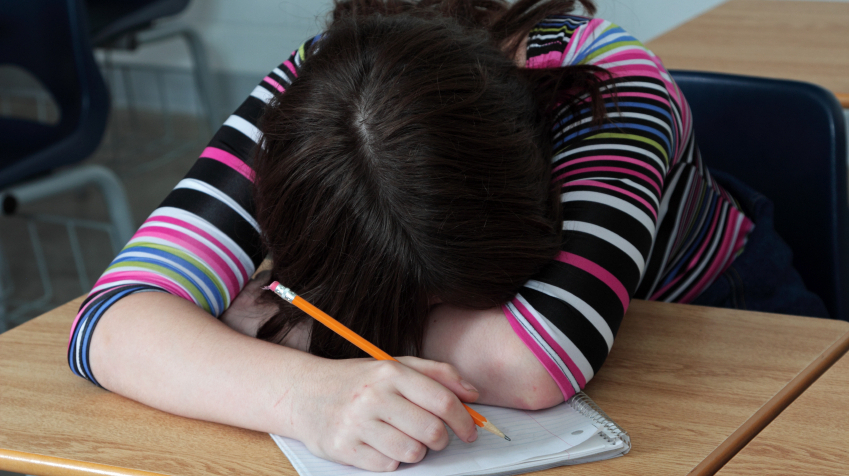 Here's one clue that your child may not be getting enough sleep.

Are doctors really clueless on how much sleep children need?

That was the provocative premise of a study we reported on yesterday.

It sparked a lot of attention from parents like me, who were left wondering where pediatricians come up those recommendations for hours of nightly sleep.

It turns out that the study also sparked attention — no, let's make that indignation — from sleep specialists like Judith Owens, a pediatrician at Children's National Medical Center in Washington.

And it's not every day that you get an email from one using the word "appalled" when referring to an article in a respected journal like Pediatrics.

So we talked with Dr. Owens to get the scoop. Here's are the highlights from our conversation, edited for length and clarity.

Q: The study that came out yesterday from researchers at the University of South Australia said there's no scientific basis for experts' sleep recommendations for children. You're one of those experts, as a researcher and author of Take Charge of Your Child's Sleep: The All-in-One Resource for Solving Sleep Problems in Kids and Teens. Is there really no solid science?

Owens: This was a study that was done, in my read, with a clear agenda, which is never something that you want to put forth when you want to write a scientific article. They left out multiple studies. It ends up looking like they picked and chose studies that suited their agenda.

Q: So what evidence did these researchers leave out?

A: There's my colleague Mary Carskadon, who has very solid data showing that teenagers need about 9 hours of sleep a night. There's the work of Avi Sadeh in Israel, which demonstrated improvement in children's behavior and cognition with extended sleep, and detriments with sleep loss.

And what are arguably the most widely cited large-scale epidemiologic studies on children's sleep duration, by Iglowstein and Jenni, are not even included in the references.

This information isn't perfect. Most of the time they're asking parents how much sleep does your child get. And most of the time the parents are estimating how long their children are in bed. It's flawed data to begin with, and we do recognize that. But there is an evidence base.

Q: One of your big beefs with this study is that they say because the parent-reported time in bed is less than the current sleep recommendations, the experts are inflating the amount of sleep needed.

A: This is tantamount to concluding that because parents report that children get less exercise than is recommended, the recommendations are inflated. This reasoning is not only absurd, but irresponsible.

Q: So how can parents figure out how much sleep their children need?

A: We've found that parents want numbers; it's not enough to say that your child is well rested if her behavior is x, y and z. So we always give ranges in terms of the number of hours a night of sleep a child needs. The National Sleep Foundation has done a very good job at keeping that data, and the Harvard Division of Sleep Medicine also has some very good information on their site.

We give the numbers, but we always give the context in which those numbers should be evaluated. We always make sure that with younger kids, we talk about daytime naps as well as nighttime sleep.

And we always use the caveat that there are clues to make sure that your child is getting enough sleep. For instance: Your child wakes up spontaneously at the time they're supposed to wake up. They're alert in the morning.

Granted, there are things we don't know. But this is information that I think we can confidently pass on to parents.