Accessibility links
The High Price Of Caring For A Loved One With Alzheimer's : Shots - Health News Caring for loved ones with Alzheimer's disease can drain families' bank accounts. But there is also a high emotional price to be paid. The administration's federal budget would fund more support for family caregivers.

The High Price Of Caring For A Loved One With Alzheimer's

The High Price Of Caring For A Loved One With Alzheimer's 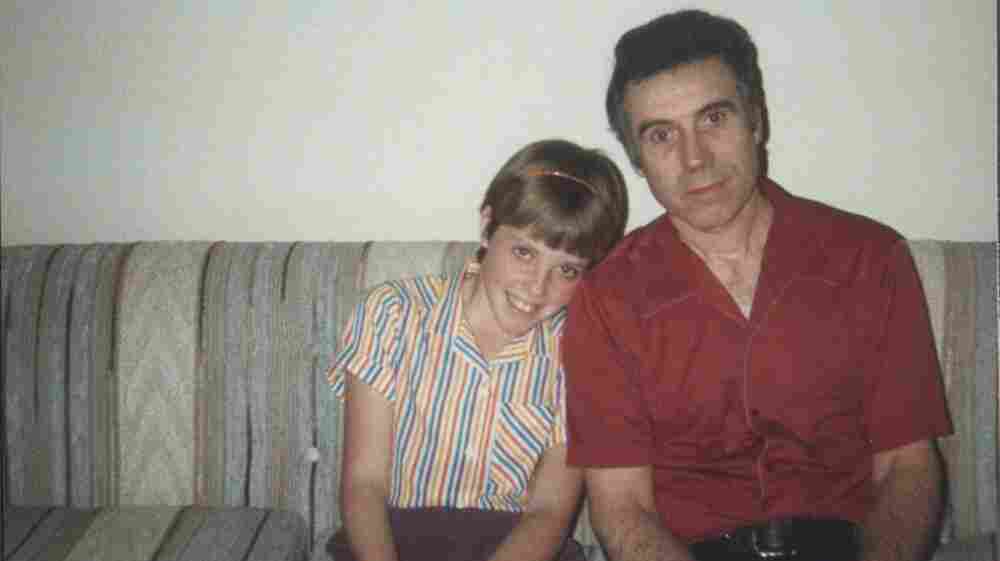 Joy Johnston and her father, Patrick, in 1983, years before Alzheimer's changed their relationship. Courtesy of Joy Johnston hide caption 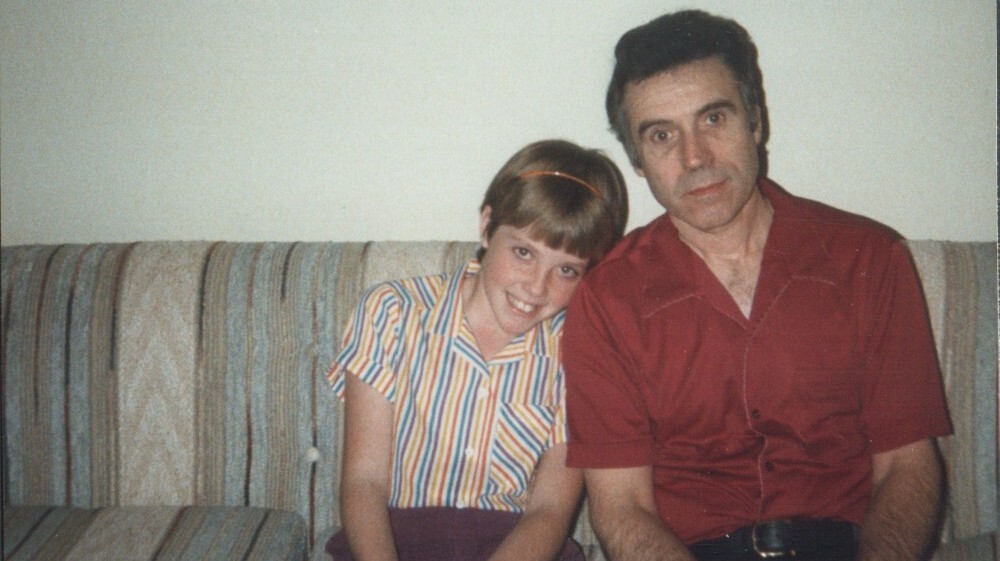 Joy Johnston and her father, Patrick, in 1983, years before Alzheimer's changed their relationship.

As a kid, Joy Johnston was Daddy's little girl.

Her father, Patrick, worked in the trucking trade, took care of his family and loved singing to his daughter.

When Joy got older, she moved to Atlanta for work and her parents retired to New Mexico. When she flew in for a visit in 2008, she noticed her father was changing. He would pay for gas but not fill up the tank. He would ask his wife, Jane, "Where's Jane?"

Patrick, like more than 5 million other Americans, had Alzheimer's disease. "It can be heartbreaking at times," Joy tells Shots about caring for her father. "You have to relearn your relationship with your loved one."

Caring for a family member with the personality-draining disease can take a hefty financial and emotional toll. Nearly 15 million people fall into the role of unpaid caregiver for those sick with dementia, according to the Alzheimer's Association. Add it all up, and it comes to about 17 billion hours of unpaid care valued at $202 billion in 2010 alone.

So to help with the staggering cost of care, the Obama Administration has included $26 million in the proposed 2013 budget. That money will go to education, outreach and support for families affected by the disease.

"Caregivers are often in a situation where their feelings and what they have to do are in conflict," Dr. Peter Rabins tells Shots. "That's very hard for most of us because we've related with people that we love in a certain way. The disease forces a change in that relationship." Rabins, the director of psychiatry at Johns Hopkins School of Medicine, says that the medical bills can pile up fairly quickly.

To help her cope with the loss of her father, Joy started a tribute to him called Memories Project. She blogs a story about her father each day as a form of therapy and to collect as many stories as she can about her father before they're forgotten.

For the Johnstons, Jane cared for Patrick at home while Joy supported them from Atlanta. She flew in to help her parents as often as she could afford. After a trip to the hospital for a kidney stone, Patrick's physical health deteriorated so severely that he could no longer live at home. Jane and Joy had to fork over $4,200 a month for a semi-private room in a nursing home for help.

"That's a tremendous financial challenge for many families." Rabins says. Not to mention the thousands of dollars spent on medication, treatment, therapy, clothing, and other things that so many caregivers have to supply besides room and board.

The Johnstons caught a lucky break. Jane bought a lottery ticket on her wedding anniversary, just as she and Patrick had done for years. She won $100,000. But after taxes and medical expenses, the winnings dwindled.

Money was only one problem. The emotional costs start growing once dementia is diagnosed. Family members often begin grieving a death of someone who is still physically present but mentally disappearing. "Those feelings of loss can become quite chronic," Rabins says.

For many caregivers, the constant dependency of an agitated, confused and sometimes wandering loved one can be stressful. The job is so time-consuming that caregivers can become isolated from other family members and friends. Those social outlets are crucial for caregivers to maintain their own mental health, Rabins says. 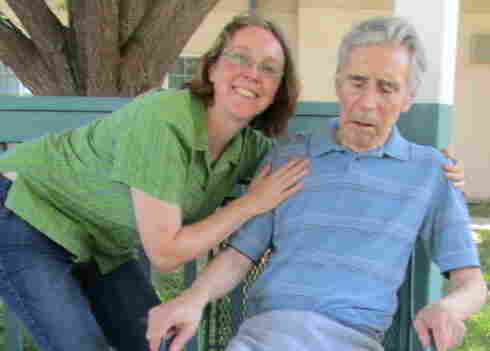 The last photo of Joy and her father, taken in July 2011. Courtesy of Joy Johnston hide caption 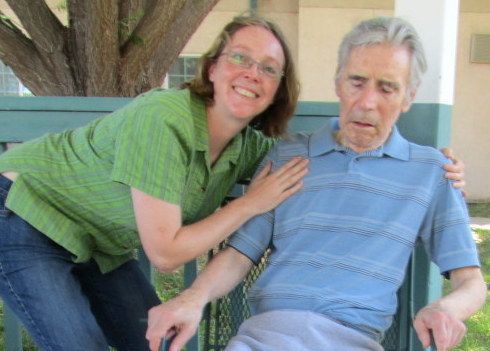 The last photo of Joy and her father, taken in July 2011.

That's where some of the newly proposed money could help. Rabins says funds could first go to launching more websites with accurate information and hotlines open for specific questions from caregivers. Also, providing the money to hire a caregiver for a day would allow families to take a break and recharge.

The changes are coming too late for Joy and her family. Patrick died Dec. 20, 2011. They're still grieving.

As she looks back, she says she would have welcomed an occasional respite, saying that even four hours off to see a movie could have made a big difference.

In addition to financial aid for medical costs, she says that using the money to educate people about what's to come and what to expect should be high on the list. Discussions about living wills and power of attorney need to happen while someone is still lucid, she says.

If there's one thing Joy could change about how she dealt with her dad, she says she would have spent more time with him and not been put off by his behavior. "I would have joined him more on his journey where he was at," she says. "It's important to put aside who they were before and learn to love the person that they are now."