Accessibility links
Health Centers At Schools Get A Funding Boost : Shots - Health News More schools are moving beyond nurses to keep their students healthy. They're housing medical clinics at schools in campuses in underserved areas. And funding from the federal health care law is helping make it happen. 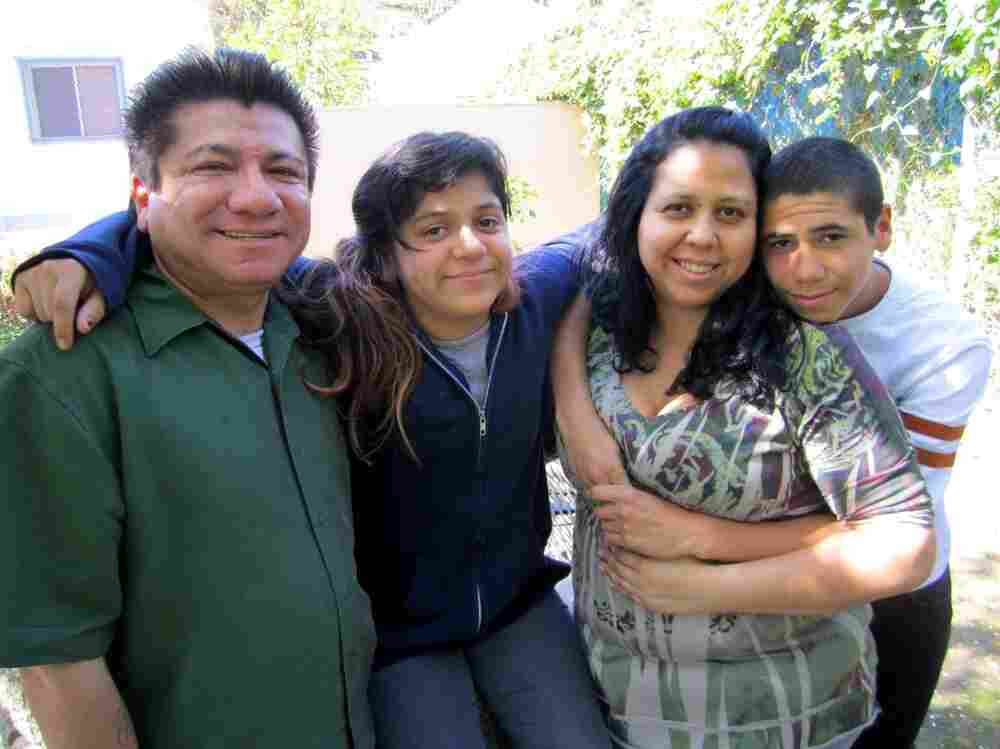 April Casanova-Rios (second from right) visits the school health center at Abraham Lincoln High School in Los Angeles with her family. Her son, Isaiah Casanova (to her right), is a sophomore at the school. Kelley Weiss/NPR hide caption 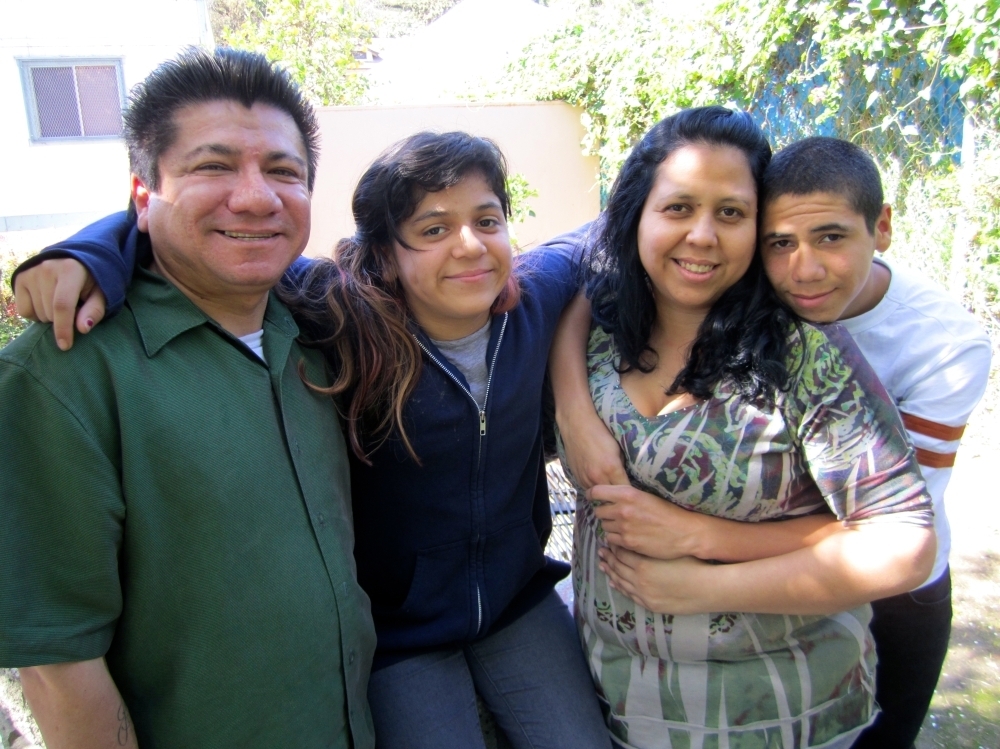 April Casanova-Rios (second from right) visits the school health center at Abraham Lincoln High School in Los Angeles with her family. Her son, Isaiah Casanova (to her right), is a sophomore at the school.

Under the federal health care law, money is going out around the country to help school campuses boost health services for their students.

At Abraham Lincoln High School in Los Angeles students often visit a modest trailer at the back of the sprawling campus. It's in a neighborhood near downtown L.A. where houses are missing windows and have peeling paint.

Lincoln High senior Jonathan Keener says he started coming to the clinic last year for the same reasons a lot of other students do: safe-sex education.

He can come to the clinic on his own, without his parents.

"It's a thin line having to talk to your parents about sex ed," Keener says. "Parents will be like, oh...uh...ah. Right away, you know, they'll just freeze. They'd rather be talking about what's for dinner."

The clinic logs about 1,800 student visits a year. Students regularly duck in to grab pamphlets lining the walls about sexually transmitted diseases, or STDs, and pregnancy. They can get condoms or birth control pills and see a doctor or dentist.

The students all say the same thing. They like the clinic because it's confidential.

And at least some parents agree. April Casanova-Rios has a son who's a sophomore at the school. When she was a teenager she says she found things out the hard way. "I had my son Isaiah at the age of 16," she says. "I didn't know what to do. I didn't have no counseling, I didn't have no one to speak to."

Erika Cuevas is the liaison between the health center and the school. She also was once a Lincoln High student. Cuevas says that since the clinic opened 10 years ago the school's high pregnancy rate has gone down.

"So back in about 2000 there was about 15 to 16 teenagers that I was aware of pregnant on campus, and now as far as I know there's about 8 students pregnant," Cuevas says.

That's out of 1,600 students. Cuevas says students need a pass to come to the clinic. And sometimes they get a green card for the so-called sensitive services. That's code for the birth control pills, STD testing and the morning-after pill. And Cuevas says that rubs some parents the wrong way.

She says she explains that in California, it's the law. Teens older than 12 can get these services without their parents' consent.

Cuevas says the clinic addresses other issues too. Students come in with rat bites and other health problems stemming from poor housing, she says. And the clinic is available to people in the community, too. Patients, with or without insurance, can see a doctor free of charge.

Lincoln High Principal, Jose Torres, says this is an overwhelming job for one school nurse to manage. But with the clinic, he says if students are sick they can see a doctor the same day.

"Definitely makes a difference in the performance of the students in the classroom," he says. "On test day on a regular day, that's essential that they be healthy."

Jim Mangia is the CEO of St. John's Well Child and Family Center clinic system. He says school health centers are cost-effective because insurance companies and the government reimburse them for the services.

"School based health centers are really the future," he says. "And I think that they say a lot about what needs to be surrounding a school in order to make sure that kids can learn and that they can be healthy."

Mangia says a big boost came recently under the federal health care law, a $500,000 grant. He says he'll put the money towards opening three new school health centers by the end of the year.

The law set aside $200 million dollars for these centers around the country. So far the U.S. Department of Health & Human Services says 43 states have received funding to treat more than half a million new patients.

This story was produced with the California HealthCare Foundation Center for Health Reporting at the USC Annenberg School for Communication and Journalism.