Accessibility links
Surgeon General Calls Smoking A 'Pediatric Epidemic' : Shots - Health News The U.S. Surgeon General is sounding the alarm about kids and tobacco, saying a lot more has to be done to keep minors from lighting up. Most smokers in high school will smoke as adults, and half of them will die prematurely as a result. 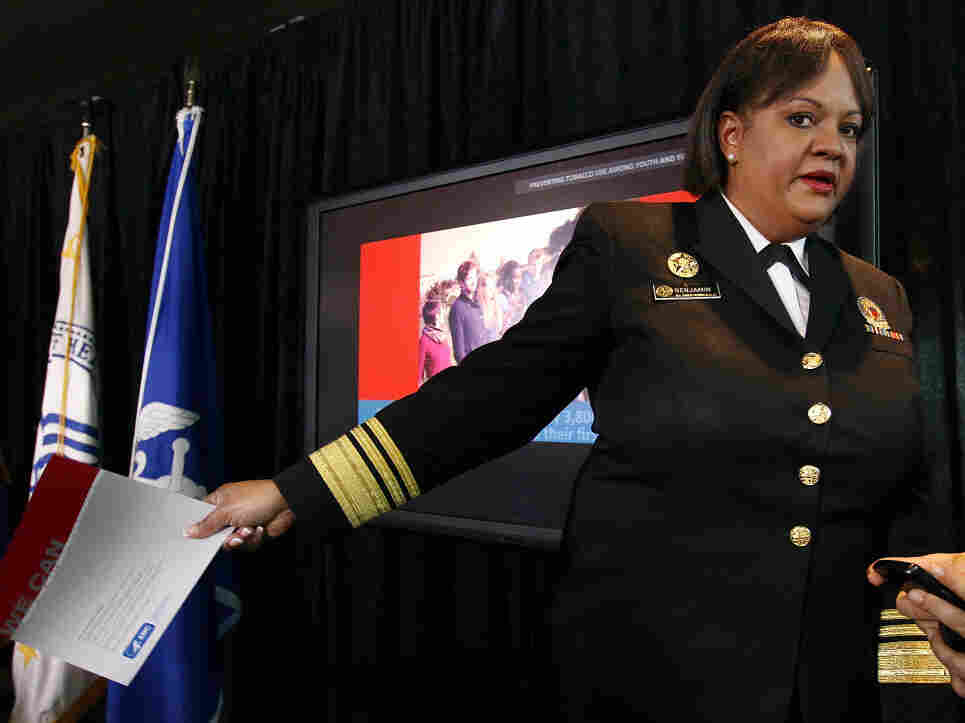 U.S. Surgeon General Regina Benjamin totes a copy of a report on the need to reduce children's use of tobacco. Win McNamee/Getty Images hide caption 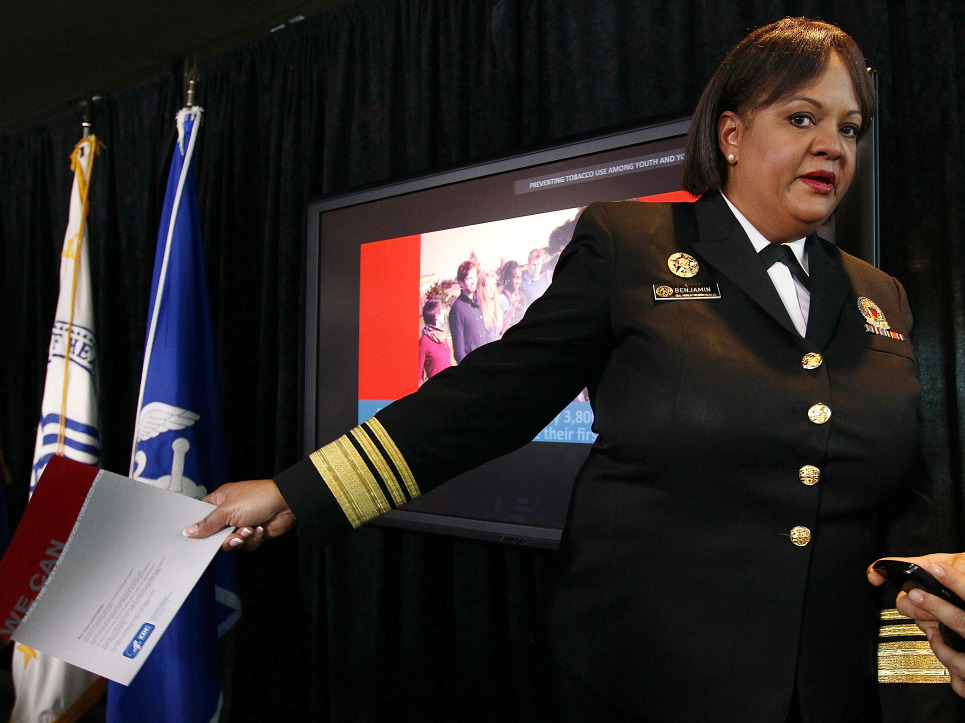 U.S. Surgeon General Regina Benjamin totes a copy of a report on the need to reduce children's use of tobacco.

Update 5:25 p.m.: Altria, the parent company of Phillip Morris, released a statement responding to the Surgeon General's report. "We agree with the Surgeon General and others that kids should not use tobacco products, and we share the common goal of keeping tobacco products out of the hands of kids," the statement reads, emphasizing that tobacco companies do not market directly to children. It says Phillip Morris has given states more than $55 billion in settlements over the last 15 years, but says states have not used the money to its full potential.

The U.S. Surgeon General today issued the first report on youth smoking since 1994. And the findings aren't encouraging.

Surgeon General Regina Benjamin calls tobacco use a "pediatric epidemic." The nation's war on smoking hinges on preventing young people from taking up the habit in the first place, she says.

For starters, 1 in 4 American high school seniors smokes cigarettes. Most of them will become adult smokers, and half of them will die prematurely as a result, the report says.

To stop that from happening, Benjamin says the nation has to "reinvigorate" its battle against tobacco.

Anti-smoking campaigns need to focus on teenagers and young adults. That means doing a lot more to counter the billions of dollars the tobacco industry still spends on advertising and marketing.

Smoking rates for teens dipped in the early part of the last decade, after a wave of public concern in the late '90s. But by 2007, rates were at a standstill.

The new report comes as many states, hit hard by the recession, have cut funding for anti-smoking campaigns. Although states won a $246 billion settlement from the tobacco industry in 1998, much of the money earmarked specifically for anti-smoking programs has been shifted to other uses, as USA Today reported recently,