Accessibility links
Gain Together, Lose Together: The Weight-Loss 'Halo' Effect : Shots - Health News Researchers are finding that the friends and family of obese and overweight individuals who lose weight lose weight themselves, and sometimes a lot of it. 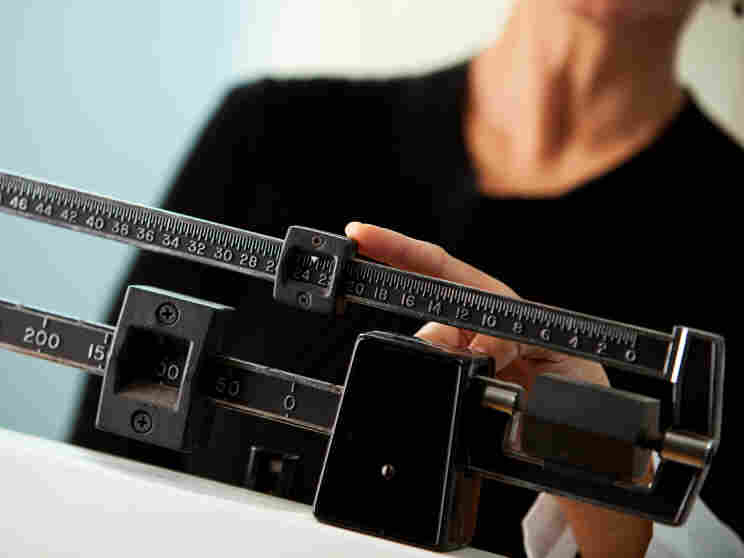 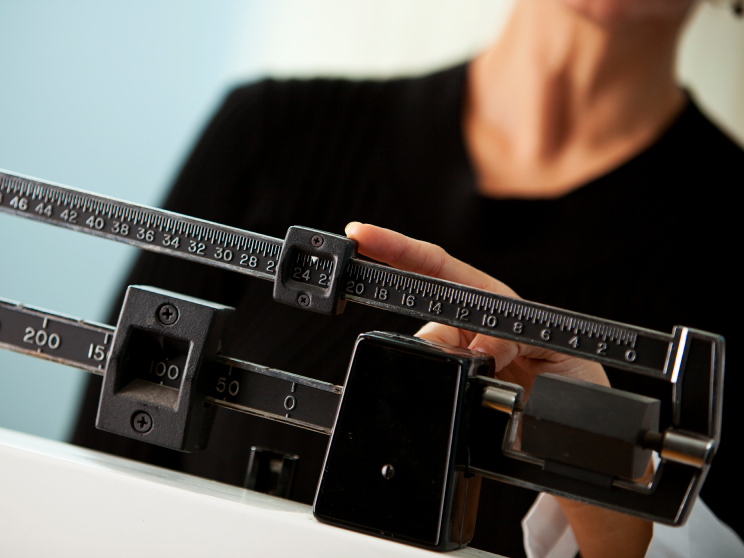 Studies show that friends and family gain weight — and lose weight — together.

Here's another good reason to lose weight: It might benefit your friends, family and co-workers. Such altruism might be just the final "nudge" some of us need.

Researchers are finding that the friends and family of obese and overweight individuals who lose weight lost weight themselves, and sometimes a lot of it. Dr. John Morton, who directs Bariatric Surgery at Stanford Hospital & Clinics, calls obesity a "family disease."

"We all gather around the table to enjoy a meal together and we learn lessons when we do that," Morton says. "Just like you impart morals to your sons and daughters, you can do the same thing around the dinner table as well and it can be good or bad; we see that all the time."

In fact, studies have shown that friends and family tend to gain weight together, in large part because they share similar eating and exercise habits. But over the years, Morton picked up another trend among his patients who underwent gastric bypass surgery, and their families. The obese and overweight sons, daughters and spouses of his patients lost weight, too.

So Morton decided to do a formal study and track families of 35 patients who had gastric bypass. One year after the surgery, he found that indeed, other overweight and obese family members lost weight, between 8 and 45 pounds.

"This was noteworthy in that these patients were able to accomplish that just by coming to the same visits that the bariatric surgery patient did," he says.

The so-called "halo effect" has been shown among people who drink alcohol and people who smoke, as well as those who gain weight. But now, Morton showed a positive halo effect — losing weight.

"I think most of the family members who came wanted to help out their spouse, Dad, whoever it might be," he says. "They wanted to support them and they supported them by making healthy food choices, by exercising together."

Morton's study, which was published in the October issue of the Archives of Surgery, found that family members lost as much as 5 percent of their initial body weight, enough weight loss to bring down the risk of obesity-related heart disease and diabetes.

Now, another study has turned up similar findings but not just with family. Tricia Leahey is a psychologist and researcher at The Miriam Hospital's Weight Control and Diabetes Research Center and The Warren Alpert Medical School of Brown University. Leahey investigated a team-based weight loss competition in Rhode Island. This is an annual state-sponsored competition that joins individuals to compete against one another to see which team loses the most weight.

Teams range from four to 11 people and can include family members, but also friends and co-workers. After 12 weeks, Leahey found that those that lost the most weight were on the same team, suggesting "significant social influence." In fact, the more people reported feeling peer influence to lose weight and exercise more, the more weight they lost.

Similar to the Stanford study, the average weight loss of the biggest losers hovered around 5 percent of their initial body weight.

Leahey's study was published online in the journal Obesity.