Accessibility links
Chill Out For A Better Workout : Shots - Health News Getting hot and sweaty makes it hard for many people to keep exercising. A new study found that chilling people's palms while exercising helped them keep going.

Chill Out For A Better Workout

Chill Out For A Better Workout 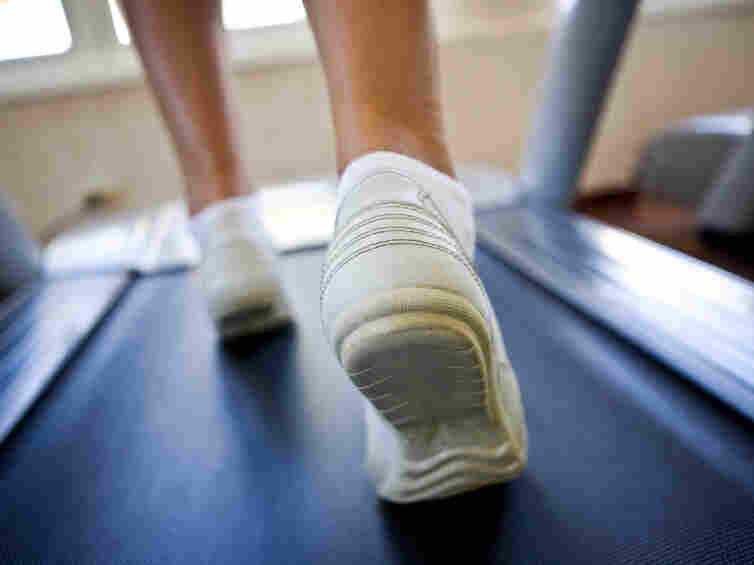 This would be a lot more fun on the rocks. iStockphoto.com hide caption 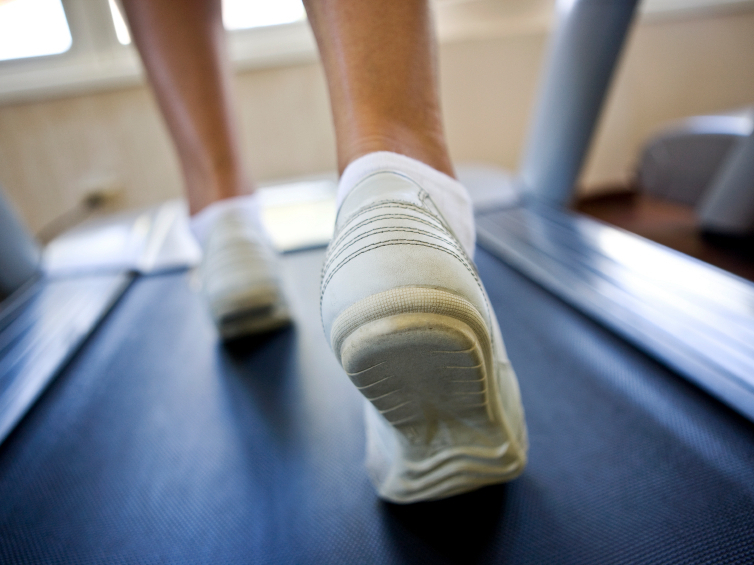 This would be a lot more fun on the rocks.

Cooling a person's hands while exercising can make for a better workout, especially for people who hate to exercise because it makes them all hot and sweaty.

This might help the many, many people who have a hard time keeping up with exercise because it's just plain uncomfortable.

"It works to reduce the sensation of being overly hot and sweaty," says Stacy Sims, an exercise physiologist at the Stanford University School of Medicine, who led the study. "The idea is to allow those people to overcome the initial barriers that heat intolerance produces. It gives them positive affirmation to keep going."

Indeed, the women without cooling were more likely to quit, while those with cool palms were more likely to stick it out through the 12-week study. And they got results. The chill group shaved about five minutes off the time to walk 1.5 miles, and lost almost three inches from their waists. They also had lower resting blood pressure.

Core cooling has been used for years by elite athletes, and it does seem to help improve their performance and reduce muscle soreness. But experiments with more normal folks on the benefits of cooling have been mixed at best.

Before becoming a scientist Sims, 40, was a professional racer in Ironman and Xterra triathlons. She says that elite athletes are prepared to push through feeling hot, tired, and miserable. But those feelings can turn off novice exercisers for good. Overweight and obese people are more likely to overheat, adding to the disincentive.

Devices like cooling vests and the handheld device used in this study cool blood as it circulates close to the skin, reducing overall body temperature and heat-related stress. The Stanford researchers used a gizmo called an Avacore Rapid Thermal Exchange, which pumps ice water past the palms while each hand is in a small vacuum chamber. The vaccum is there to maintain blood flow to the hands even though they are cool and clenched. It costs about $4,000, well beyond the reach of everyday exercisers.

In the study, the 24 women walked on treadmills while their hands were in the Avacore devices. Some of the women had cold water, some not. They were told that there would be variations in the water temperature, even though there were just two.

This is a very small study, so the results might not pan out in real life. But Sims says there's no harm in trying homegrown versions of the chill technique.

"If you drink an icy cold drink or hold a frozen bottle, it's helping you with the cooling," Sims says. "Hold the frozen bottle while you're training, and drink the water. It helps your core temperature stay a little colder."

She presented the results of her study at the American Heart Association's Epidemiology and Prevention/Nutrition, Physical Activity and Metabolism 2012 Scientific Sessions in San Diego.