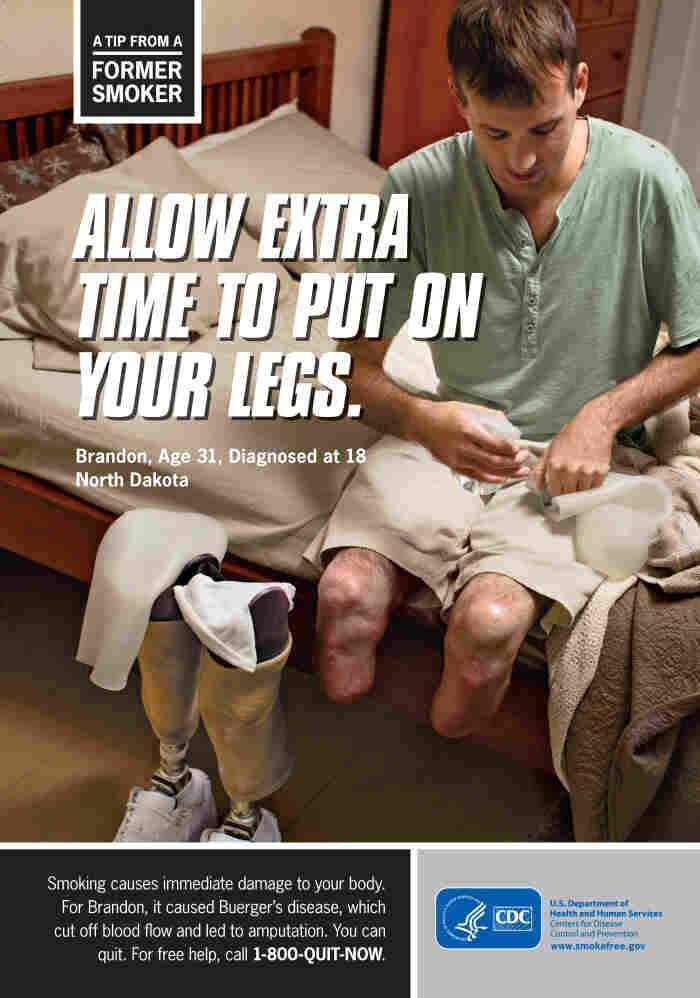 One of the graphic anti-smoking ads that the Centers for Disease Control and Prevention will run soon. CDC hide caption 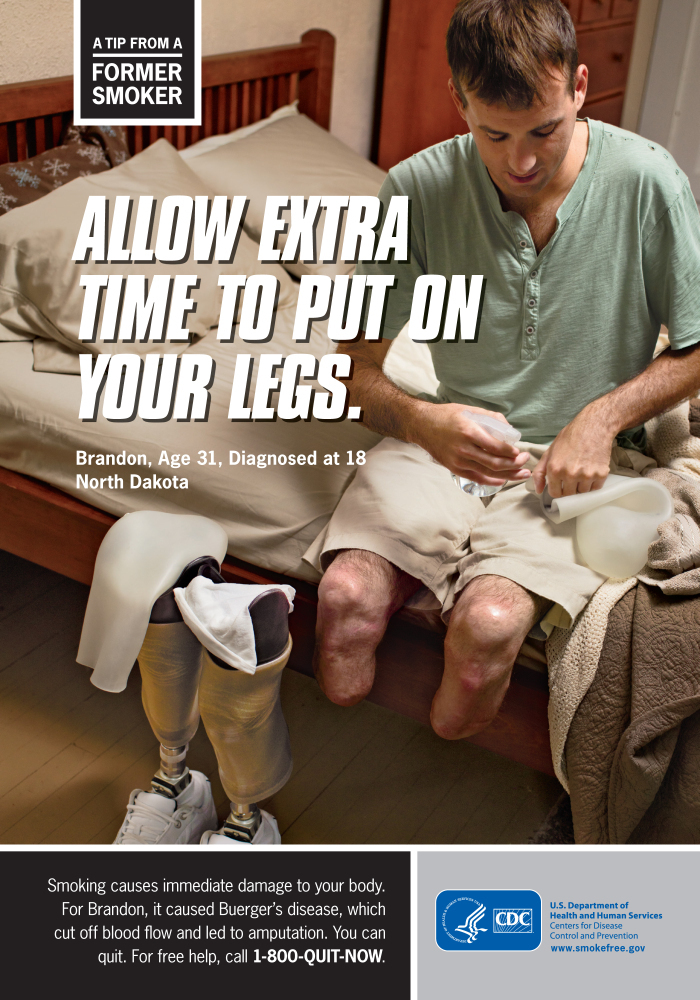 One of the graphic anti-smoking ads that the Centers for Disease Control and Prevention will run soon.

Federal health officials unveiled a graphic new anti-smoking campaign featuring testimonials from ex-smokers about the toll of tobacco on their health.

The ads will run for 12 weeks on TV, on the radio, in magazines and newspapers, on billboards, online and elsewhere beginning March 19, according to the federal Centers for Disease Control and Prevention, which developed the campaign.

One ad, for example, features a woman who has a hole in her neck and has to speak through a small speaker in her throat because of cancer.

"Although they may be tough to watch, the ads show real people living with real, painful consequences from smoking," said CDC Director Thomas R. Frieden. "There is sound evidence that supports the use of these types of hard-hitting images and messages to encourage smokers to quit, to keep children from ever beginning to smoke, and to drastically reduce the harm caused by tobacco."

The campaign comes as the tobacco industry is fighting an attempt by the Food and Drug Administration to require graphic new warning labels on cigarette packages. A federal judge recently ruled the agency's mandate violates the Constitution.

Smoking remains the leading cause of preventable death and disease in the United States, killing more than 443,000 Americans each year, according to the CDC. Cigarette smoking costs the nation $96 billion in direct medical costs and $97 billion in lost productivity each year.