Accessibility links
Mississippi Builds Insurance Exchange, Even As It Fights Health Law : Shots - Health News Unlike Louisiana, Alabama, Florida and other conservative states in the South, Mississippi is well on its way to having an insurance exchange ready for operation by the 2014 deadline laid out by the health overhaul law. 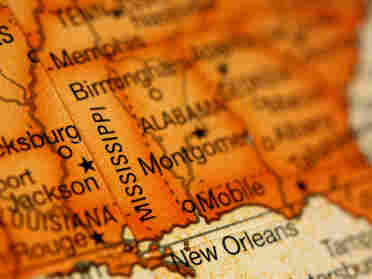 Mississippi, unlike some of its neighbors, is moving ahead with an insurance exchange. iStockphoto.com hide caption

Mississippi, a deeply red Southern state that is part of the Supreme Court case against the health law, is moving full speed ahead with one of the key provisions of that law: an online health insurance exchange.

Unlike Louisiana, Alabama, Florida and other conservative states in the South, Mississippi is well on its way to having an insurance exchange ready for operation by the 2014 deadline laid out by the health overhaul law.

"There are portions in that act that are good parts. And that part happens to be the exchange," says Mississippi Insurance Commissioner Mike Chaney, a Republican in his second term. "It's not a Republican idea. It is not a Democratic idea. It is a universal idea, and it has been around a long time."

Efforts to set up an insurance exchange in Mississippi stretch back to before the Affordable Care Act passed, and an exchange had the outright support of former Mississippi Gov. Haley Barbour (who nonetheless attached the state to the case against the federal health law).

Republican Senator Buck Clarke, from the small delta town of Hollandale, described the political path on the Mississippi exchange: "The legislature couldn't come together. The whole thing died. And the insurance commissioner saw a different route to this to get this going. And it is just trying to comply with federal law that is on the books right now."

Chaney used a little-known rule, written by Clarke and passed into law in 2009, to lay the groundwork for the exchange.

Chaney says Mississippi may appear to be an anomaly in the South but he points out that other states did not have the same legal options to avoid a political fight.

A January study by the Center for Mississippi Health Policy showed that Mississippi has a lot to gain if an exchange functions in the state as the health law projects. The study found a working exchange could help lower the rate of people in the state without insurance from 20-percent to 7-percent, with 275,000 Mississippi residents gaining insurance and $900 million in federal subsidies flowing to the state.

Even if the Supreme Court strikes down all or part of the federal health law, it is likely that Mississippi will continue to build its exchange.

This story by Jeffrey Hess is part of a reporting partnership that includes Mississippi Public Broadcasting, NPR and Kaiser Health News.