Accessibility links
One Nation, Two Health Care Extremes : Shots - Health News When it comes to health care in the U.S., no two states are more different than Texas and Massachusetts, which boast the highest and lowest rates of uninsured people, respectively. Those differences come into stark relief in the lives of Texan Melinda Maarouf and Massachusetts resident Peter Brook.

The U.S. spent $2.6 trillion on health care in 2010 — more than the entire economy of France or Britain. But the amount spent and how it's used varies from state to state.

And no two states are more different than Texas and Massachusetts. At 25 percent, Texas has the highest rate of uninsured people in the nation. Massachusetts, where a 2006 law made coverage mandatory, has the lowest rate — fewer than 2 percent of people are uninsured.

Monday's All Things Considered takes a look at two Americans who are living the reality of that difference. In Texas, Melinda Maarouf, 55, is one of 6 million Texans without health coverage. In Massachusetts, Peter Brook, 51, is one of the 439,000 residents who now have coverage as a result of the state law. 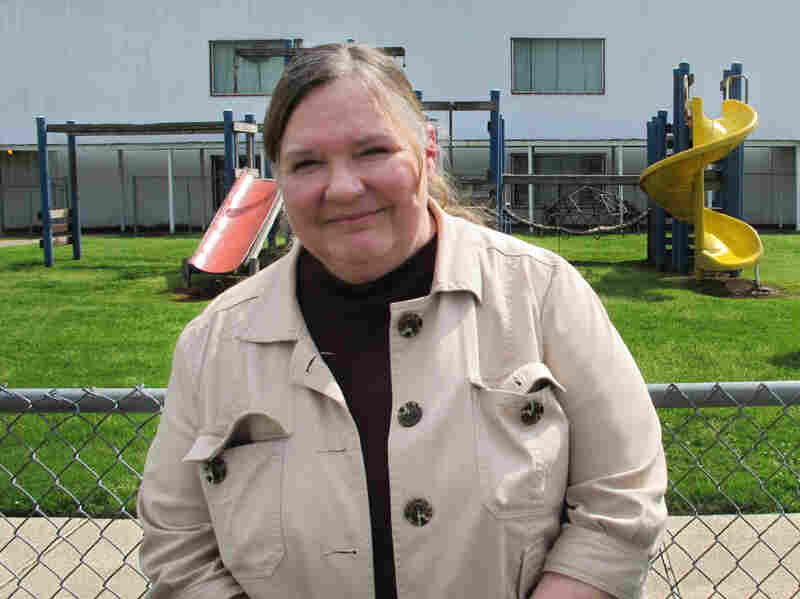 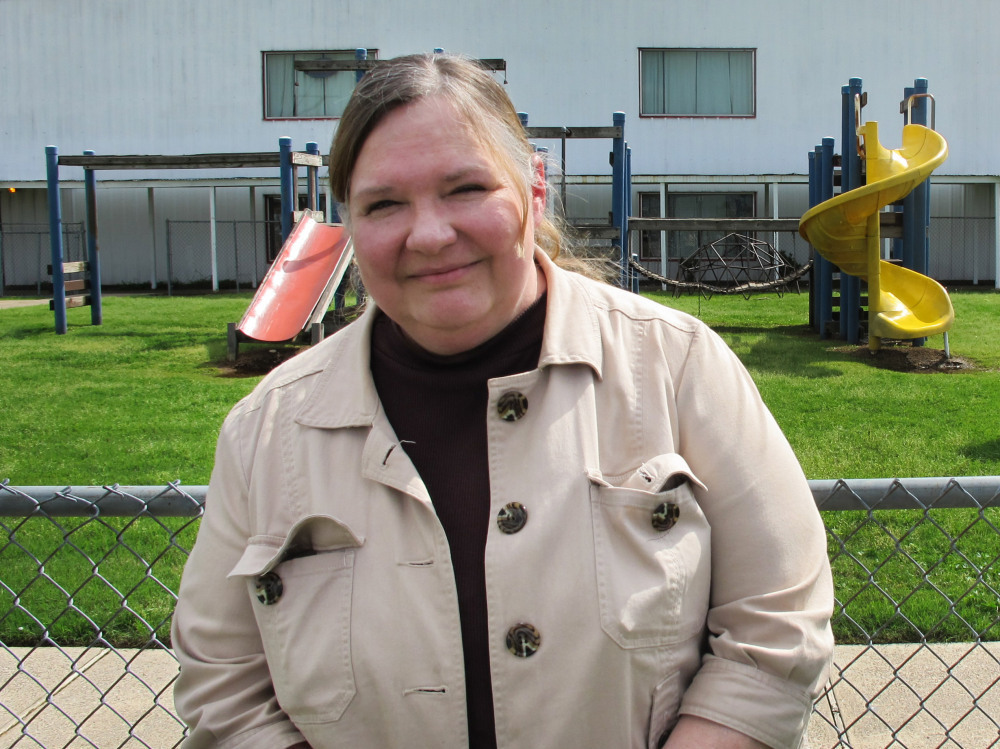 For Texans, having health problems without health insurance often means an anxious scramble for care at overcrowded charity clinics or the local emergency room. Melinda Maarouf knows that experience all too well. She's a teacher's aide at the Faith Christian Academy, a private school just outside Houston.

"Unfortunately, we're a small school and the budget doesn't allow for insurance for the employees," she says.

Maarouf is divorced and has a daughter in college. The school where Maarouf works can't afford to bring her on full time right now, so she makes just over $11,000 a year. That income puts her right around the federal poverty line, and it makes for some hard health choices.

She has high blood pressure and has skipped pills to make her prescriptions last longer. "I can always tell when the blood pressure's elevated," she says. "I feel uncomfortable. I feel edgy and kind of shaky, and my ears ring."

Maarouf knows that if she doesn't keep her blood pressure under control, she could have a stroke, heart attack or kidney damage. She recently found help at a charity clinic where she pays only $25 per visit. Even so, Maarouf says the blood pressure is all she can afford to treat right now.

Texas Has Highest Percentage Of Uninsured

Texas Has Highest Percentage Of Uninsured

"I haven't had a Pap smear — goodness, I couldn't even tell you — probably since my daughter was born, and she's 26," she says. "I haven't had a well-woman exam. And I'm sure it's time for some routine blood work."

Maarouf has never had a mammogram and she's continued to push off some needed dental work — but medical bills scare her. In 2010, she went to the emergency room with chest pain. Doctors didn't find anything wrong, but she ended up with $3,000 in bills.

Maarouf couldn't keep up with the payment plan, so she simply shoved the bills into the bottom of a drawer and swallowed her anxiety.

"Oh, my credit's pretty much shot, as far as that goes. But there's not much I can do about it," she says. "You just have to move on, do what you have to do to survive."

Like millions of other working Texans without minor children, Maarouf can't get Medicaid. And she's years away from Medicare.

Hospitals in Texas spend over $4 billion a year treating uninsured patients like Maarouf. Some of the cost gets absorbed by county taxpayers and some gets shifted onto insured Texans, who pay higher premiums for their own coverage.

In Massachusetts, Uninsured Get Relief

Five years before Massachusetts started offering free and subsidized coverage, Peter Brook couldn't afford health insurance or the daily insulin and needles he needs to treat his diabetes. Things have changed for Brook since the Massachusetts health care law, the same one that helped shape the federal Affordable Care Act. 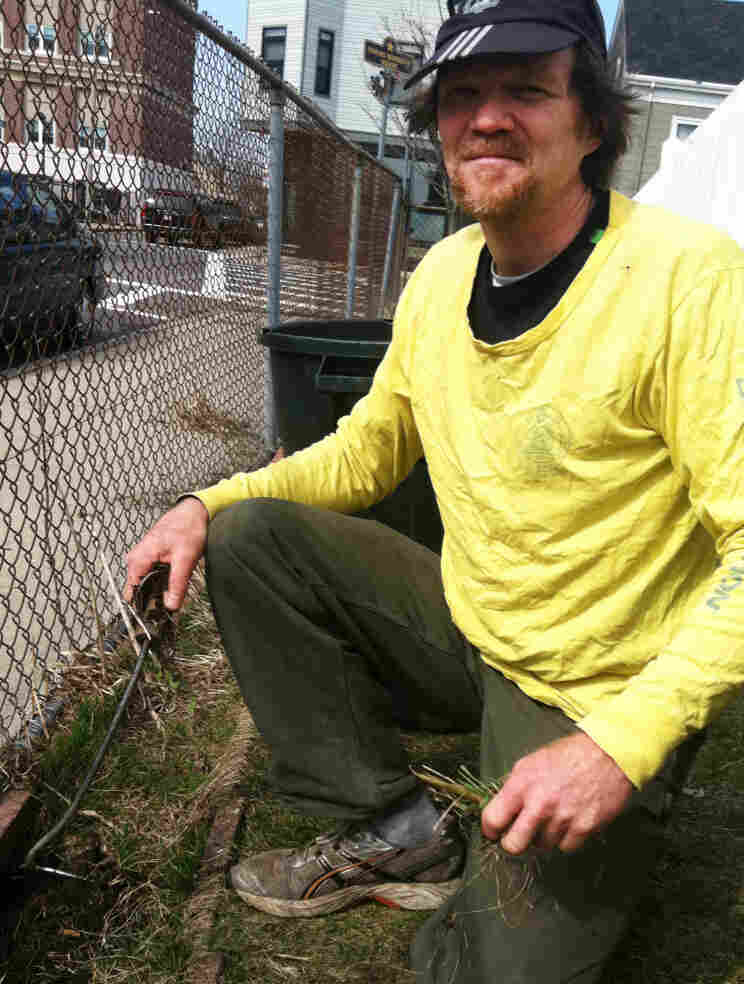 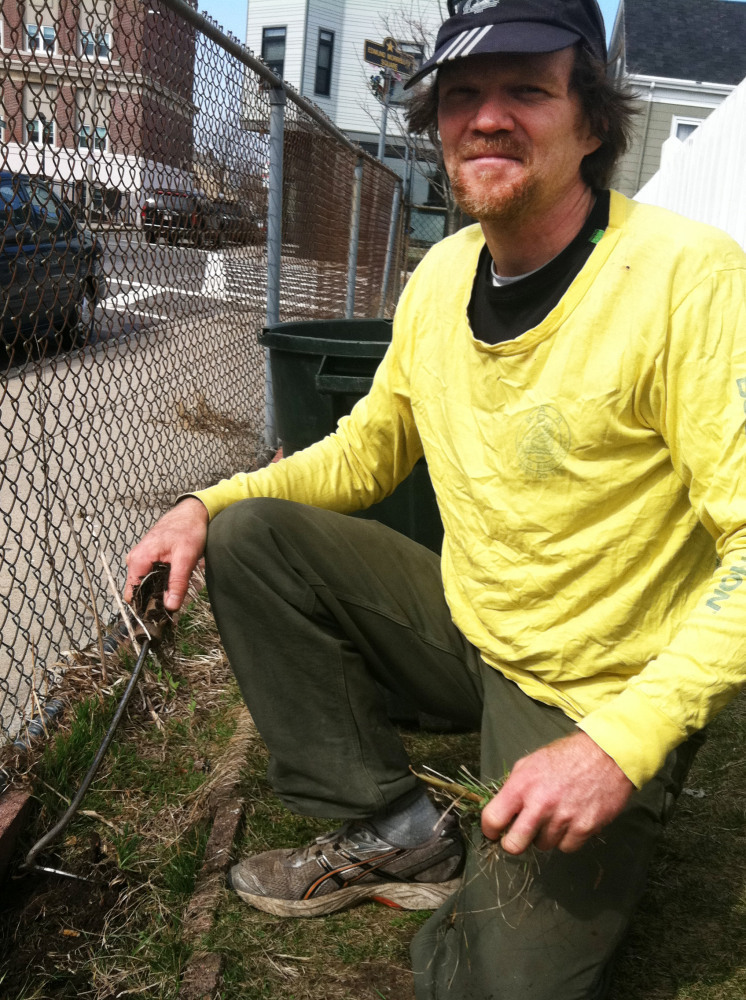 "When I didn't have health insurance, I'd use a needle for 30 days, like 150 shots or something, so it gets a little bit dull," says Brook, who does odd jobs like landscaping to cover his basic needs.

When he had health complications related to his diabetes, he didn't have money for care. The worst was a digestion problem that would bring on crippling stomach pain.

"I would tend to hole up in a fetal position at home, and then over the course of week or two, my skinny body would lose 25 to 30 pounds and then I'd end up looking like a death camp survivor," he says.

And then there was the time Brook fractured a pinkie and set it by taping the broken section to his ring finger. The pinkie is still crooked, but today Brook has free health insurance and a regular doctor at the South Boston Community Health Center. His only expense is a $3.65 copay for prescriptions, which adds up to about $14 a month.

"I now have good health care, so that is a weight off of my mind," he says. "It's been a year and half since I've been in a hospital, and for the first 50 years of my life I never went six months without an inpatient hospital stay for one thing or another."

Brook's care is free, but Massachusetts — with help from the federal government — spends roughly $182 million more every year on health coverage for low-income residents than it did before 2006, according to the Massachusetts Taxpayers Foundation. And Brook worries about those costs.

"Who's paying for it? Where's that money coming from?" he asks. "If society were a human being, then they're dragging a ball and chain down the street on their ankle."

Brook has joined the Greater Boston Interfaith Organization in lobbying Massachusetts legislators to control health care cost increases so that coverage will be affordable. And as lawmakers finalize bills, there's a vigorous debate under way about what state government can or should do to about limiting spending.

These stories by Carrie Feibel (Texas) and Martha Bebinger (Massachusetts) are part of a reporting partnership between WBUR, KUHF, NPR and Kaiser Health News.