Accessibility links
Weight-Loss Surgery May Help Treat, Even Reverse, Diabetes : Shots - Health News Two studies that compared outcomes for patients on diabetes drugs versus those who underwent bariatric surgery found the latter group was much more likely to see blood sugar go down. Many of these post-operative patients were able to stop taking any diabetes drugs altogether. 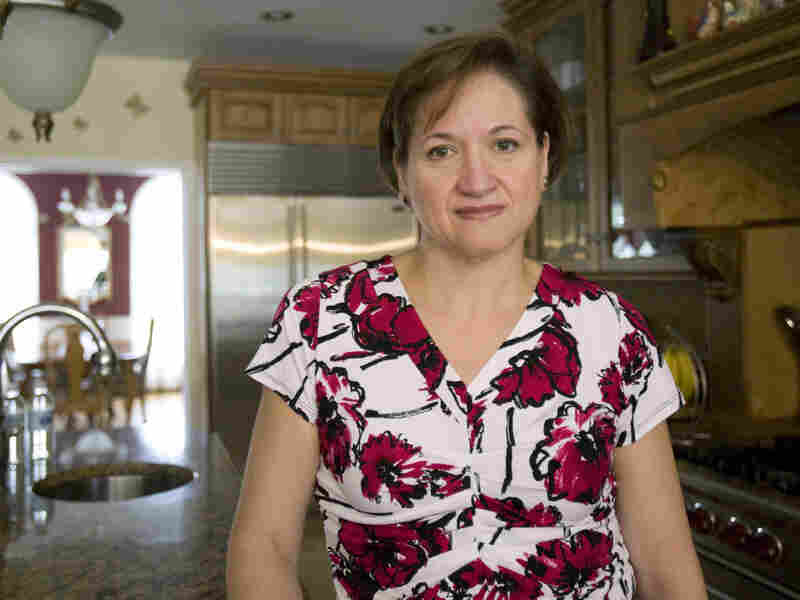 Cristina Iaboni, a diabetic, underwent gastric bypass surgery at New York-Presbyterian/Weill Cornell in the fall of 2009 as part of a study. After losing 50 pounds, her blood sugar was nearly normal. She is pictured here in June 2010. Thomas Cain/AP hide caption 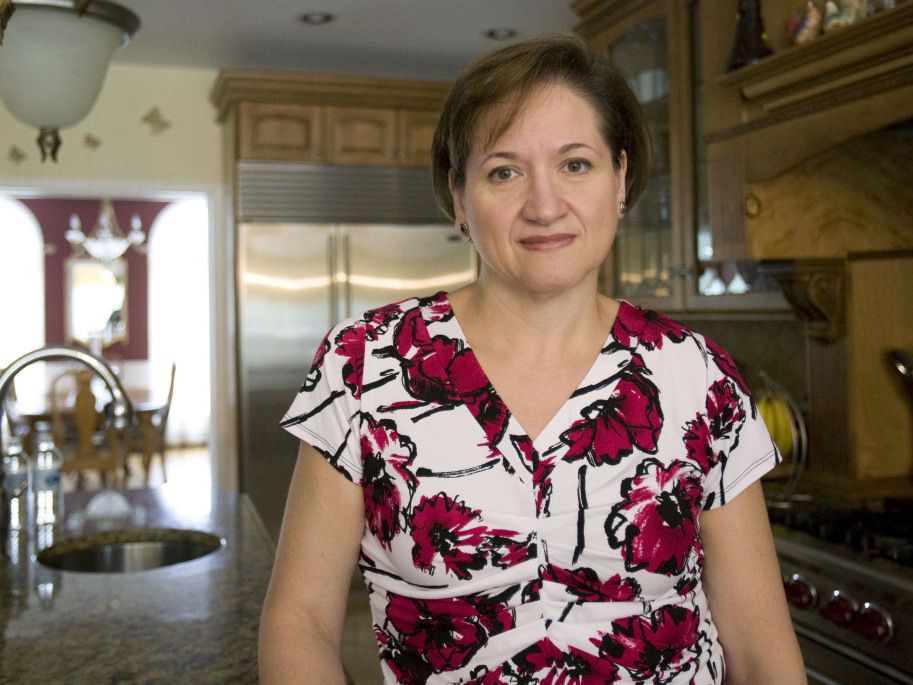 Cristina Iaboni, a diabetic, underwent gastric bypass surgery at New York-Presbyterian/Weill Cornell in the fall of 2009 as part of a study. After losing 50 pounds, her blood sugar was nearly normal. She is pictured here in June 2010.

Tim Ferree of Macedonia, Ohio, struggled with his weight for years. He knew his out-of-control blood sugar would eventually cause serious problems.

"You're looking at losing your vision, losing your feet, having problems with your kidneys, going blind — you know, heart disease, strokes," Ferree said.

So when Ferree heard about an operation that might help with his weight and his diabetes, he volunteered to get it.

"With a brand new baby in the house, that's really what prompted me to take a very aggressive course towards treating the diabetes," he said.

Surgeons have been operating on obese people for years, making their stomachs smaller and rearranging their digestive systems. Doctors realized that patients who got the operations also often had their diabetes get much better. Sometimes it even went away completely. But they didn't have good research that proved surgery was really effective.

"What's been lacking is a head-to-head comparison of surgery versus some of the newer anti-diabetic drugs," said Philip R. Schauer of the Cleveland Clinic, who led one of the studies. The second was conducted in Rome and led by Francesco Rubino of Weill Medical College of Cornell University. Both studies involved patients with Type 2 diabetes, which is the most common form of the disease.

The results showed that patients who got the operations were much more likely to have their blood sugar go down. Many were able to stop taking any diabetes drugs altogether.

"Just the fact we were able to see this many people achieve normal blood sugar without medications is somewhat astonishing. In a sense, we're reversing the disease," Schauer.

After the surgery, patients would sometimes get better within hours or days. And when that happens it's clear there's something more going on than just the effects of getting thinner. One theory is that re-arranging the digestive system affects important hormones.

"There appears to be an increased production of special hormones from the intestinal tract and these hormones are known to directly stimulate the pancreas to make more insulin," Schauer said.

This research raises an important question: Should diabetics start getting this operation more often? Paul Zimmet of the International Diabetes Federation, who co-authored an editorial accompanying the studies, thinks they should.

"Diabetes coupled with obesity is probably the largest epidemic in human history. At the moment, bariatric surgery is seen as a last resort. And it should be offered earlier in management," Zimmet said in a telephone interview.

But others aren't so sure. The new studies followed only about 200 patients. And while the operations appear to be pretty safe, there can be complications. And the complications can be serious.

"I think we need longer-term follow-up than what was done in these studies to make sure you're not trading one problem for another," said Vivian Fonseca of the American Diabetes Association.

For his part, Ferree is thankful. He's 60 pounds lighter. He's off all his drugs — not only for his diabetes, but also for blood pressure and cholesterol.

"I'm not staring down the barrel of being diabetic. I'm not looking at a future of potentially having to give myself several insulin shots every day," Ferree said. "I'm not potentially looking at, you know, losing a foot or losing my eyesight or having a stroke. That's a great relief for anyone."

Researchers are now testing whether the surgery works on diabetics who aren't even obese — people with BMIs as low as 26. And doctors and patients are waiting to see if insurance companies will pay for the operations just to treat diabetes.