Accessibility links
Supreme Court Mulls Whether Health Law Can Survive Without Mandate : Shots - Health News Questioning earlier this week suggested the health care law's mandate might be in peril. Today, the Supreme Court considered whether other parts of the law could still stand if the mandate falls. "It looked today that if there are five votes to strike down the mandate, there might be five votes to strike down the whole law," said NPR's Nina Totenberg.

Supreme Court Mulls Whether Health Law Can Survive Without Mandate

Supreme Court Mulls Whether Health Law Can Survive Without Mandate 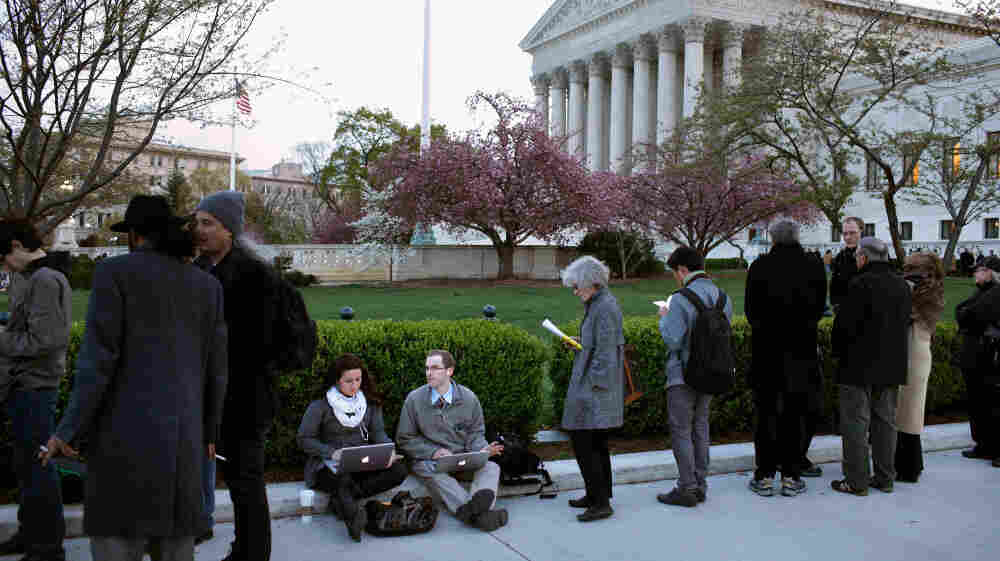 People wait for tickets to attend the last day of arguments over the Affordable Care Act at the Supreme Court. Chip Somodevilla/Getty Images hide caption

With the fate of the health law's insurance mandate in doubt, the last day of arguments before the U.S. Supreme Court became even more crucial to the future of the Obama administration's central legislative achievement.

From The Courthouse Steps 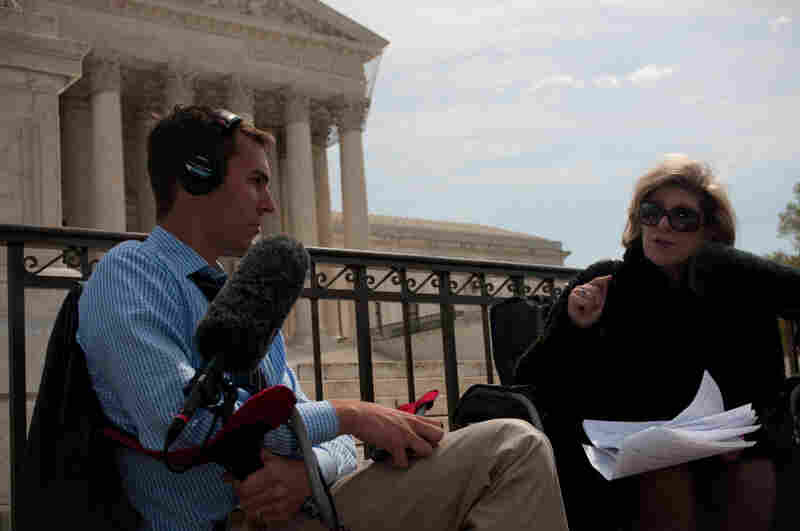 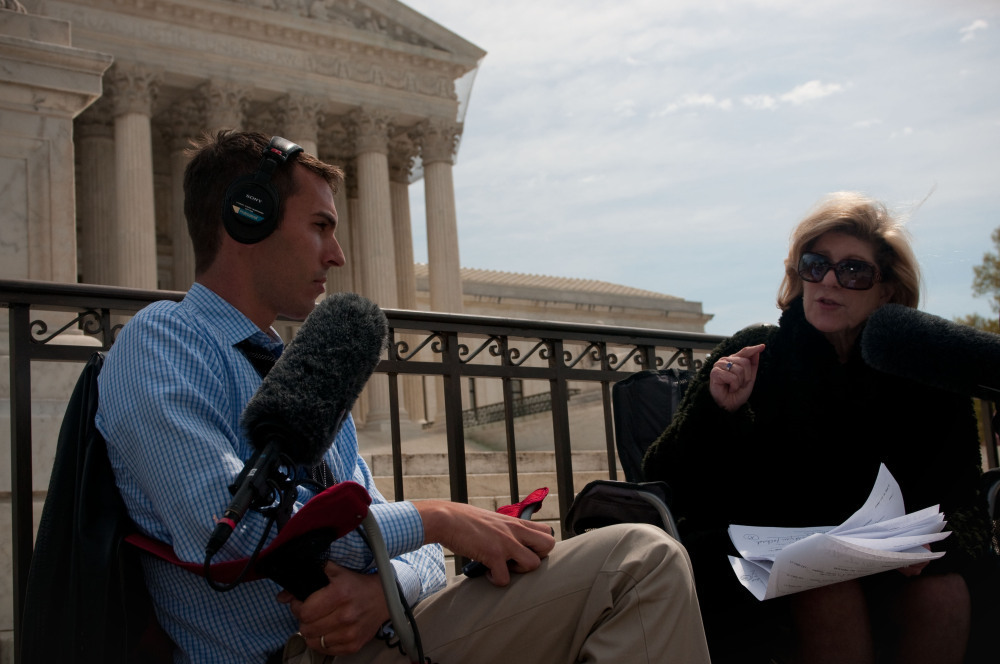 NPR's Nina Totenberg speaks with Ari Shapiro at the end of Wednesday morning's arguments about the health care overhaul law.

The issue before the justices Wednesday morning: Can the court strike down the mandate to buy health insurance but still uphold other parts of the law? In legal terms, is the mandate, or any other part of the law, "severable" from the rest?

Sound far-fetched? Totenberg said no. "Every time the court observers say the court would never go that far, it would never strike down the law — think again," she told Ari Shapiro. "This court is dramatically more conservative than it has been in many, many decades. It is quite prepared, quite capable of going farther than people expected."

"I understand that we must presume laws are constitutional, but, even so, when you are changing the relation of the individual to the government in this, what we can stipulate is, I think, a unique way, do you not have a heavy burden of justification to show authorization under the Constitution?"

The government has conceded that if the mandate goes away, then so should two other provisions. One requires insurers to offer coverage to people with pre-existing health conditions — a provision that enjoys widespread public support. The other says insurers would have to charge the same rates to people who are about the same age, regardless of their health.

If insurance must be offered when people want it but without a mandate to require that everyone buy it, insurers say, people could wait until they are sick to get coverage. And that kind of calculation could ruin the insurance business.

When Congress writes laws, it often includes instructions about what to do if one part of the law is found unconstitutional — either invalidate it all or let the other sections ride. But not this time, so it's up to the court to figure it out.

Former Solicitor General Paul Clement, representing the challengers, has pushed for a strict view on the necessity of the mandate. If the mandate falls, then so must all the other parts of the law, because they depend on it. "This court cannot remove the hub of the individual mandate while leaving the spokes in place without violating Congress' evident intent," Clement's brief says.

Early in Wednesday's arguments, Clement said the health law would be a "hollowed-out shell" without the mandate, according to The Wall Street Journal's Louise Radnofsky. (Reporters from the Journal have been popping out of the court with news while the arguments happen.)

While some of the conservative justices appeared to agree with Clement's argument, the liberal justices seemed to rally in support of the law. Radnofsky reported that Justice Elena Kagan, another former solicitor general, said the court should tread lightly.

"The court was skeptical that the whole act should fall if the individual mandate is invalid. But there wasn't any clear indication of how far the court would go. It seemed like there wasn't much question, except from Justice [Sonia] Sotomayor, that the community rating and mandatory issue provisions would fail, that is the government's position."

The Associated Press also reported on several justices' skepticism, quoting Sotomayor as asking, "What's wrong with leaving this in the hands of those who should be fixing this?" By that, she meant Congress could decide how to deal with sorting things out.

Deputy U.S. Solicitor General Edwin S. Kneedler made the government's case, arguing that only a few parts of the law must go if the mandate is found unconstitutional. Chief Justice John Roberts seemed to agree with him on those points, according to the Journal's Brent Kendall, who wrote, "But the chief says, that doesn't tell the court what to do with all the many other provisions of the law."

The court asked an outside lawyer, H. Bartow Farr III of Farr & Taranto, to argue for severability. And he makes the case that even if the mandate is removed, the rest of the law can stand. His brief acknowledged that Congress expected all parts of the law to work together with the mandate.

But even if the mandate goes away, he writes, "it is far from evident that the benefits of extending coverage to those previously excluded from the insurance market cannot still be realized, to a significant degree."