Accessibility links
Most Americans Are Getting Enough Vitamins, CDC Says : Shots - Health News Americans do pretty well at eating enough vitamins and minerals, according to the latest figures from the CDC. But some groups aren't getting enough of nutrients like vitamin D, iron and iodine.

Most Americans Are Getting Enough Vitamins, CDC Says

Most Americans Are Getting Enough Vitamins, CDC Says 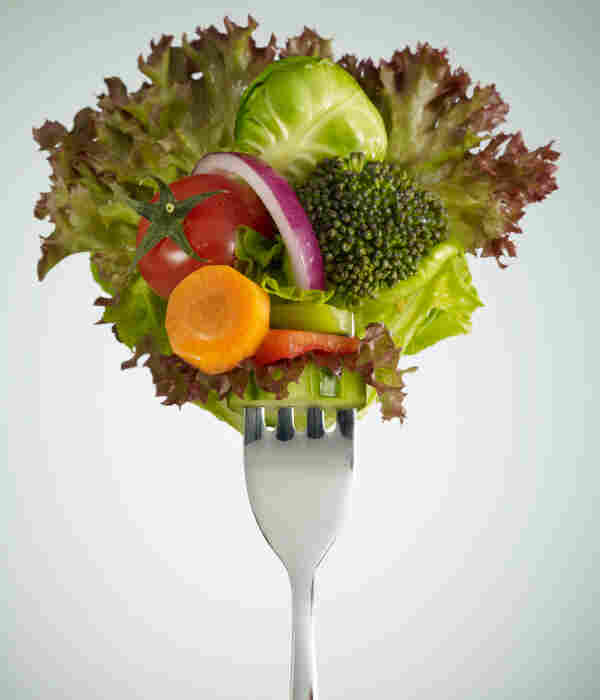 Just because we're eating our vitamins doesn't mean our diets are as healthful as they should be. gerenme/iStockphoto.com hide caption

Here's some good news about Americans' diets: Most of us are getting sufficient amounts of key vitamins and minerals. That's the finding of a nutrition report just out from the Centers for Disease Control and Prevention's National Center for Health Statistics.

Vitamins A and D, folate, iron and iodine are just a few of the nutrients assessed in the nationwide survey, which uses data collected between 1999 and 2006. Overall, less than 10 percent of the population appeared deficient in each nutrient.

"These findings are a snapshot of our nation's overall nutrition status," says Dr. Christopher Portier, director of the National Center for Environmental Health. "Measurements of blood and urine levels of these nutrients are critical because they show us whether the sum of nutrient intakes from foods and vitamin supplements is too low, too high, or sufficient."

Nutrient deficiencies are linked to all kinds of health problems, including heart disease, poor bone health and cancer. But the report cautions that just because we're eating our vitamins, it doesn't necessarily follow that Americans are eating as healthfully as they should.

"The low deficiency rates ... are encouraging," lead researcher Christine Pfeiffer says in a press release, "but higher deficiency rates in certain age and race/ethnic groups are a concern and need additional attention."

Young women of all ethnicities between 20 and 39, who are most likely to become pregnant, had the lowest levels of iodine of any age group. Their average intake was just above the threshold for deficiency, which suggests that many young women aren't getting enough. Iodine deficiency during pregnancy can affect hormones and cause developmental problems. Common dietary sources of iodine include seafood, dairy products, bread and, of course, iodized salt.

Almost all Americans get plentiful amounts of other nutrients, like vitamins A and E, and folate, which also is important during pregnancy. Breads and cereals have been enriched with folate since 1998, when about 10 percent of young women suffered folate deficiency. That rate has since dropped to less than 1 percent.