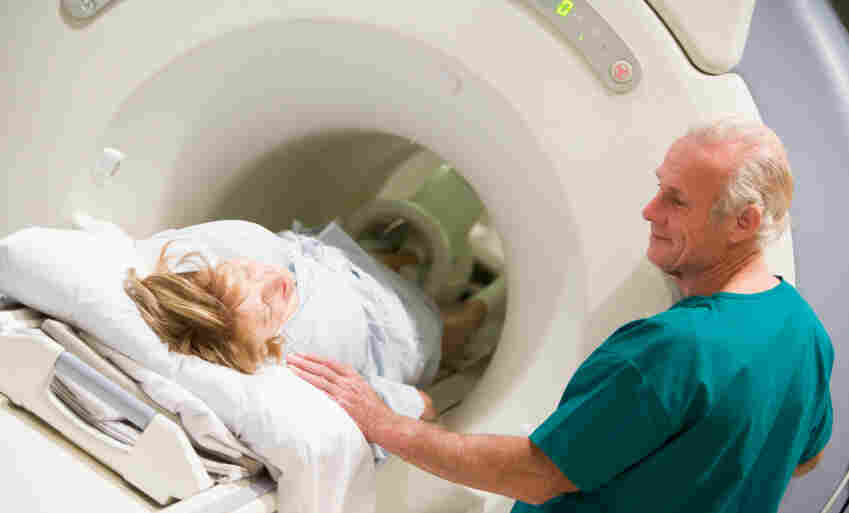 Nine national medical groups are launching a campaign called Choosing Wisely to get U.S. doctors to back off on 45 diagnostic tests, procedures and treatments that often may do patients no good.

Many involve imaging tests such as CT scans, MRIs and X-rays. Stop doing them, the groups say, for most cases of back pain, or on patients who come into the emergency room with a headache or after a fainting spell, or just because somebody's about to undergo surgery.

A child with low belly pain and suspected appendicitis? Don't rush her to the CT scanner. Do an ultrasound first. That will give the answer 94 percent of the time, is cheaper and doesn't expose the child to radiation.

Don't put heartburn patients on high doses of acid-suppressing drugs when lower doses and shorter courses will do, they say. You might just be making their symptoms worse when they try to stop the medicine.

An apparently healthy middle-aged guy with few cardiac risk factors comes in for a yearly exam and wants to know how his ticker is. Don't give him a full cardiac workup, with a treadmill test and fancy imaging. This kind of patient accounts for almost half of unnecessary cardiac screening.

Postpone repeat colonoscopies for 10 years if the first one is negative, or if it found and removed one or two early-stage colon polyps, the guidelines state. And stop prescribing antibiotics for mild-to-moderate sinus infections.

And here's one that raises some tricky questions: Most patients who are debilitated with advanced cancer shouldn't get more chemotherapy.

"When somebody is literally bed-bound and unable to walk or take care of himself, it's almost futile to use cancer-directed treatment and will probably have negative consequences," says Dr. Lowell Schnipper, a Boston cancer specialist who helped develop the new guidelines.

Schnipper tells Shots many cancer patients are getting chemotherapy in the last weeks of their lives. He says that does no good, makes patients miserable and may shorten their life.

The Choosing Wisely project was launched last year by the foundation of the American Board of Internal Medicine. It recruited nine medical specialty societies representing more than 376,000 physicians to come up with five common tests or procedures "whose necessity ... should be questioned and discussed."

Consumer groups are involved, too. Led by Consumer Reports, they include the AARP, National Business Coalition on Health, the Wikipedia community and eight others.

The effort represents a growing sense that there's a lot of waste in U.S. health care, and that many tests and treatments are not only unnecessary but harmful.

Harvard economist David Cutler estimates that a third of what this country spends on health care could safely be dispensed with.

"That's certainly the number we use," Dr. Steven Weinberger, CEO of the American College of Physicians, tells Shots. "Most of us feel something like $750 billion or so could be eliminated from the system out of the $2.5 trillion or so that we spend on health care."

"I talk about this a fair amount around the country, and invariably physicians come up to me and recount their own anecdotes about overuse and misuse of care," he says.

Proponents of the campaign are aware they're wading into dangerous waters. "There will be some ... that may demonize this campaign and infer the R-word — rationing," Daniel Wolfson of the ABIM Foundation wrote in December when the campaign was launched.

But rationing is the denial of care that patients need, Wolfson points out. The Choosing Wisely campaign aims to reduce care that has no value.