Accessibility links
When It Comes To A1C Blood Test For Diabetics, One Level No Longer Fits All : Shots - Health News People with diabetes may have more options for managing the disease, with new guidelines that don't include a one-size-fits-all approach to blood glucose levels. 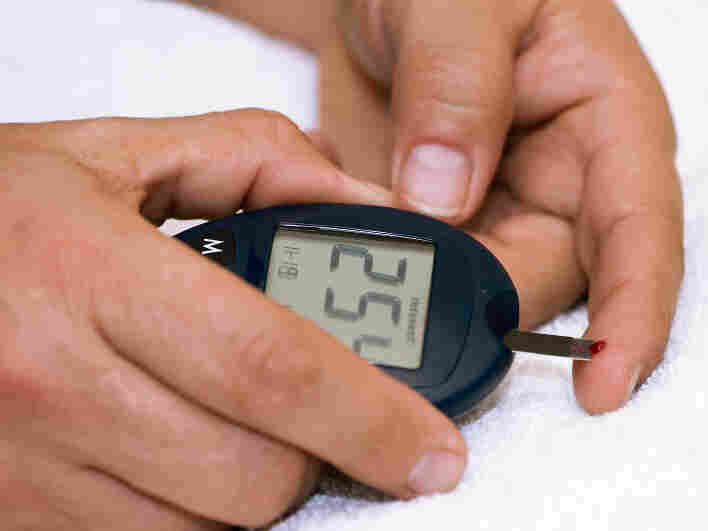 A person with diabetes may need to test blood glucose levels up to 10 times a day. Isaac Santillan/iStockphoto.com hide caption 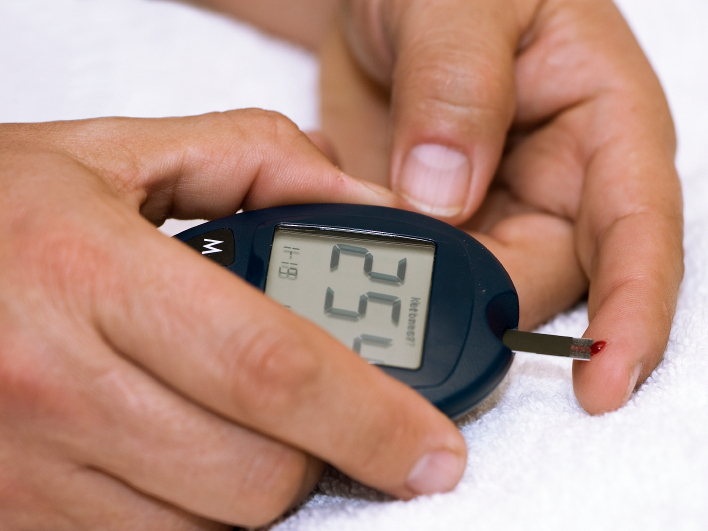 A person with diabetes may need to test blood glucose levels up to 10 times a day.

If there's one thing that people with diabetes get pounded into their heads, it's that they've got to keep their A1C level under control. That's the blood glucose measure that's used to decide how well a person is managing their diabetes.

But new diabetes management guidelines announced today will cut many people with diabetes some slack.

Where old guidelines from the American Diabetes Association said that people should maintain an A1C of 7, the new guidelines say that patients should work with their doctors to determine an appropriate A1C target.

Practically speaking, this means that younger, newly diagnosed people with type II diabetes may need to aim for 7 or 6, while older people who also have heart disease may be OK at 8.

The new position statement from the ADA and the European Association for the Study of Diabetes was published in the journal Diabetes Care. The A1C test is typcially done in a laboratory; home glucose monitors use a different number scale. (Though home A1C tests are on the market, too.)

"It it unrealistic to expect that everybody with diabetes should have the same goals and use the same medication," Vivian Fonseca, president of the American Diabetes Association, told NPR's Allison Aubrey. "For some people who are relatively healthy with newly diagnosed diabetes who have no other problems, then a goal of lower than 7 percent may be appropriate."

Most practicing physicians already knew that blood glucose management needed to be tailored to the patient, according to MaryAnn Banerji, director of the diabetes center at SUNY Downstate Medical Center. These new guidelines give patients and doctors permission to focus on coming up with the right combination of medication, diet, exercise, and glucose testing.

"It was a misguided public health concept that one number would make it easy for patients and doctors to remove the ambiguity and prevent diabetes complications, Banerji told Shots. "The problem is getting to goal safety and with patients' buy-in."

The question of how best to manage diabetes has been a hot topic for years. Some researchers argued for using treatment guidelines based on mathematical formulas, so that treatment is consistent for all patients. Others said treatment should be tailored to each person's health status and environment. It sounds like the second camp has won for now.

The broader selection of drugs now available to treat diabetes, as well as conflicting data on how those drugs work, make it hard to have just one treatment regimen, Fonseca said in a statement.

People need to work with their doctors to come up with a personal diabetes management plan that fits their lifestyle and works, he concluded.