Accessibility links
Doctors Group Tells Patients To Go For Cheaper, High-Value Treatments : Shots - Health News Patients can often skip expensive treatments for simpler, cheaper alternatives. That's the gist of a new campaign from the American College of Physicians. But they've got to convince not just patients, but doctors, too. 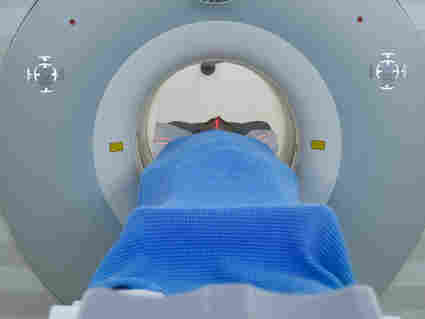 Got a backache? You can probably skip that pricey scan. iStockphoto.com hide caption 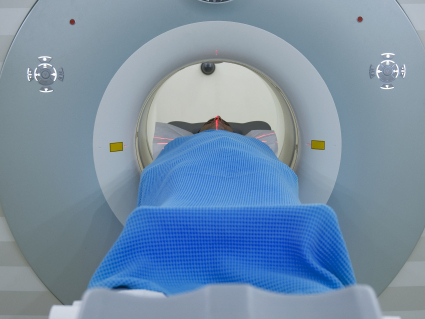 Got a backache? You can probably skip that pricey scan.

The American College of Physicians is urging patients with newly diagnosed diabetes and back pain not to opt for the latest-and-supposedly-greatest.

It's part of a new campaign to steer patients (and their doctors) to what the College of Physicians calls "high value care," and away from expensive tests and treatments that aren't any better — and often are worse.

That may seem like common sense. But it's a departure, and maybe a surprise, to hear a mainline physician group name names when it comes to drugs that shouldn't be first choices — and even steer patients to non-physician competitors.

Instead of highly touted diabetes brands such as Actos, Januvia and Avandia, the physicians' group says, patients with type 2 diabetes should start out on a tried-and-true generic.

"The best first choice usually isn't one of the newer, heavily advertised" drugs, says a new brochure put out by the College in cooperation with Consumer Reports magazine. "It's metformin, a drug that has been around for nearly two decades."

"A month's supply of generic metformin typically costs only about $14 compared with about $230 to $370 for Actos and about $265 for Januvia," the brochure points out.

When it comes to back pain, it's usually not a good idea to get an x-ray, CT scan or MRI, says another new pamphlet that carries the College of Physicians brand.

"If you don't feel better after four weeks or so, it might be worth talking to your doctor about other options," back pain sufferers are advised. Maybe they should see a chiropractor or an acupuncturist, the brochure says.

Steven Weinberger, CEO of the American College of Physicians, says many patients come into doctors' offices with the expectation they're going to get a high-tech imaging study to diagnose their back pain.

"Their neighbor might say, 'When I had back pain I had an MRI, so maybe you didn't get the best care,' " Weinberger told Shots. "We're saying the reflex reaction doesn't represent the best care."

The group plans to put out a series of other pull-no-punches pieces of advice on common conditions.

"In these days of crisis in health care costs," he says, "the medical profession should take its ethical and professional responsibility to do what we can to reduce costs while not compromising care."

Weinberger says that doing the right thing make take courage, "because physicians have financial incentives" to prescribe less cost-effective care, and so do hospitals. So, of course, do pharmaceutical companies.

But Sethu Reddy, the U.S. medical director of Merck, maker of the diabetes drug Januvia, idn't sound too threatened.

"Cost is one factor," Reddy told Shots. "But there are four or five other factors that the doctor has to weigh in. He can't just automatically say that this is the automatic option for every new patient."

Reddy pointed out that, on the very day the physicians' group urged newly diagnosed type 2 diabetics who need drugs to start with metformin, US and European diabetes specialists issued new guidelines that are less prescriptive.

"More than any other previously reported guidelines," notes diabetes expert William Cefalu, the new position statement "emphasizes that one size clearly does not fit all."