Accessibility links
Bird Flu Scientist Has Applied For Permit To Export Research : Shots - Health News The Dutch scientist at the center of the controversy over recent bird flu experiments says that his team applied for government permission Tuesday to submit a paper describing their research to a science journal. He is optimistic the request will be granted, but had hoped he wouldn't need the special permit.

Bird Flu Scientist Has Applied For Permit To Export Research

Bird Flu Scientist Has Applied For Permit To Export Research 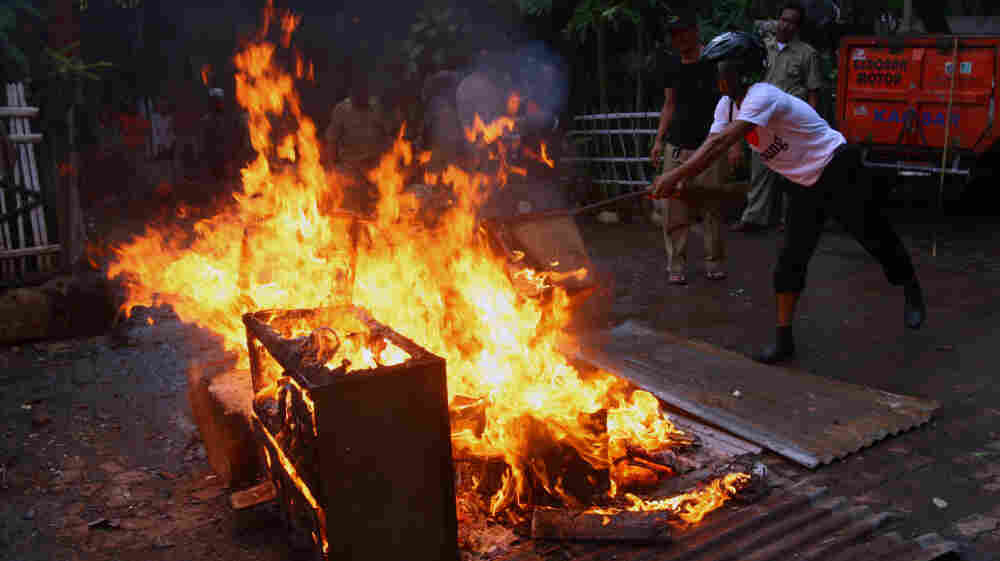 Local officials burn chicken coops in anticipation of a resurgence in bird flu in Jakarta, Indonesia, in January. Concerns about potential misuse of research into genes that control the contagiousness of flu have stymied publication. Tatan Syuflana/AP hide caption

The Dutch scientist at the center of the controversy over recent bird flu experiments says that his team applied for government permission today to submit a paper describing their research to a science journal.

The Dutch government has asserted that the studies, which describe how to make bird flu virus more contagious, fall under regulations that control the export of weapons technology.

But Ron Fouchier of Erasmus Medical Center says his lab's research is basic science that is exempt under the law.

He feels the government's actions amount to censorship and has previously has said he did not want to apply for an export permit, because it would set a precedent. He had even considered submitting the paper to the journal Science without seeking permission, even if it meant suffering the consequences, which could include jail and a large fine.

Fouchier held out hope that the government might lift the export control restriction after a meeting on Monday at The Hague to discuss the matter. But on Tuesday, by email, he told NPR that "we have been informed we need an export permit."

He said that he and the senior authors of the paper, along with the board of directors of his medical center, decided to apply for a permit while simultaneously disputing the obligation to comply with it.

Now that the application has been submitted, it is time for the Dutch government to decide what to do. "From the discussions over the last days, we got the impression that it will be granted," wrote Fouchier. "We have also been informed that the request will be handled quickly."

While not exactly sure how long it might take, he hopes to hear something after the weekend.

"This is of course a compromise solution, that will hopefully prevent escalation of the matter, while we still move towards publication," wrote Fouchier. "And nobody will end up in jail."