Accessibility links
Your Stories Of Being Sick Inside The U.S. Health Care System : Shots - Health News Our call-out on Facebook for people to share their experiences of the health care system yielded wrenching tales of bankruptcies, medical errors, and delayed or foregone treatment. 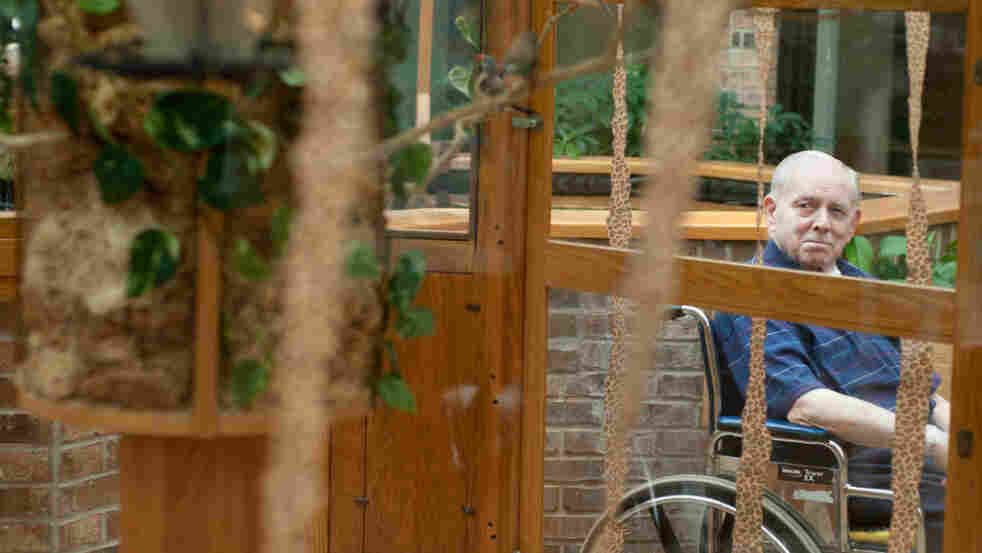 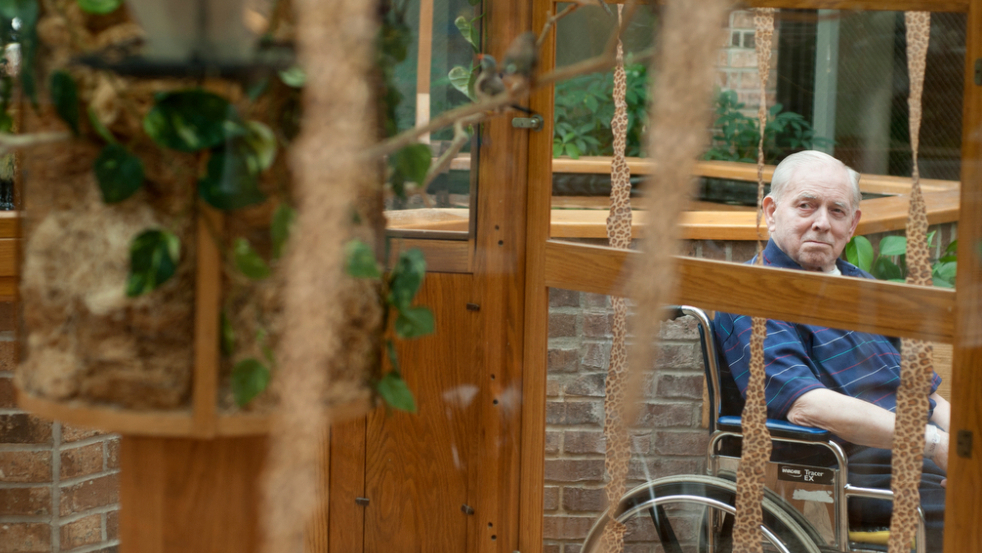 To get a feeling for what being sick in America is really like, and to help us understand the findings of our poll with the Robert Wood Johnson Foundation and the Harvard School of Public Health, NPR did a call-out on Facebook. We asked people to share their experiences of the health care system, and within 24 hours, we were flooded with close to 1,000 responses.

The stories, often lengthy and detailed, echoed what our poll found: Americans with recent firsthand experience of the U.S. medical system are more likely than the general public to say there are serious problems with the cost and quality of care.

From Oregon to Florida and Maine to Mississippi, Facebook respondents told wrenching tales of bankruptcies, missed diagnoses, medical errors, miscommunication and treatment that was delayed or foregone because of its cost.

Take Aimee Snyder, a 28-year-old graduate student at the University of Arizona. She got preoccupied with choosing her courses and missed the sign-up deadline for health insurance by one day. Then she started having leg pains and shortness of breath. 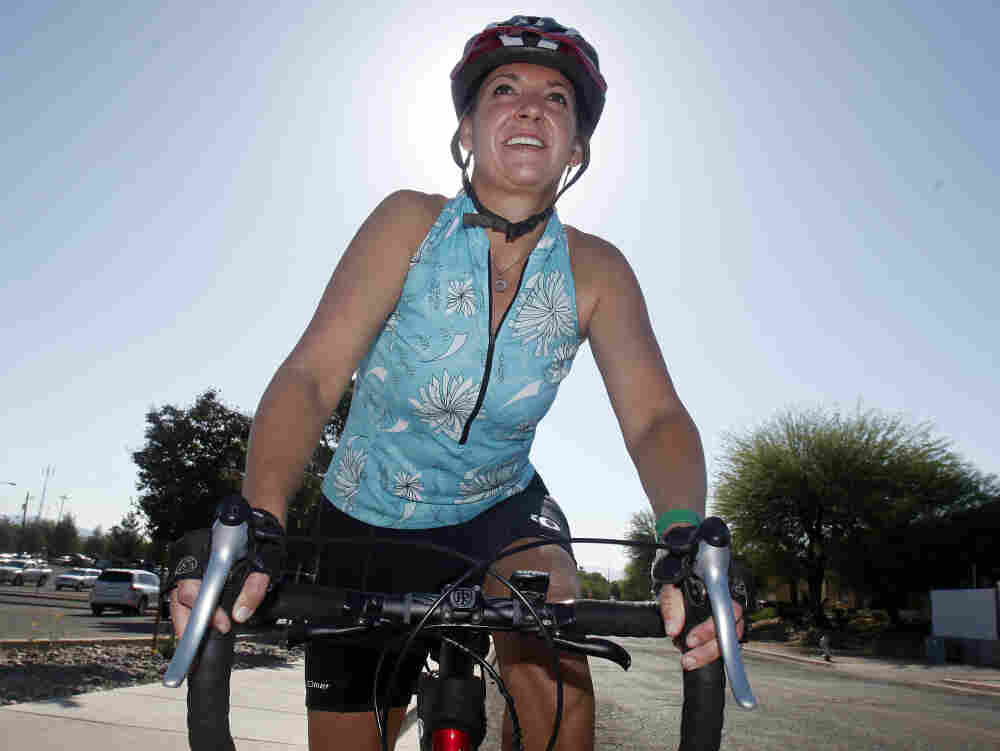 Aimee Snyder, 28, had a blood clot in her leg that could have killed her. She's fine now, but she's had to pay more than $15,000 in medical bills so far. David Sanders/For NPR hide caption 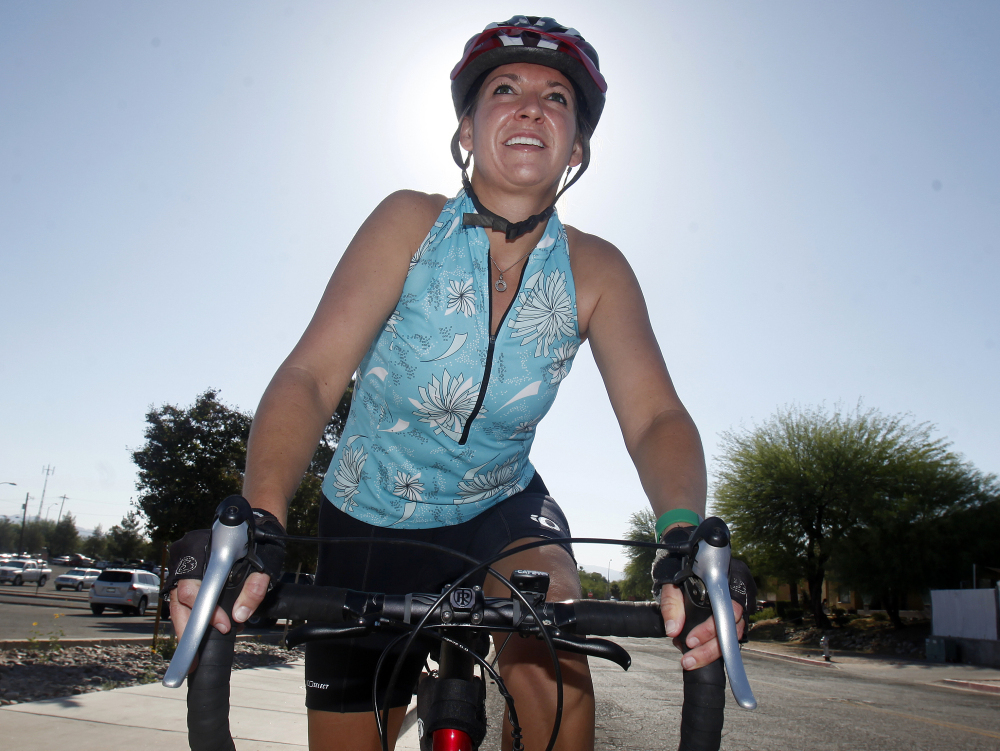 "My leg swelled up to double the size and turned purple," Snyder says. But she didn't seek care because she couldn't imagine how she'd pay the emergency room bill. After hobbling around in pain for several days, she discovered she could get a discount on her hospital bill and went to the ER.

Doctors found an extensive blood clot in her leg, with pieces breaking off and going to her lungs. She could have died within hours. Luckily, she's fine, but she's had to pay more than $15,000 in bills so far, and she's had to borrow from her family and use student loan funds to pay them. 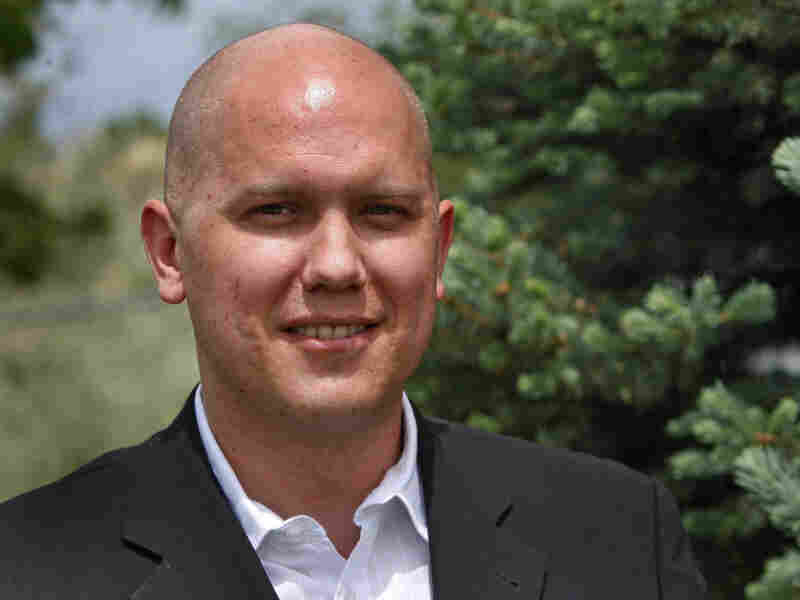 Andrew Dasenbrock, 32, was sent to two separate health care facilities owned by the same network and had to submit to, and be billed for, the same tests twice because of their inability to communicate. Tom Smart/NPR hide caption 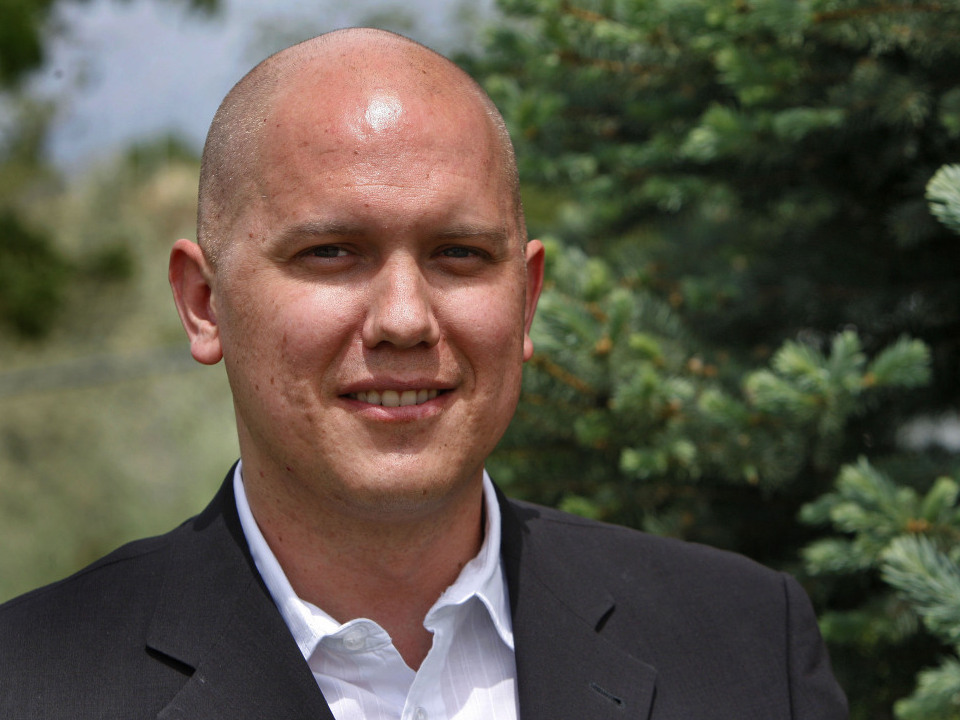 Andrew Dasenbrock, 32, was sent to two separate health care facilities owned by the same network and had to submit to, and be billed for, the same tests twice because of their inability to communicate.

The new poll finds that 43 percent of people with recent illness ended up with serious financial problems.

Sometimes, medical bills are higher than they need to be. Andrew Dasenbrock of Salt Lake City recently had to pay twice for much of his care. He's 32, a self-employed IT consultant who says he can't afford health insurance.

It started when he woke up one night with alarming stomach pain — "like shards of glass traveling through me," he says. Doctors at a nearby urgent care center ran a bunch of tests but couldn't figure out what was wrong, so they sent him to the hospital.

According to our poll,

Even though the hospital was part of the same system, the doctors there weren't alerted that Dasenbrock was coming and his records weren't transferred. So he had to fill out the same questionnaires and repeat all the same diagnostic tests, as he was doubled over in pain.

A CT scan showed a nonserious ailment that needed only simple treatment — lots of fluids — and Dasenbrock went home. But two days later he got two bills totaling thousands of dollars.

"I laid the two bills next to each other and it was literally word for word, letter for letter and line item by line item the same charges ... for all the tests I had gone through," Dasenbrock says. He ended up having to pay for the duplicate tests.

Just as in the poll, the cost of care was a big problem for many Facebook users who contacted NPR. And often they reported ruinous financial problems.

Marty Clear is one case. He's a 60-year-old freelance writer in Tampa who can't afford health insurance. "If I make $400 a week, it's a really good week," he says. 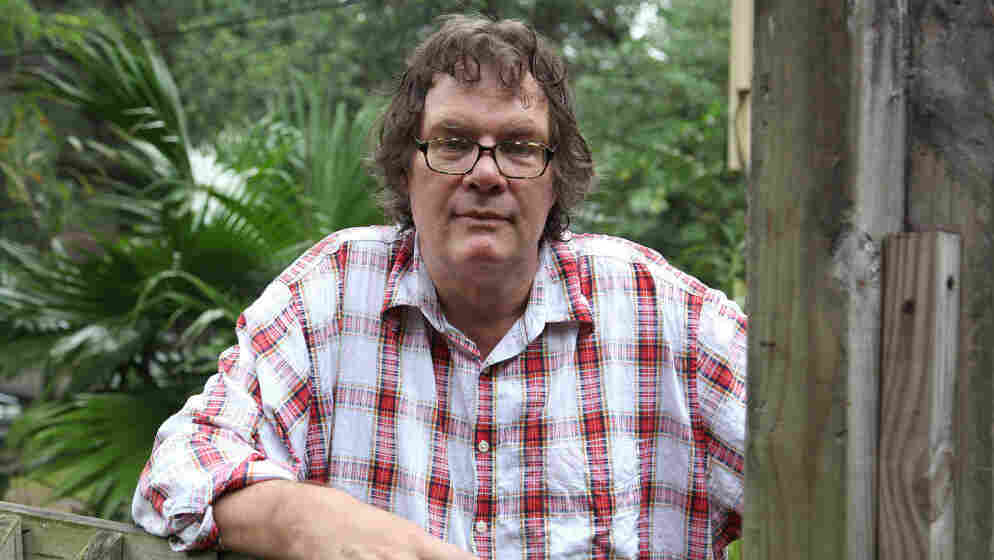 Marty Clear, 60, is a freelance writer based in Tampa, Fla., who has no health insurance. Last November, Clear went to an emergency room, and doctors discovered a cancerous tumor on his kidney. He's fine, but he says he'll never be able to pay off the resulting bills. Bill Serne for NPR hide caption 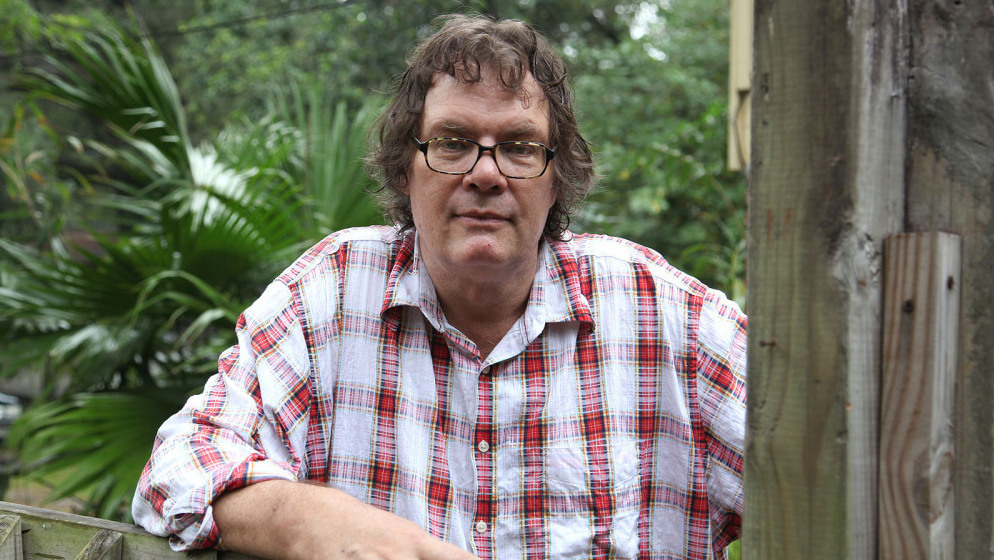 Marty Clear, 60, is a freelance writer based in Tampa, Fla., who has no health insurance. Last November, Clear went to an emergency room, and doctors discovered a cancerous tumor on his kidney. He's fine, but he says he'll never be able to pay off the resulting bills.

He went to the emergency room for a problem and doctors found something unrelated: an enormous tumor on his kidney. It turned out to weigh 8 pounds.

"I was treated at one of the best cancer hospitals in the country, but I know I'll never have any money again," Clear laments. "I'm never going to be out of debt for this."

Clear has sold his car and he skips meals to save money. He feels he'll never be able to pay off medical bills, which may total $200,000. The worst part, he says, is the guilt.

There were hundreds of stories raising questions about the quality of care people got. Many were too complicated to recount briefly, and difficult to verify in any objective way. But the level of detail and thoughtfulness of many responses makes it clear things did not go the way they should.

A major theme was miscommunication among caregivers. Jacki Bronicki, a medical librarian at the University of Michigan, tells of the frustration she felt about the treatment received by her father, 80-year-old Douglas Harlow Brown, who has Parkinson's disease. 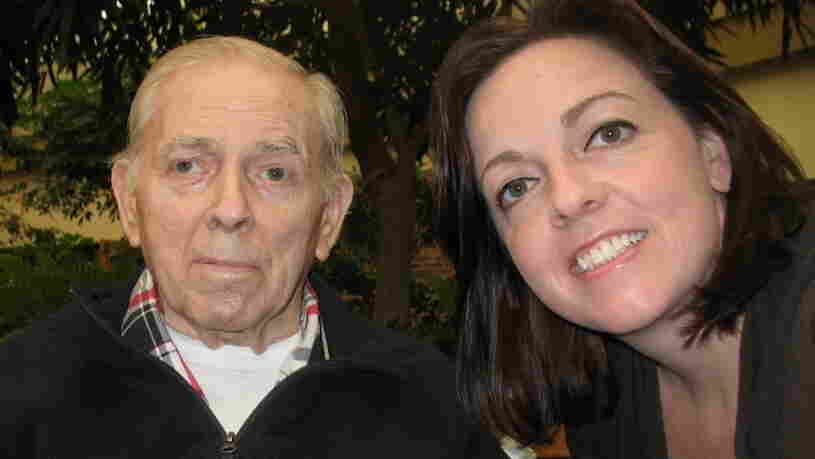 Douglas Harlow Brown, 80, of East Lansing, Mich., with his daughter Jacki Bronicki. After Brown was hospitalized with broken ribs, Bronicki says, his doctors failed to communicate about his medication. Courtesy of Jacki Bronicki hide caption 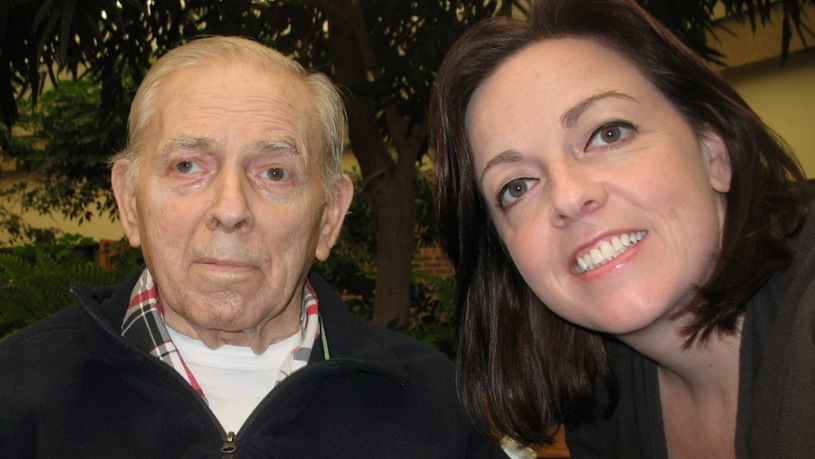 Douglas Harlow Brown, 80, of East Lansing, Mich., with his daughter Jacki Bronicki. After Brown was hospitalized with broken ribs, Bronicki says, his doctors failed to communicate about his medication.

Last year he fell and broke three ribs. He was admitted to the hospital, and his mental state began to deteriorate by the second day. "He wasn't even coherent by the third day," Bronicki says.

Brown, a retired engineer who taught physics, was mentally fine before the hospitalization, Bronicki says. So it wasn't normal for him to be so confused.

But she says the parade of doctors who saw him seemed to assume "that was his natural state, given his age and condition. We would have to convince each new doctor that saw him — tell the story of his Parkinson's, explain that this was not his normal, that he was normally functioning, talking, coherent."

Our poll found that among those who've been hospitalized in the past 12 months ...

A neurologist finally figured out what was wrong. Different doctors had prescribed different pain medications, and the drugs were interfering with Brown's Parkinson's medication. That caused his mental deterioration and made his limbs rigid.

After the medication was straightened out, Brown improved. But Bronicki and her sisters felt they had to maintain a constant vigil at his bedside to prevent another medication error.

And now Bronicki regrets that she ever took her father to the hospital in the first place. After all, there's no specific treatment for broken ribs, which must heal by themselves.

"He has a lot more dementia than he had a year before," she says. "He can't walk anymore. And I'm not sure if it would have normally progressed like this, or if we really sped it up."

Among many stories like this, there were some from people who think the quality of their care is fine.

Liz Gubernatis of Saint Joseph, Mo., says she's been "astonished at the supportive, cohesive care" she has gotten since she was diagnosed recently with diabetes.

"I've been scared, but educated," she writes, "cried, but consoled, and cheered on by a team of amazing doctors, nurses and patient-care folks. Being sick in America isn't all doom and gloom."

According to the new poll, one in four people with recent illness say the quality of care is not a problem for this country. That's not exactly a ringing endorsement.

And even though nearly half of poll respondents say they're very satisfied with the quality of care they get, that leaves lots of room for improvement.

If you want to dive deeper, here's a summary of the poll findings, plus the topline data and charts.