Accessibility links
A Dire Sign Of The Obesity Epidemic: Teen Diabetes Soaring, Study Finds : Shots - Health News The proportion of 12- to 19-year-olds who report having diabetes or "prediabetes" increased from 9 percent in 1999 to 23 percent in 2008, according to a paper published in the journal Pediatrics. "This report really sounds the alarm," says one researcher. 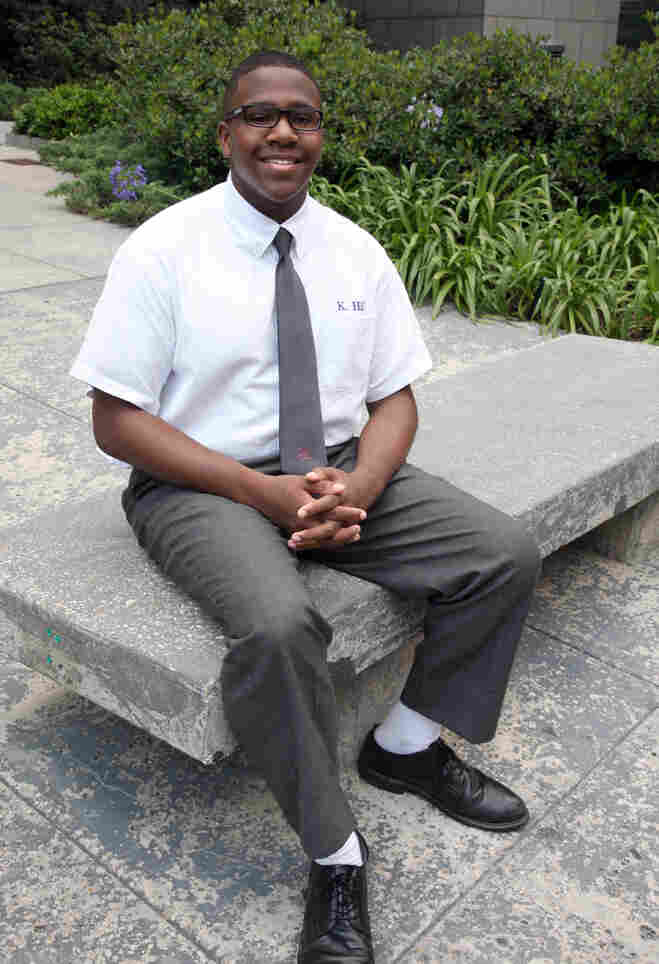 Karlton Hill, 15, was diagnosed with diabetes when he was 12. He works hard to manage the disease: He jogs and does pushups every day; he takes metformin is very careful about what he eats. Leslie Capo/LSU Health Sciences Center hide caption 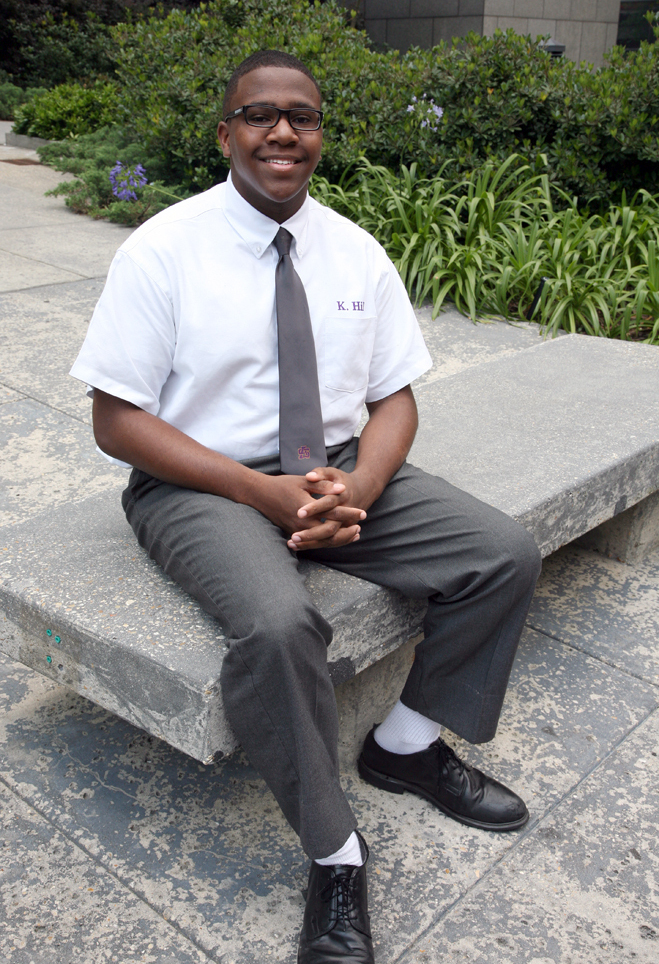 Karlton Hill, 15, was diagnosed with diabetes when he was 12. He works hard to manage the disease: He jogs and does pushups every day; he takes metformin is very careful about what he eats.

Karlton Hill was only 12 years old when when he found out he had diabetes. Even though he was only in seventh grade, Karlton knew what diabetes was; he had watched the disease destroy his great-grandmother's life.

Public health experts have been worrying for years that the obesity epidemic would lead to an epidemic of Type 2 diabetes among kids.

Now, for the first time, researchers have direct evidence that those fears are coming true — that Karlton Hill is far from alone. Researchers analyzed data from 3,383 youths ages 12 to 19 who participated in a federal survey and found that the proportion of those with diabetes or "prediabetes" increased from 9 percent in 1999 to 23 percent in 2008, according to a paper published in the journal Pediatrics.

"It's concerning," says Ashleigh L. May of the federal Centers for Disease Control and Prevention in Atlanta, who led the study.

Type 2 diabetes, the most common form of the disease, is a condition that until recently doctors almost never saw in kids. But that was before the childhood obesity epidemic.

"That's a shockingly high figure that has dire implications to the health of this entire generation of children. This report really sounds the alarm," says David S. Ludwig, a childhood obesity expert at Children's Hospital in Boston.

Diabetes can cause all sorts of other problems, including blindness, nerve damage, heart attacks and strokes.

"It's one thing for an overweight or obese 55-year-old gaining an extra few pounds a year to develop diabetes at age 65 and then have a heart attack. It's a very different thing if the clock starts ticking at age 10," Ludwig says. "Children have so many more years to suffer from the consequences from these serious medical problems related to obesity.

So many other diseases that used to hit only older people could also start showing up in large numbers when folks are in the prime of their lives.

The new study also found disturbingly high levels of other problems that increase the risk for heart attacks and strokes in kids, including high blood pressure and high cholesterol.

"The impact of the epidemic will continue to mount for many years as this generation of children carry these increased risk factors into adulthood and carry the burden of chronic disease for so many years longer than ever has been the case in history," he says.

Researchers are especially concerning about the high rate of diabetes among teenage girls.

"These are teen girls — adolescent girls — who are going to become mothers in the next five to 10 years. And if their weight is not healthy, we're going to have another generation of these children with metabolic problems that lead to diabetes and prediabetes," says Melinda S. Sothern of Louisiana State University.

To fight this trend, more and more children are facing a lifetime of struggling to keep their blood sugar under control.

"It requires a long period of medication use, strict diet, exercise and surveillance, all of which is quite expensive," says Vivian Fonseca at the American Diabetes Association. And that, she says, will be hard on them and society.

So Karlton Hill, who lives in New Orleans and is now 15, works hard to keep his diabetes under control. He jogs and does pushups every day; he takes the anti-diabetes drug metformin and is careful about what he eats. But he can't help worrying.

"I'll open a book and I'll see what's happened to somebody else, and I'll really say — it will kind of scare me for a second — it'll be like, 'Whoa that's, that could be me if I do something wrong,' " he says. "If I do one wrong move, that could end up being me."