Accessibility links
Shoddy Drugs Threaten Malaria Treatment : Shots - Health News From 20 to 42 percent of the malaria medicines examined in Southeast Asia and sub-Saharan Africa were crummy or counterfeit. The poor quality of the medicines threatens people's health and raises the odds for drug-resistant disease. 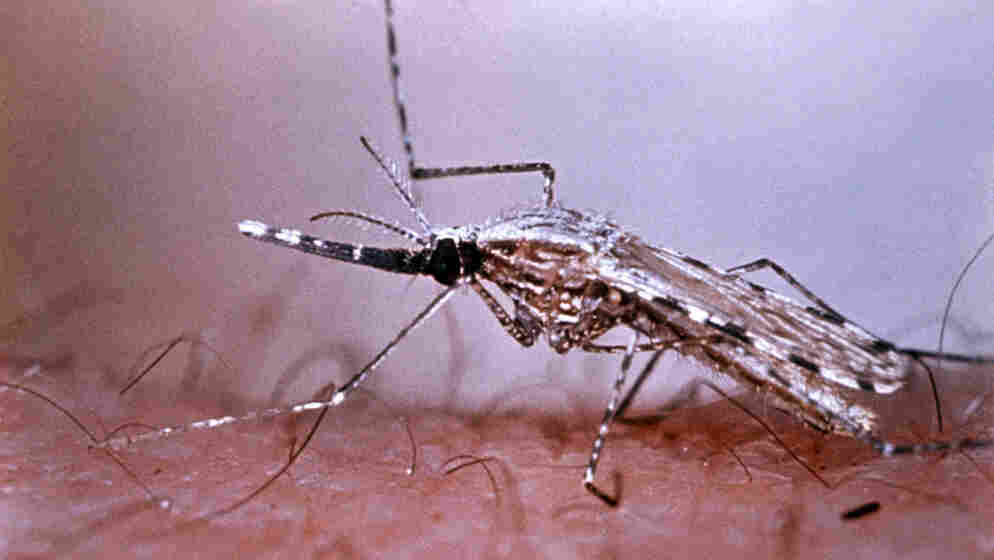 The Anopheles stephensi mosquito transmits the malarial parasite while dining on human blood. You can find this type of mosquito in Afghanistan, China, India, Thailand and the Middle East. CDC hide caption

A look at malaria drugs being used in places that are hotbeds for the mosquito-borne illness finds that many of them are substandard or even fake.

And that's a big problem. Combinations of well-made drugs, including those that contain arteminisin, are a cornerstone of malaria treatment. But when some of the drugs are of poor quality or are outright fakes, people don't get well. Ineffective combinations can promote drug-resistant malaria.

From 20 to 42 percent of the malaria medicines examined in Southeast Asia and sub-Saharan Africa were crummy or counterfeit, according to a review of various studies conducted there. The analysis was just published online by the journal The Lancet Infectious Disease.

In countries where malaria is prevalent, 25 percent of all drugs consumed are malaria medicines, the researchers noted. "Poor-quality antimalarial drugs are an immediate and urgent threat...." they wrote.

They recommend that governments take action to "better define and eliminate both criminal production and poor manufacturing of antimalarial drugs."

That's distant from a previously discovered bunch of cases in Cambodia. And it's a different type of resistant malaria, which means it arose independently of the Cambodian type rather than spreading from there.

"Anti-malarial control efforts are vitally dependent on artemisinin combination treatments," Anne-Catrin Uhlemann and David Fidock of Columbia University wrote in a Lancet editorial last month. "Should these regimens fail, no other drugs are ready for deployment, and drug development efforts are not expected to yield new antimalarials until the end of this decade."