Accessibility links
Thaw At Brain Bank Deals Setback To Autism Research : Shots - Health News A freezer that went on the fritz damaged about one-third of the brains from autistic people being stored at a research depository near Boston. The malfunction, whose cause remains under investigation, could slow research into the disorder. 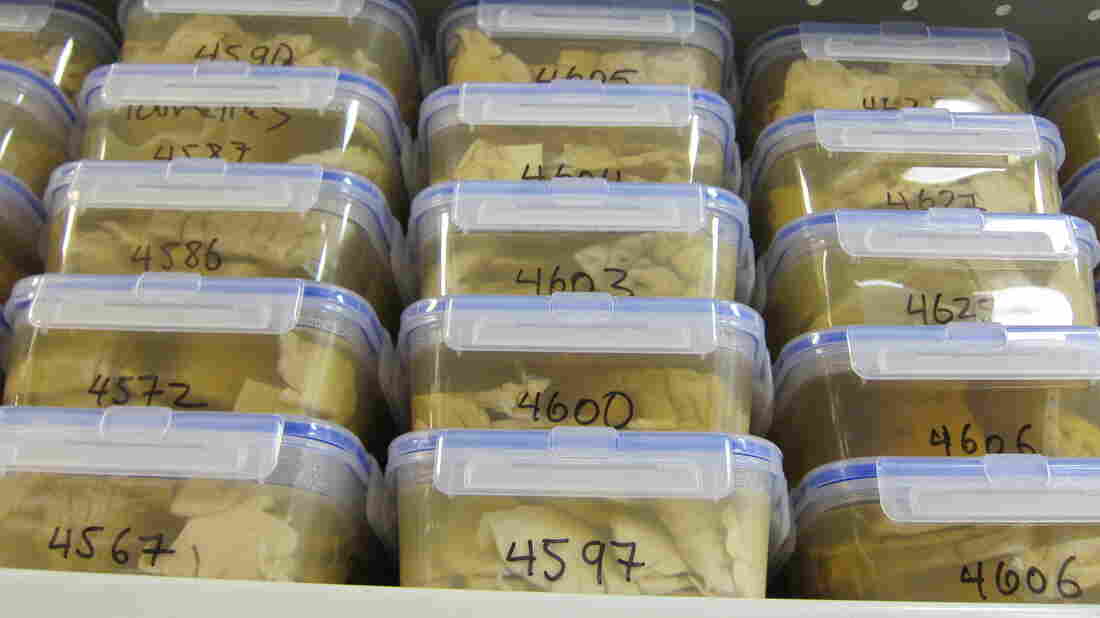 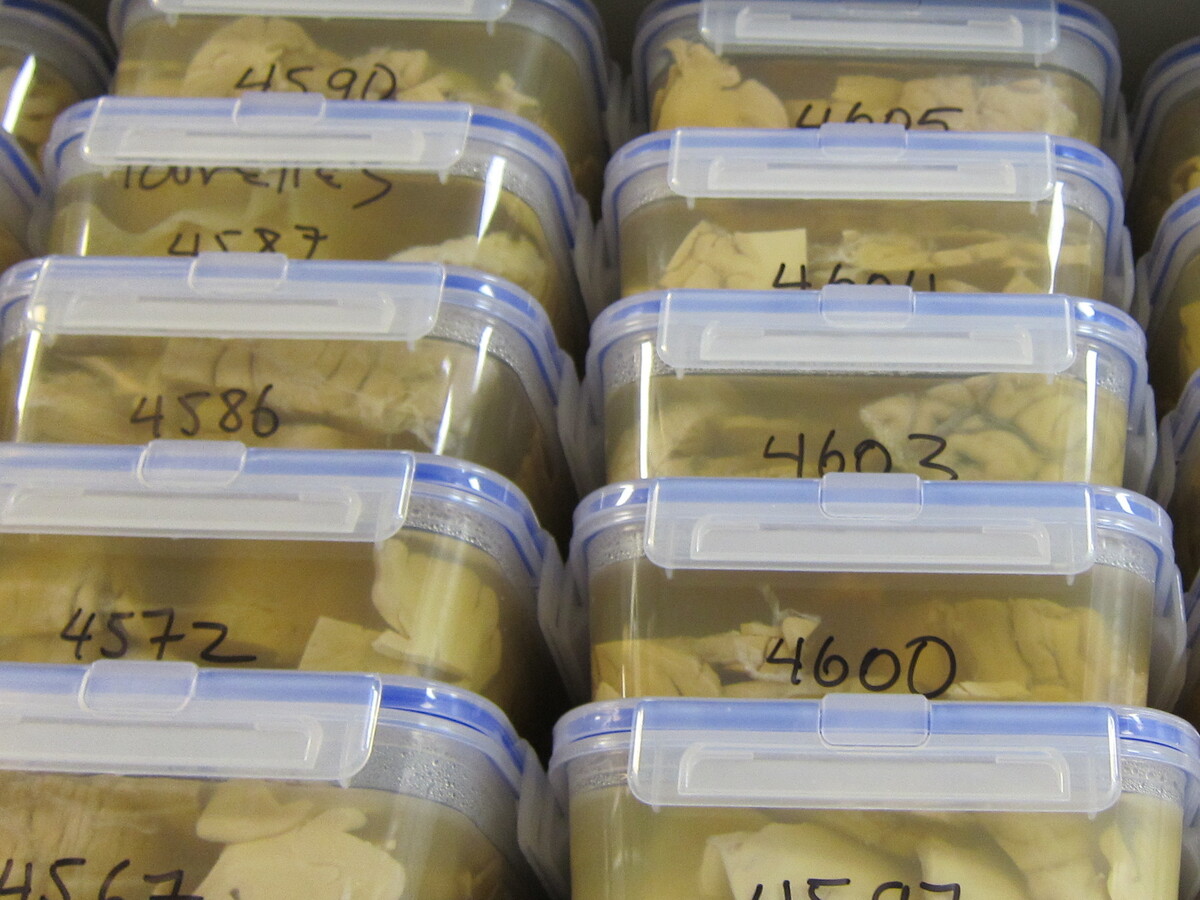 Unrefrigerated brains in preserving solution are stacked high on shelves at the Harvard Brain Tissue Resource Center at McLean Hospital.

The details sound like something out of a bad science-fiction movie.

A freezer storing human brains for research went on the fritz, and nobody at the Harvard Brain Tissue Resource Center knew for days. Two separate alarms that should have alerted staff to the problem failed to sound late last month.

By the time one of the managers at the federally funded repository opened the affected freezer May 31, the temperature was well above freezing and 150 brains had begun to thaw. The Boston Globe first reported on the mishap, which looks like a painful blow to autism research.

Johns Hopkins neuroscientist Carlos Pardo-Villamizaro told the Globe the damage to the brains in the autism collection could slow research on the disorder by 10 years.

About one-third of the brains in the malfunctioning freezer (one of 24 at the bank) were from people who had been diagnosed with autism, said Adriana Bobinchock, a spokeswoman at McLean Hospital, site of the brain bank. "Yes, this is a significant loss, but there's still a lot available for autism research," she told Shots. 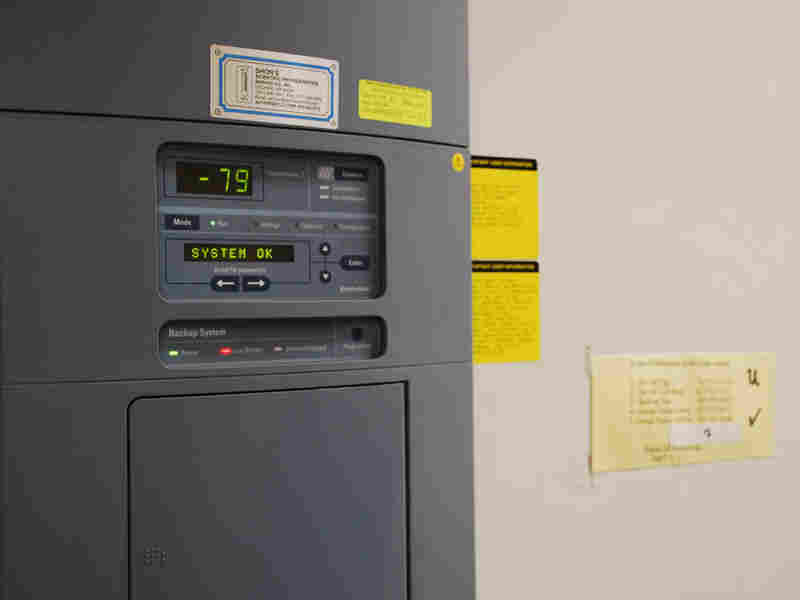 The control panel for freezer U, where a malfunction led to the thawing of brains used in autism research. When operating properly, the freezer temperature is minus 79 degrees Celsius. McLean Hospital/Harvard Brain Tissue Resource Center hide caption 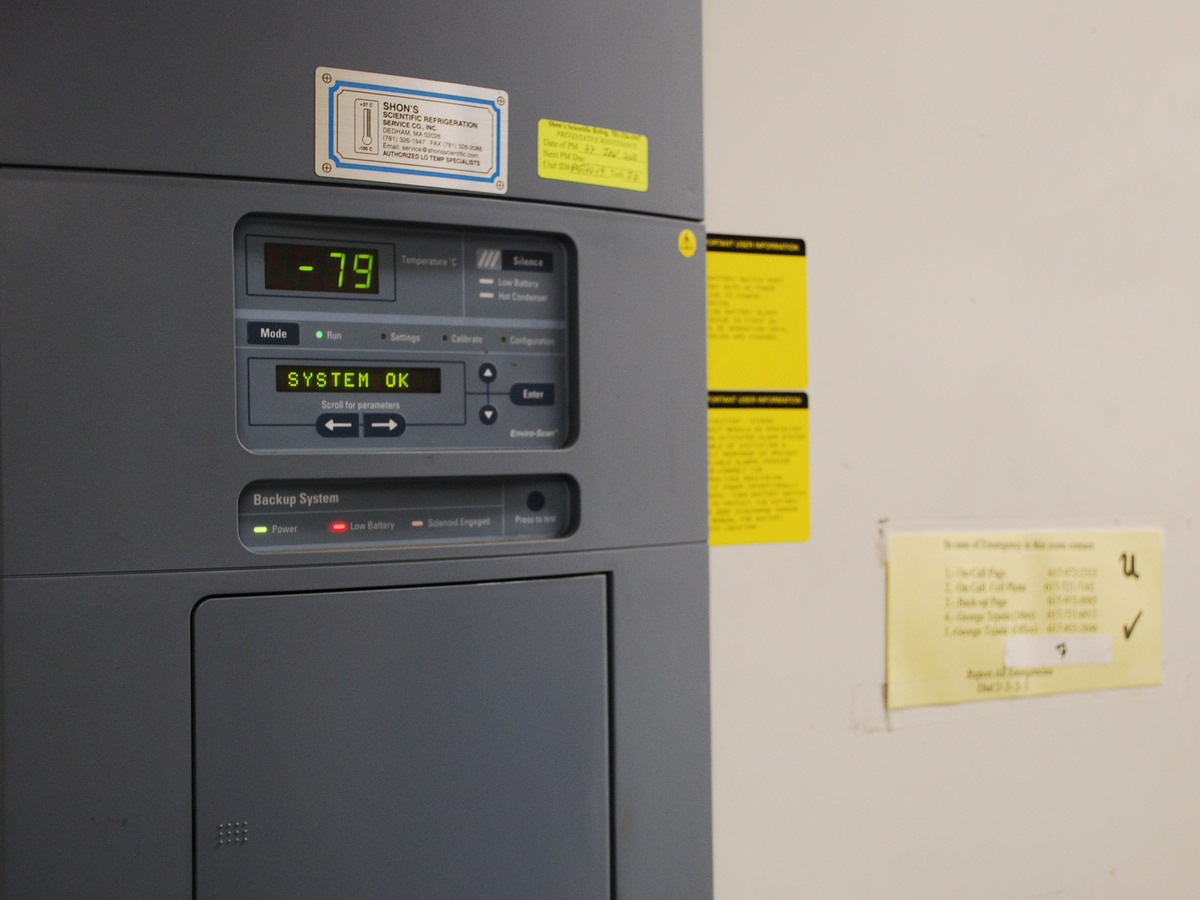 The control panel for freezer U, where a malfunction led to the thawing of brains used in autism research. When operating properly, the freezer temperature is minus 79 degrees Celsius.

She said 32 of the 54 brains from people with autism had been divided in two, with one hemisphere preserved in formalin without refrigeration and the other in the freezer. The brain portions in formalin were unaffected and remain available for researchers. Those that thawed in the malfunctioning freezer may still be useful for some kinds of analysis.

Bobinchock said the brain bank is investigating the cause of the incident. "We've never seen a failure like this before," she said, but she downplayed the notion that foul play could have been involved. The freezers are under 24-hour surveillance, and there are multiple security checkpoints that anyone seeking access has to pass.

Recently, researchers using high-tech imaging technology have found that the brains of people living with autism are different from those without the disorder. Areas at the front and back of the brain, for instance, don't work in synchrony as they should. That snafu can make it harder for people with autism to recognize faces, as NPR's Jon Hamilton reported earlier this month.