Accessibility links
To Sniff Out Childhood Allergies, Researchers Head To The Farm : Shots - Health News Soaring rates of allergies among children in recent decades have researchers puzzled. One theory says we're too clean, so kids' immune systems never learn how to deal with foreign invaders — even the harmless ones. Researchers now hope they'll find some answers by studying kids on farms. 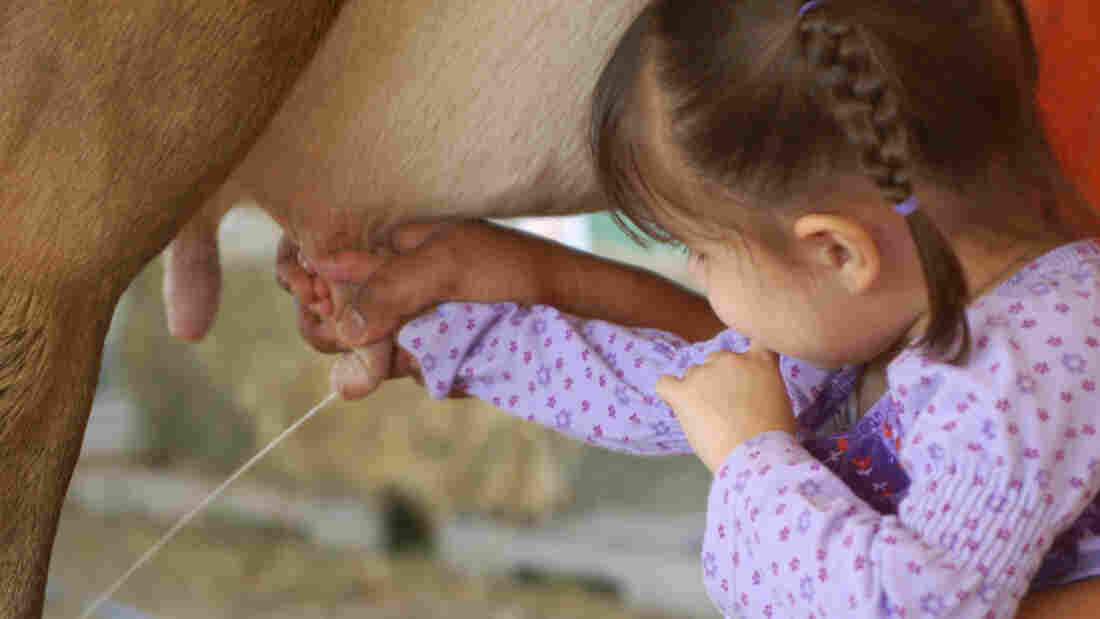 Contact with animals and dirty environments may be one reason farm kids are less likely to get allergies, researchers say. iStockphoto.com hide caption 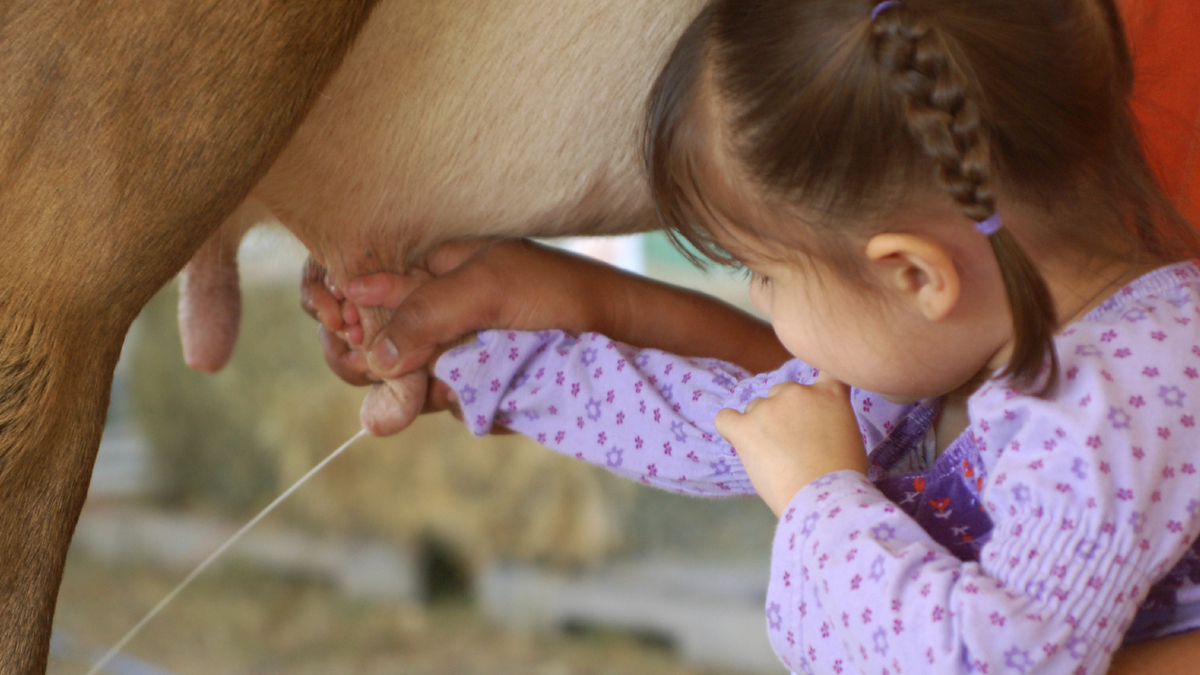 Contact with animals and dirty environments may be one reason farm kids are less likely to get allergies, researchers say.

Allergies are on the rise these days, especially in children. Nearly half of all kids are now allergic to something, be it food, animals, or plants. Federal health officials say that rate is two to five times higher than it was 30 years ago.

And as researchers are trying to understand why, they're increasingly looking at kids who grow up on farms.

The leading theory behind the uptick in childhood allergies, says Andy Nish, a physician with a private practice in Gainesville, Ga., is the hygiene hypothesis. Paradoxically, the theory goes, we're too clean.

"It looks like with our modern conditions and cleanliness that we have fewer and fewer germs to fight off," Nish says. Our immune systems protect us by learning to fight off foreign invaders, whether they're harmless or not. We can't train our defenses if we don't get exposed. And if you're allergic to one thing, you're likely allergic to a number of things.

Take 16-year-old Casey, one of Nish's patients, who recently went in for a routine check-up. Nish says Casey has a host of allergic diseases, including hay fever, asthma, and eczema that's gotten milder as he's aged. "He's definitely an example of someone who is allergic," Nish says.

Nish peers into Casey's ears and mouth, and checks his neck for lymph nodes. He's looking for the telltale signs of allergy: runny nose; itchy, watery eyes; sneezing. Casey's nose is a bit congested, but it's not too bad.

Casey's allergies include dust mites, cats, and certain grasses and weeds. The hygiene hypothesis suggests that Casey's immune system never learned how to deal with those natural substances – hence the allergies. And the theory is bolstered by evidence from farms.

Studies show children who live on farms have low rates of allergies. Dr. Mark Holbreich, an allergist in Indianapolis and a fellow of the American Academy of Allergy, Asthma and Immunology, calls it "the farm effect."

Holbreich recently did a study, published in the Journal of Allergy and Clinical Immunology, which found very low rates of allergies among Amish children living on farms in Indiana. He says the reason may be because the children get exposed very early on to dirty environments, and to a variety of dust and germs. Even young kids are often in the barn, working with animals, and drinking raw milk.

"We think there's something about milk," Holbreich says. "That's key, along with exposure to large animals, particularly cows."

Scientists don't know exactly what it is in raw milk, or in the barn, or on the cows, that helps boost the immune system. They're researching that now. But Holbreich cautions against drinking raw milk or serving it to your child. It contains too many dangerous, disease-causing bacteria.

There are other theories about why allergies are rising. Taking antibiotics early in life may be a factor. Tightly constructed homes with little ventilation may foster allergies. And today people stay inside for longer periods of time, not exposing themselves to the great outdoors.

But if you have allergies, Nish says, you shouldn't despair. "There's good treatment out there and there's no need to suffer," he says.

There's a host of medications to treat symptoms. Antibiotics are commonly prescribed. There are over the counter anti histamines and decongestants. And there's a nasal steroid spray, which Nish says can help to decrease inflammation in your nose. Studies show the spray benefits some patients.

But the closest thing to a cure, says Nish, is allergy shots – that is, injections of the actual allergic substance. They're given in small doses, he says, "to sneak it past the immune system," and slowly build up the body's tolerance to the substances that cause allergies.

After a few months, allergies are usually under control. And, after a few years, patients can usually stop the shots altogether.