Accessibility links
Surgery Restores Sexual Function In Women With Genital Mutilation : Shots - Health News French researchers report in a new paper that a reconstructive surgery they used to try to repair the genitalia of women circumcised at a young age has helped many of them experience sexual pleasure one year after the surgery. 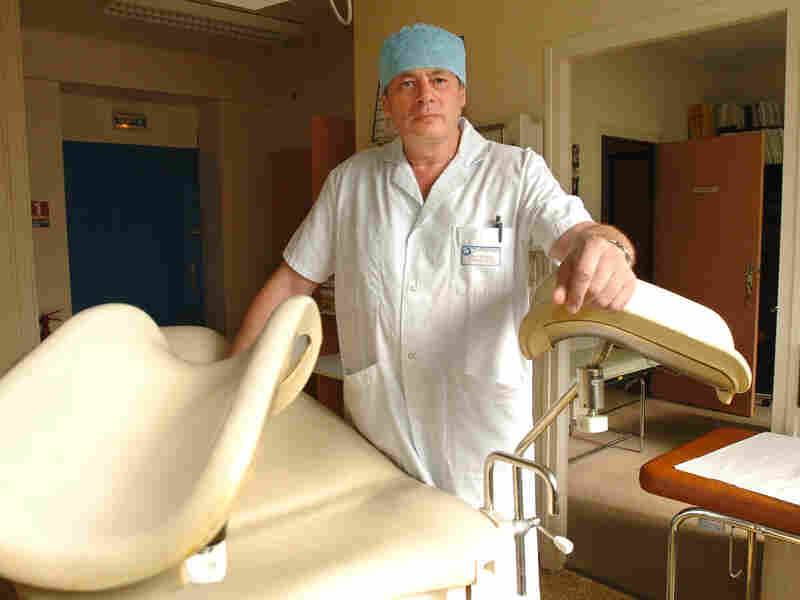 French surgeon Pierre Foldes in his Paris office in 2004. Foldes performs reconstructive surgery on women who have undergone genital mutilation. He recently authored a study on the long-term effects of the surgery. Jean Ayissi/AFP/Getty Images hide caption 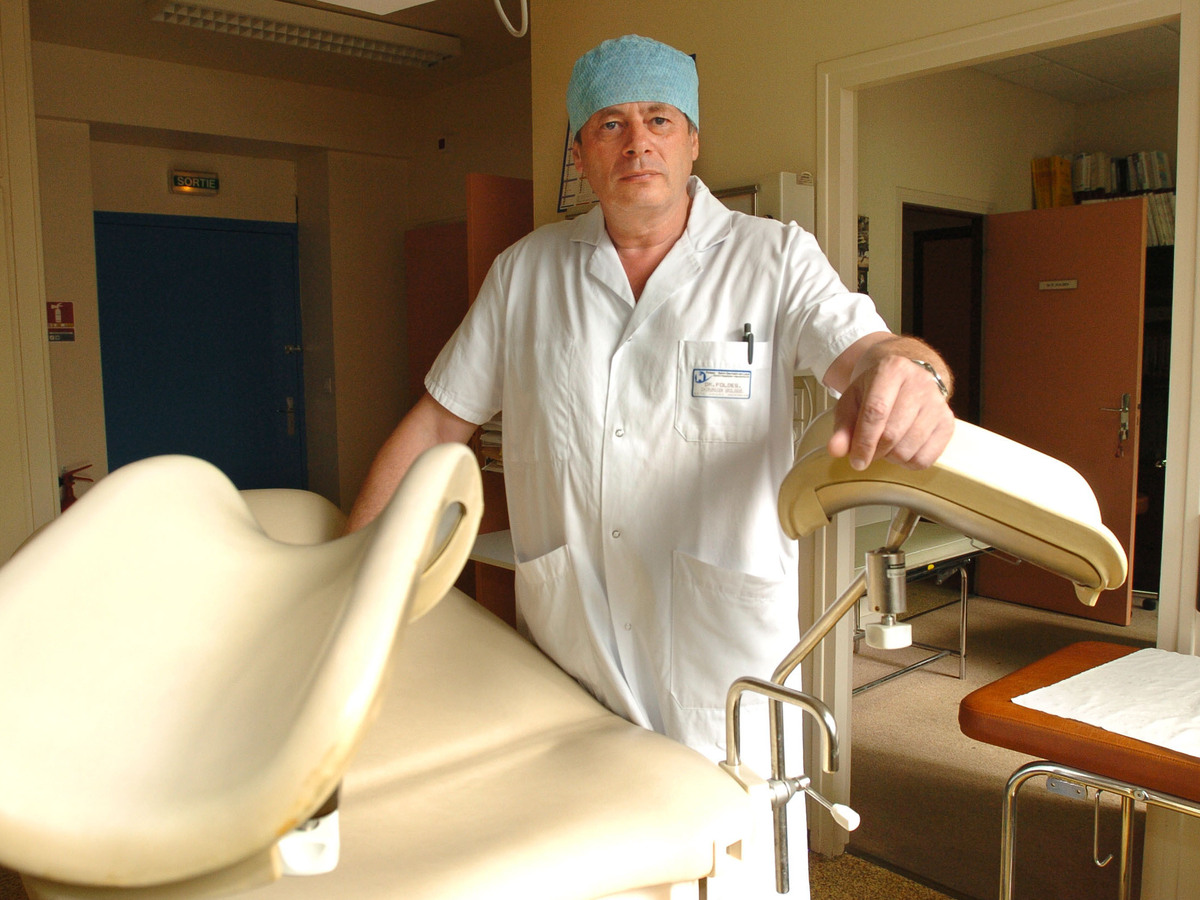 French surgeon Pierre Foldes in his Paris office in 2004. Foldes performs reconstructive surgery on women who have undergone genital mutilation. He recently authored a study on the long-term effects of the surgery.

Female genital mutilation is still remarkably common — mainly in Africa, but also in some countries in Asia and the Middle East and in immigrant communities in Europe and the U.S.

The procedure, which involves removing or cutting all or some of young girls' outer genitalia, is a painful and traumatic experience for the up to 3 million girls and teens who get it every year. It's also dangerous, according to public health groups that adamantly denounce the practice. But it's still regularly performed because of the cultural or religious belief that women should not be allowed to experience sexual pleasure.

Now, French researchers report in a new paper that a reconstructive surgery they used to try to repair the clitorises of 2,938 women in France between 1998 and 2009 has helped many of them experience sexual pleasure. The researchers say that one-third of the women they interviewed a year after their surgery said they could achieve a full or "restricted" orgasm with their new clitorises. None of those women had had an orgasm before the surgery. Half the women who said they'd had a "restricted" orgasm before the surgery reported experiencing a regular orgasm after it.

To evaluate the long-term effects of the surgery, the researchers relied on the responses of 866 women who went to St. Germain Poissy Hospital in St. Germain en Laye, France, for follow-up about their pain and sexual function a year after the surgery. Of those women, most reported an improvement, or at least no worsening, of pain and clitoral pleasure. The results appeared Tuesday online in The Lancet.

Most of the women who had the surgery in the French hospital were from French-speaking countries in Africa, though 564 had had their genitals mutilated while living in France. Reconstructive surgery has been available in France since 2004 and is covered by national health insurance. At least one U.S. doctor also does the surgery, but few patients are able to get their insurance companies to pay for it, according to this story in Newsweek.

In a statement, one of the study authors said she would like to see the surgery become more readily available to the women around the world who could benefit from it. She added that most of these women are unaware the surgery even exists.

"Women with [female genital mutilation] rarely have access to reconstructive surgery to improve their lives, and in most developed and all developing countries, surgery remains prohibitively expensive," said Beatrice Cuzin, a urologist at Edouard Herriot University Hospital in Lyon, France, and one of the study authors.

And in a comment that accompanied the Lancet study, Jasmine Abdulcadir and colleagues from University Hospitals of Geneva point out, "In some countries, the national health care systems do not recognize ... clitoral reconstruction as a therapeutic procedure, classing [it] as cosmetic surgery."

Though restarting sexual function might seem like the most obvious benefit of the surgery, the researchers say most women said they wanted to get it to "restore female identity and completeness."