Accessibility links
Pure Ecstasy Is Safe, Canadian Doctor Says, But Don't Buy 'E' On The Street : Shots - Health News But British Columbia's chief medical officer stresses that there's a big difference between pure ecstasy and the stuff that gets cut with other chemicals and makes up the vast majority of what's sold on the street. 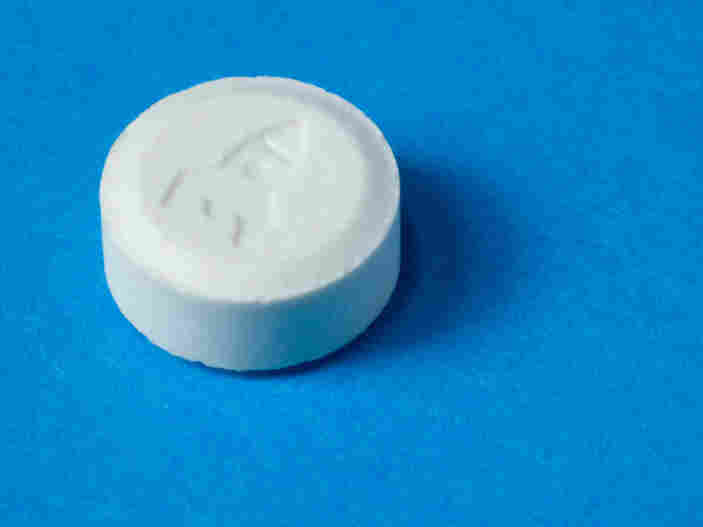 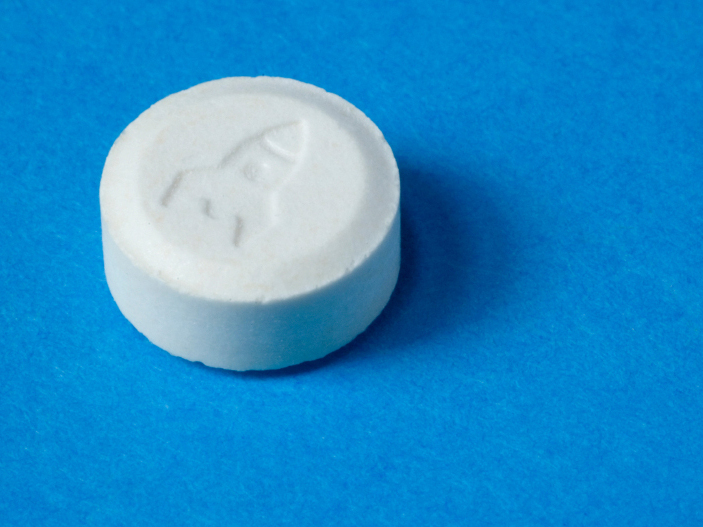 An ecstasy pill with a rocket shop imprint.

As far as recreational drugs that could have health benefits go, ecstasy doesn't exactly have a lot of champions. Instead, the drug, so often associated with raves, has been fingered as responsible for fatal overdoses, depression and problems in fetal development.

So it comes as a bit of a surprise that the chief health officer of British Columbia said today that ecstasy, or MDMA, is safe for consumption and may not have negative long-term health effects. But the official, Dr. Perry Kendall, who gave interviews to several Canadian media outlets, wants to be clear about one thing: There is a big difference between pure ecstasy and the stuff that gets cut with other chemicals and makes up the vast majority of what's sold on the street.

In other words, don't go running out onto the street in search of "E."

"Unless you are getting it from a psychiatrist in a legitimate clinical trial, at the present time, you can't guarantee what's in it, how much there is, or its safety, so I would say, as we have said in the past: Don't take it," Kendall told CBC News.

As you might have inferred, ecstasy is indeed being given to volunteers in clinical settings. For that matter, so is ketamine, a club drug also known as "Special K" that's shown promise in treating severe depression, as NPR's Jon Hamilton has reported.

Still, it's hard to imagine an American health official making such a pronouncement. But Canada has long had a more lenient attitude toward drugs. Vancouver's city council is currently debating marijuana decriminalization; advocates for decriminalization say the illegal drug trade fuels violence in the city.

Kendall told media outlets that if ecstasy were legalized, it would also take control out of the hands of criminals and give the government the chance to regulate the trade.

"[If] you knew what a safe dosage was, you might be able to buy ecstasy like you could buy alcohol from a government-regulated store," Kendall told Canada's National Post in an interview.

Kendall isn't the first health expert to defend the safety of pure MDMA.

Michael Mithoefer, an associate clinical professor of surgery at Columbia University College of Physicians and Surgeons, uses MDMA to treat post-traumatic stress disorder. "There's quite a bit of phase one safety data from studies in the United States and Europe, using doses [of pure MDMA] similar to the ones we're using under medical supervision ... that have shown that [the drug] can be safely administered in that kind of situation," Mithoefer told Tell Me More's Michel Martin in 2007.

And as we've reported, David Nichols, a Purdue University pharmacologist, has also looked at various pharmacological uses for ecstasy. He began his research in the 1980s, before anyone had even heard of it.