Accessibility links
Know The Enemy: Scientists Use Genetics To Get Ahead Of Malaria : Shots - Health News An international team of researchers based in the U.K. say they've taken a big step forward in tracking the malaria parasite's evolution and predicting hotspots of potential resistance.

Know The Enemy: Scientists Use Genetics To Get Ahead Of Malaria

Know The Enemy: Scientists Use Genetics To Get Ahead Of Malaria 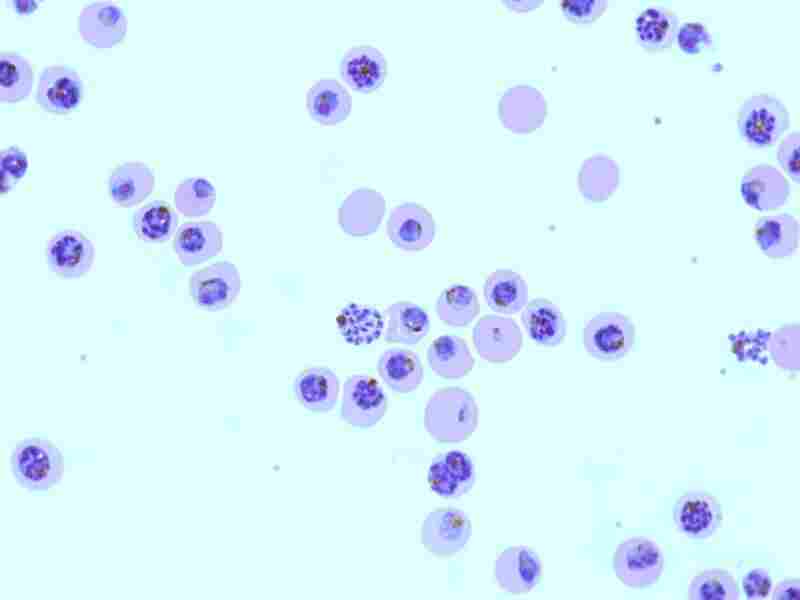 Like the proverbial mosquito that buzzes in your ear but won't die, a lasting solution to malaria has been maddeningly elusive to health experts.

While effective treatments to the disease – which kills more than 600,000 people per year – have become more widely available, the parasite in some places remains one step ahead, rapidly evolving to elude the drugs. In the latest case of resistance, researchers announced in April they'd found a new form of malaria resistant to the most reliable and effective treatment currently available – artemisinin combination therapy, or ACT. The discovery, on the Thai-Burmese border, stoked fears that these drug may also soon become useless.

But even as a global scramble for a new treatment accelerates, an international team of researchers based in the U.K. say they've taken a big step forward in tracking the parasite's evolution and predicting hotspots of potential resistance. In a paper published this week in Nature, researchers say they've found a way to sequence genomes of Plasmodium falciparum, the deadliest and most common form of malaria, from patient blood samples.

"It's a question of knowing your enemy," senior study author and professor, Dominic Kwiatkowski, tells Shots.

Once the parasite enters the body through a mosquito bite, it reproduces billions of times – which can lead to mutated versions that survive and thrive if they prove resistant to treatment. If a mosquito that can carry the parasite bites that person, it can carry that resistant parasite on to another person. One reason malaria eradication has proved so elusive is that a single person who has had the disease several times can carry multiple genetic types of the parasite.

"So we have to understand how it is that the parasite population is evolving to adapt to that drug," Kwiatkowski says. "And we'd like to have a way of surveying parasite populations to see those evolutionary changes happening before they become too firmly established."

By tracking and sequencing the malaria parasite genome using, eventually, a global surveillance system, researchers expect to be able to make global maps of places at risk of resistant forms of malaria.

But the breadth of the discovery's potential reach is still unclear, and deploying a monitoring system in every region with malaria is no small feat. Clive Shiff, a researcher with the Malaria Research Institute at Johns Hopkins University, tells Shots that while the findings' implications are profound, the complicated process of putting it into practice on the ground could forestall immediate impacts.

Kwiatkowski predicts that the price of genome sequencing will eventually fall enough to make it cost effective to implement on a large scale.

And while the discovery could have implications for eventually developing drugs impervious to resistance, the crux of the findings rests on protecting the current cache of effective treatments.

"We certainly don't see this at the moment as being anything that will affect the treatment of an individual patient," Kwiatkowski says. "Rather, what it will influence is what governments and health ministries will buy on large scale to make sure that the population gets the most effective treatment possible."