Accessibility links
Consumers Stuck With Murky Sunscreen Labels Another Summer : Shots - Health News Consumers who were expecting the Food and Drug Administration's new requirements for sunscreen labels to be implemented this month will have to wait. The agency has given sunscreen manufacturers until December to catch up to the mandate for clearer information on labels. 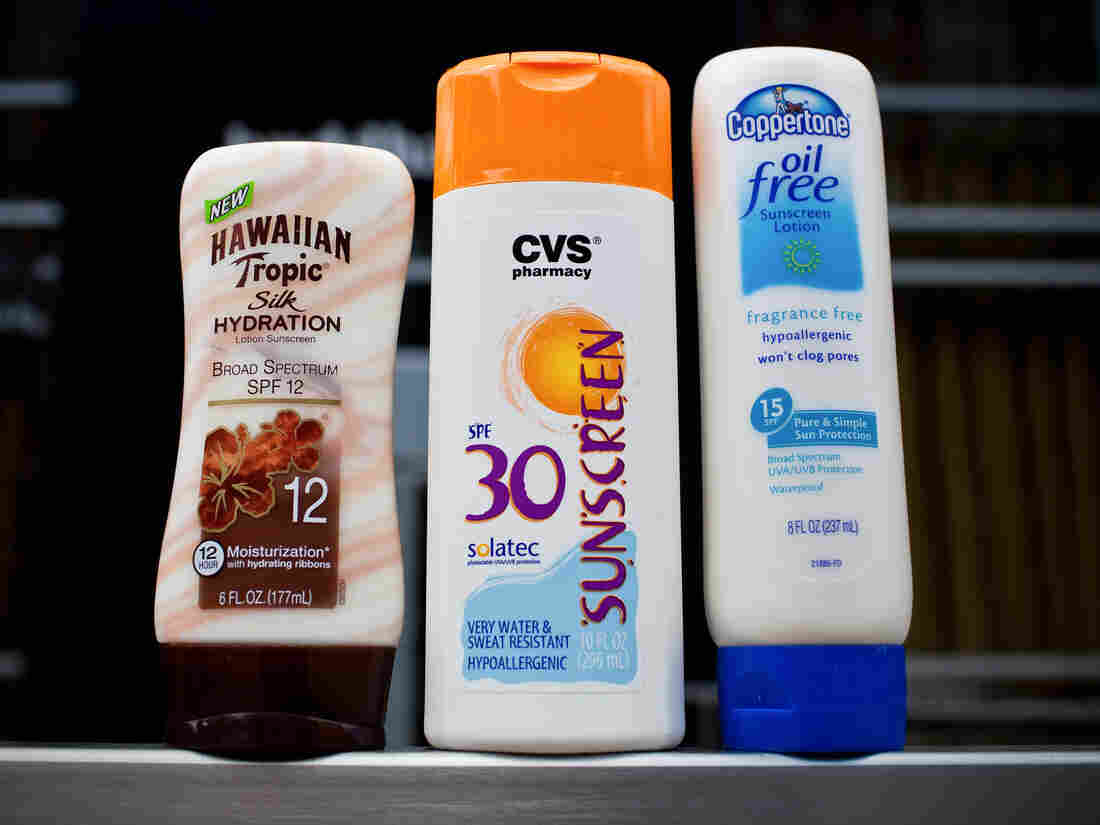 Which one of these sunscreens would be considered safe and correctly labeled by the Food and Drug Administration? Not a single one. Safe sunscreens are SPF15 or higher, and the new rules require those with broad-spectrum protection to include the term next to and in the same style as the sun protection factor. Benjamin Morris/NPR hide caption 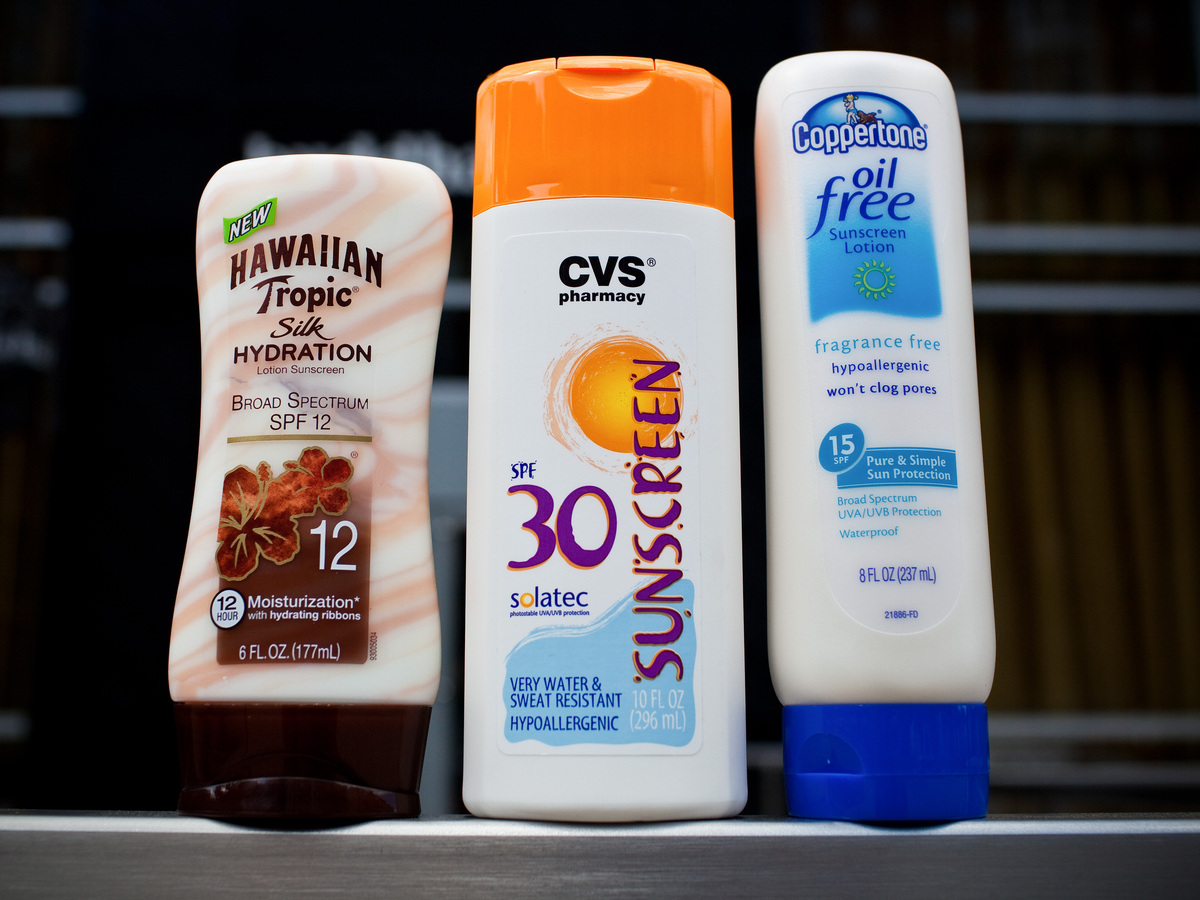 Which one of these sunscreens would be considered safe and correctly labeled by the Food and Drug Administration? Not a single one. Safe sunscreens are SPF15 or higher, and the new rules require those with broad-spectrum protection to include the term next to and in the same style as the sun protection factor.

Anyone who has gone to the drug store knows that the labels on sunscreens can be confusing. The sun protection factor, or SPF, numbers are all over the place. Some say "sunblock"; others says "sunscreen." What's the difference between "waterproof" and "water-resistant?"

Well, after years of delays, the federal government finally announced a plan to do something about it last year. The idea was to make it easier for consumers to pick the best product to protect themselves from skin cancer and skin damage.

This was all supposed to happen this month. But just as the summer was about to start, the FDA announced it was delaying the new requirements until December.

"After we published all these requirements, we received data showing that manufacturers wouldn't be able to fully implement all the requirements until December of this year for most products," says the FDA's Reynold Tan.

The companies that make sunscreens say they just couldn't get it done in time.

"It's not a simple redesign of the label. We're talking about a huge number of products. Companies would need to order new components; they would need to perhaps get new molds. So that requires a re-engineering of manufacturing equipment," says Farah Ahmed of the Personal Care Products Council, which represents the industry.

Ahmed says there would have been a shortage of sunscreen this summer if the deadline hadn't been extended.

But critics say the industry had plenty of time to comply.

"What this means is that the foot-dragging will allow yet another summer to go by without consumers having adequate information to protect themselves and their family," she says.

Health experts say the delay is more than just frustrating — it's putting lives at risk.

"We have, in a sense, an epidemic of skin cancer in this country. We're now seeing over 2 million cases of skin cancer," says J. Leonard Lichtenfeld of the American Cancer Society. "We're also seeing a rise in melanomas. And melanoma is a very serious form of skin cancer. And we're seeing that rise in young people, particularly in young women."

For now, consumers will just have to try to do their best. Some sunscreens that meet the new guidelines are starting to show up on store shelves. But consumers have to look very carefully to figure that out.

Tan and others stress that no one should rely on sunscreens anyway.

Cover up — with a hat, long sleeves and pants — and spend more time in the shade. That works way better than sunscreen any day.