Accessibility links
Regardless Of High Court, No Return To Old Days For Parts Of Health System : Shots - Health News It's far from unanimous, but many believe Newton's law of inertia will kick in even if the fedreal statute that launched changes in the nation's health care system is found unconstitutional.

Regardless Of High Court, No Return To Old Days For Parts Of Health System

Regardless Of High Court, No Return To Old Days For Parts Of Health System 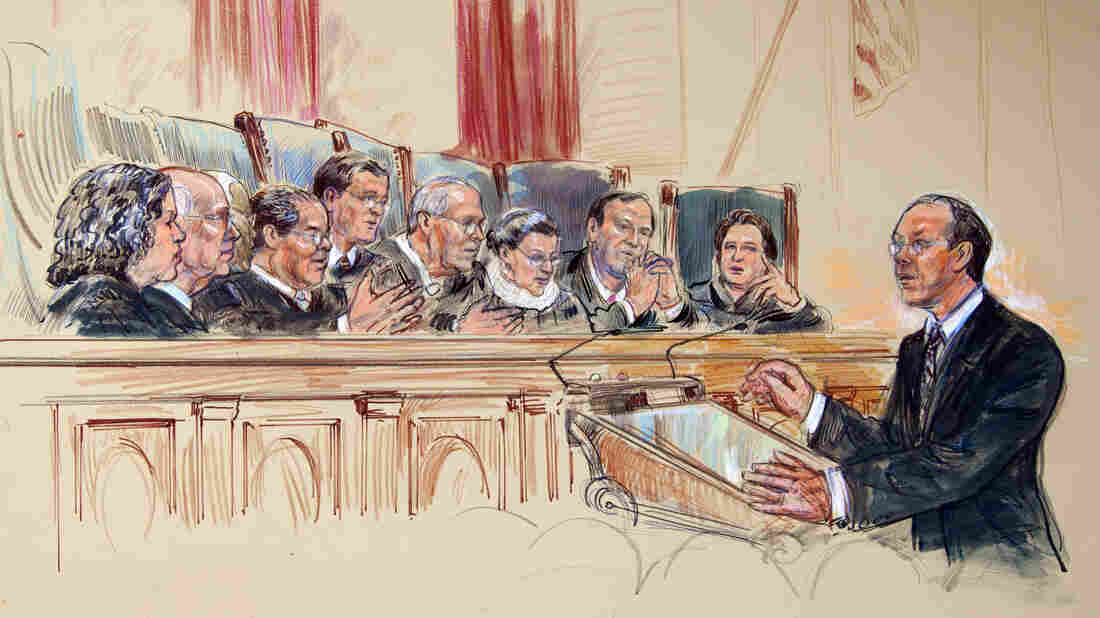 Attorney Paul Clement argued against the heath care overhaul at the Supreme Court in March. The decision on the law's constitutionality is expected any day. Carolyn Kaster/AP hide caption

Will recent changes to the way health care is delivered and paid for last even if the Supreme Court strikes down the Affordable Health Act?

It's far from unanimous, but many believe Newton's law of inertia will kick in even if the statute that launched the changes drops away.

If the federal law is thrown out, "will you have to go back and recalculate? Of course," says Brad Wilson, CEO of Blue Cross and Blue Shield of North Carolina, which is experimenting with bonuses for doctors who improve efficiency. "But the genie is out of the bottle. We're far enough into the revolution now that I don't see how the political leadership can completely sweep it away."

Efforts to stop paying doctors for procedures and start rewarding them for keeping people healthy began even before the 2010 law. The act's so-called accountable care organizations of Medicare providers, designed to deliver better health for less money, inspired similar attempts involving commercial insurers and hospitals. Such enterprises will continue even if the court whacks the entire ACA, many argue.

"There are now something like 50-plus ACOs in Medicare alone," said Dr. Mark McClellan, who ran Medicare under President George W. Bush. "There are probably 250 nationwide — not just public but private. No question the Medicare legislation on this issue has led to more adoption of these payment reforms."

True, but didn't we try something like this in the 1990s? It was called managed care. It was supposed to control ruinous health care inflation. It didn't. Why should ACOs be any more successful, even if the health law is upheld?

"I'm very skeptical" that accountable care groups will save money, said Glenn Melnick, a health economist at the University of Southern California. "The ACO may in fact be able to manage care more efficiently, but that doesn't mean those savings are going to be passed on.... You may have consumers getting less service at higher prices."

Here's why this time may be different. The health crisis is worse. Costs are higher than ever. A poor economy makes society less able to afford them. Caring for aging baby boomers is expected to suck up more than a fifth of the nation's income in a few years.

"Whatever else the Supreme Court does, they can't overturn the aging process, and they're not going to strike down chronic disease," says Chas Roades, chief research officer with the Advisory Board Co. "Those are factors that are at the root of our health care crisis, and we're going to have to continue to figure out ways to address them."

Perhaps the authority to invoke is not Newton but Herb Stein, who was an economist in the Nixon and Ford administrations. Stein's Law is: "If something cannot go on forever, it will stop."