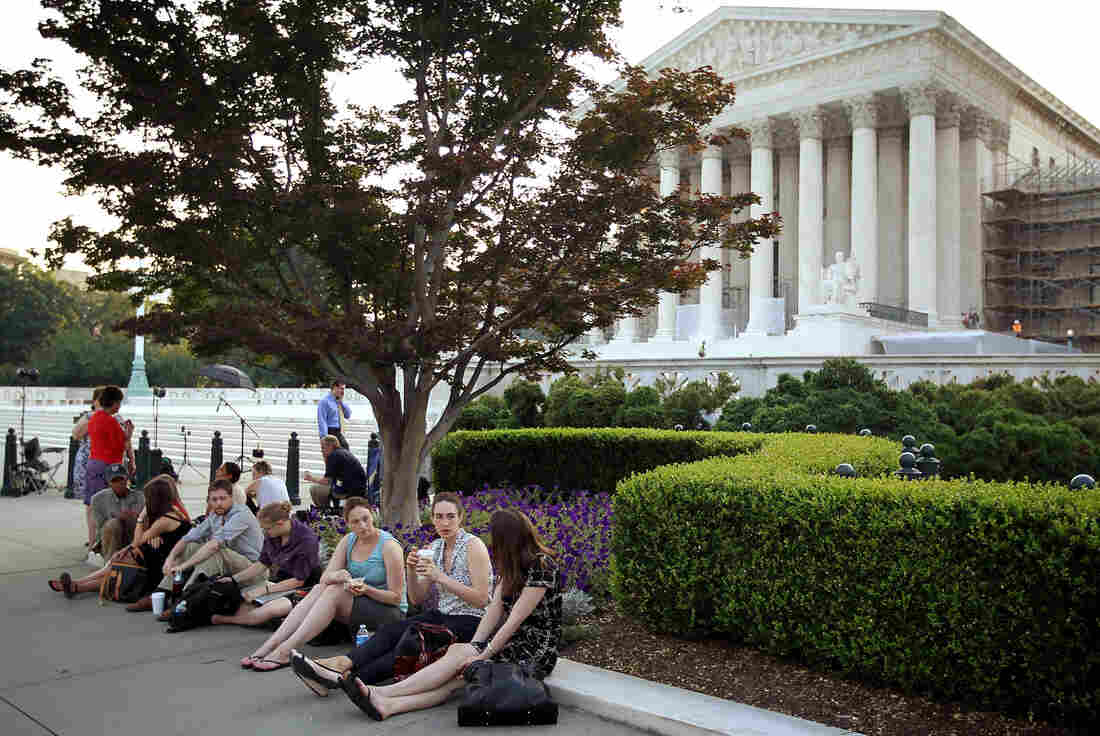 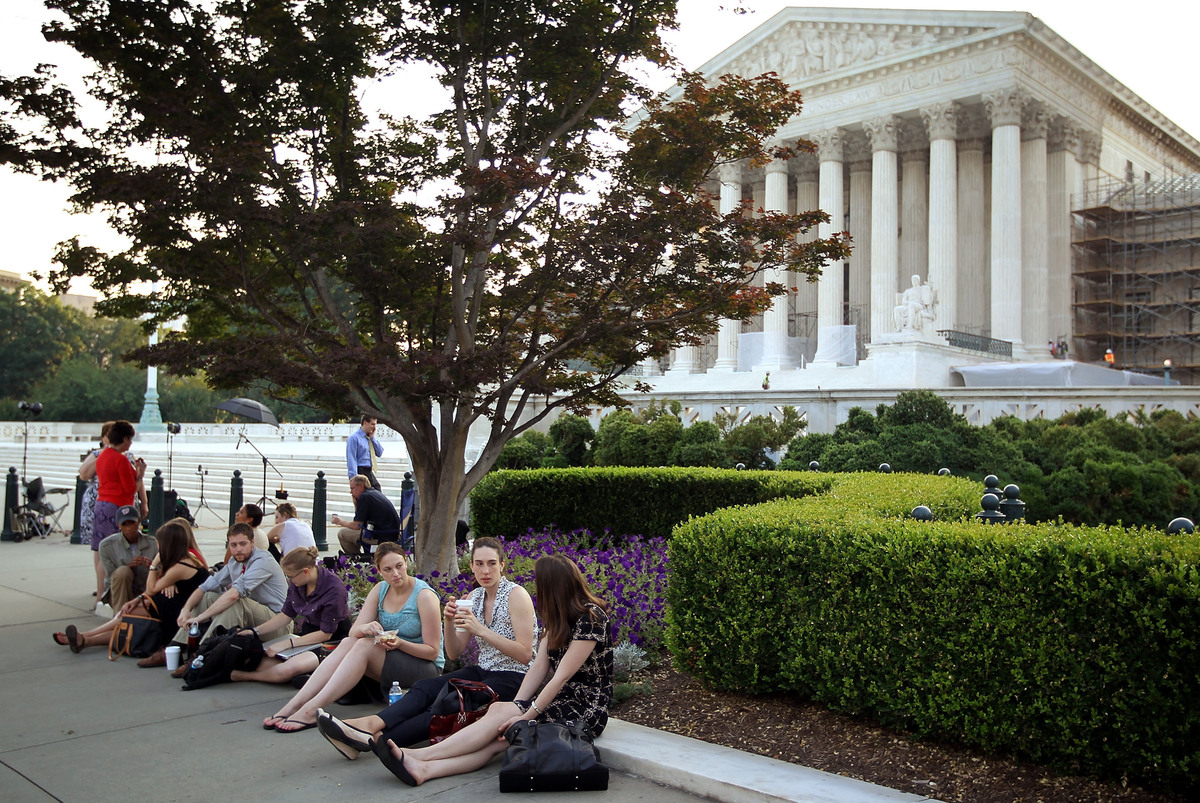 People wait outside the Supreme Court last week for word on the fate of the federal health overhaul law.

Anticipation has reached a fever pitch, and the waiting is almost over.

The court will have to answer four distinct legal questions raised by the challenge to the Affordable Care Act. The threshold question is whether the court may decide the case now, or whether it must wait until 2015, when all of its provisions — including the individual mandate — have gone into effect.

At oral argument in March, the justices seemed uniformly inclined to decide the case now.

The second question for the court is the one most politicians and political pundits have focused on exclusively: Is the provision requiring virtually all Americans to have health insurance constitutional?

The court will have to determine whether Congress exceeded its powers to regulate commerce by creating a mandate that would force most Americans who aren't otherwise insured to buy coverage,

Third is the question of the law's expansion of Medicaid, which adds 17 million more people to the rolls. The states challenging the overhaul law have argued that even though the federal government will pay almost all of the cost, it is still impermissibly coercive.

Finally, the court will decide whether, if any part of the law is unconstitutional, it can be separated out, or whether the entire law has to be invalidated.

How the court will settle these various legal questions is only the first uncertainty. The entire health care system, including insurance companies, is anxiously awaiting a decision that is almost certain to have fundamental ramifications for their business.

Indeed, the only way the court's ruling would have no effect on the health care system would be if the law were upheld in its entirety.

Even striking down just a small piece could have numerous consequences --both intended and unintended.

Many provisions of the law are extremely popular, such as a ban on insurers denying coverage because of pre-existing conditions and the rule, already in place, that allows adult children to remain on their parents' insurance plans until age 26. If the law is struck down,therewill be enormous pressure to keep those provisions in place.

The problem is that without the mandate, insurance companies say they could not afford to accept all comers, especially those with previous medical conditions. As for including adult children on parents' policies, that too could be problematic, for different reasons.

True, some of the biggest insurance companies have vowed to keep this provision in place, but if the court invalidates the law, those additional benefits might be taxable. The law waived a key tax provision to ensure that health insurance benefits are not taxed as income. But without the law, parents may have to pay income taxes on those benefits and employers could face higher payroll taxes.

This scenario would cause "utter confusion" for employers, explained James Klein, president of the American Benefits Council, which represents large-employer health plans and companies that provide services to those plans.

The decision could also have a big impact on the court's legacy. If it strikes down the mandate as exceeding Congress' powers under the Constitution, this would be the first time since the New Deal that the court has invalidated a major piece of regulatory legislation.

Already, the case has exposed a major shift in conservative legal thinking. For the last half-century, conservatives, and particularly congressional Republicans, have championed the idea of judicial restraint, arguing that the courts should usually defer to the elected branches. But now, conservatives are explicitly calling for judicial activism. Conservative columnist George Will, for example, wrote this week that "judicial deference to elected representatives can be dereliction of judicial duty."