Accessibility links
Dementia Complicates Romance In Nursing Homes : Shots - Health News Consensual sex among aging residents of nursing homes can be fraught. And when those older people are showing signs of dementia, family members sometimes stand in in the way of love. 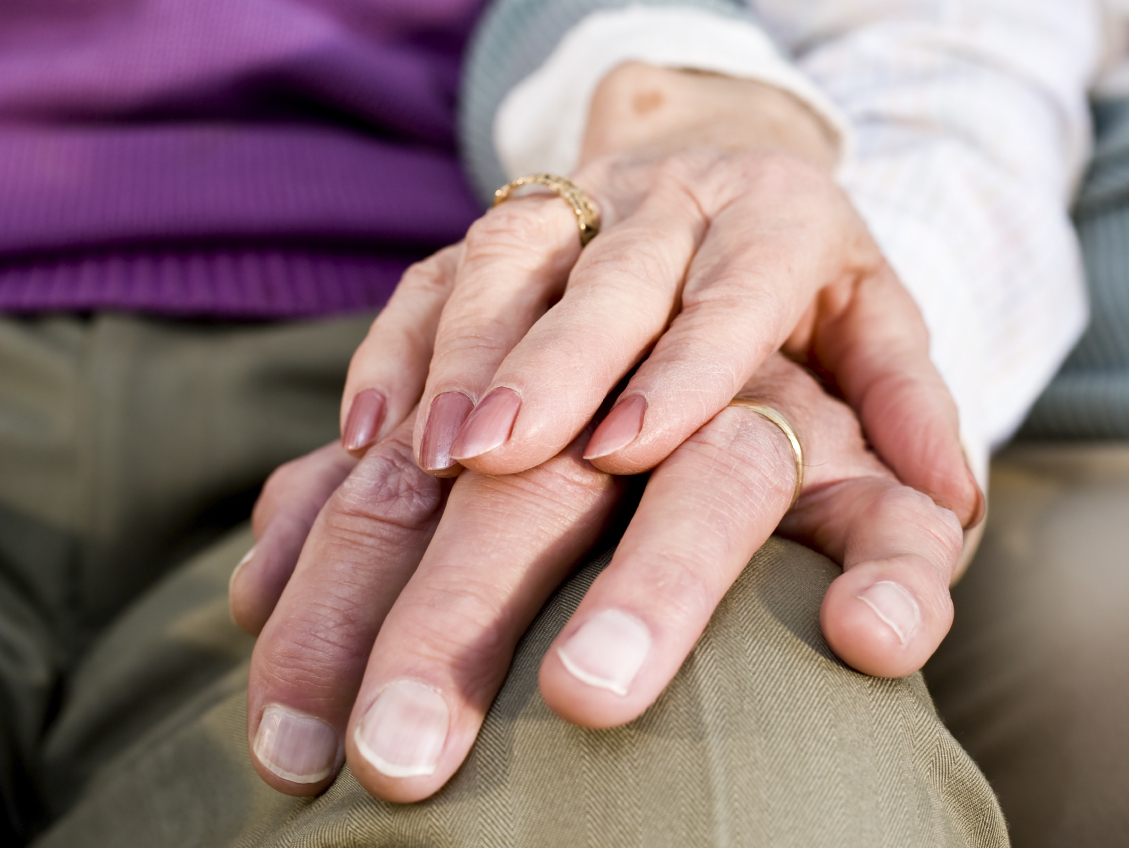 Holding hands is the easy part.

If the partners in love happen to be living in a nursing home, there are even more challenges. And if they're showing signs of dementia, then things get really tricky.

Although no law forbids intimate relationships between people with dementia in nursing homes, staff and family members often discourage residents from expressing their sexuality, says a recent report in the Journal of Medical Ethics.

Sexuality might be an uncomfortable topic for some families to discuss, but sex is a matter of dignity for many older people, says Dr. Laura Tarzia, lead author of the report and a researcher at the Australian Centre for Evidence Based Aged Care.

Older people who live on their own continue to enjoy romantic relationships, even if they are in the early stages of dementia; the trouble begins when they move into a facility for care.

"You get couples who have been living together for 50 years and then they move into a residential care facility. Suddenly they have to have separate beds, and that can be quite distressing for them," Tarzia tells Shots. "But I think it's even more difficult for people who form new relationships in a residential care facility, because then staff don't really always know how to deal with it and sometimes families have objections."

Many residents who have been diagnosed with dementia rely on family members with power of attorney to make important decisions. Tarzia says that decisions about intimacy shouldn't rise to that level.

"Sexuality shouldn't be categorized as a high-stakes decision, like, say, a will or a major financial decision where you really need the capacity to consent to things," says Tarzia, "We're saying that sexuality is different and the way to establish consent should be different."

These decisions don't come without risks, and Tarzia says it's important that staff in care facilities be willing to discuss the use of condoms for the prevention of sexually transmitted diseases.

Tarzia and her colleagues are currently working to create a self-assessment tool for residential care facilities to audit their sensitivity to these important issues. "[Facilities] can go through a checklist, and it covers a lot of areas like policies, education for staff, families, and residents, and facilities can kind of monitor how they're going, in terms of addressing sexuality," Tarzia says.

Issues with privacy and sexual freedom exist in American nursing homes too, gerontologist William H. Thomas tells Shots. "There are laws about consent for sexual activity, by state, but there's no top age on those laws," Thomas says.

Thomas said that we need to see a shift in our society's understanding of aging. "We need to normalize the idea that older people are human beings," he says. "They have the same needs and same desires they had before. Age changes those needs and desires, but they are still there."

He recommends that adult children talk about the issue of sexuality with their aging parents in nursing homes. "They never thought that Mom would have a boyfriend at the nursing home, but it's true," he says. "As we become an older society, this is something that we need to learn to better address."