Accessibility links
Waiting Almost Over For High Court Decision On Health Care Law : Shots - Health News Three months after historic arguments before the high court over the constitutionality of the administration's sweeping health care law, we are about to find out if it will hold up. 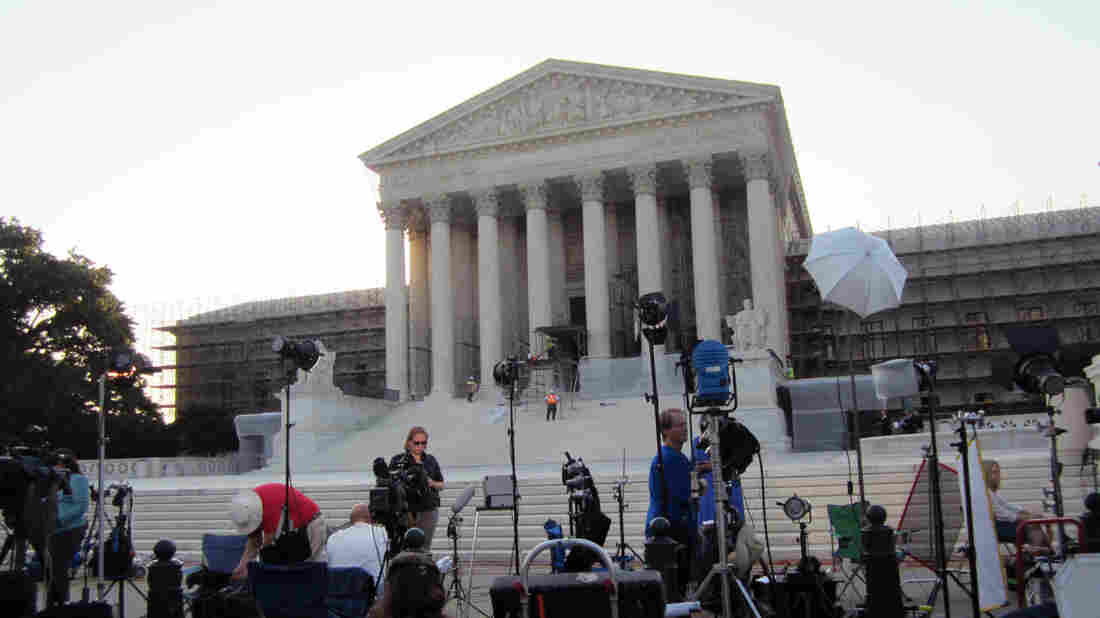 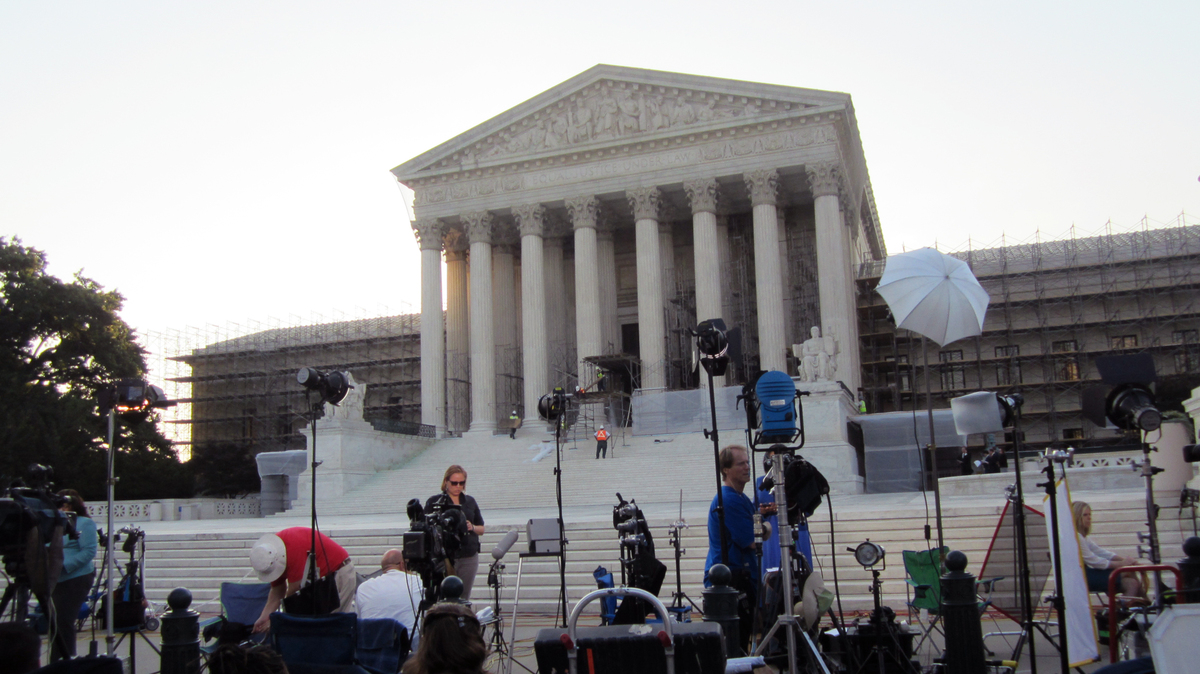 The scene outside the U.S. Supreme Court this morning: lights, camera and soon action.

Outside the U.S. Supreme Court early this morning, there were some tired faces, quite a few smiles and the vibe you sometimes feel when a pack of marathoners is nearing the finish line.

Everyone's tired, but there's a sense of anticipation that the long legal slog is almost over.

Three months after historic arguments before the high court over the constitutionality of the administration's sweeping health care law, we're about to find out if it will hold up.

Lately, a lot of us have been gripped by the irresistible urge to handicap how the justices will vote. It's harmless enough, but pretty much fruitless.

At the heart of it all is one legal question: Can the federal government compel uninsured people to buy health coverage?

Opponents of the law see the so-called individual mandate as coercive and an illegal intrusion by the federal government into the lives of Americans. Some supporters of the law liken the insurance requirement to the same one for auto coverage.

The high court could strike down the law entirely, chuck the mandate and leave other parts of the law intact, or uphold the whole thing.

Without the mandate, though, it's hard to see how other parts of the law, such as a ban on insurers denying coverage to people with preexisting conditions would work very well.

Insurance works best and costs the least when everybody is in the pool.

Bettors over at Intrade, an online hangout for prognosticators, put the chances the individual mandate goes down at 73.7 percent early Thursday.

We'll find out who's right in a few hours.