Accessibility links
Glaxo To Plead Guilty To 3 Charges In Sweeping Health Settlement : Shots - Health News The British drugmaker has agreed to pay $3 billion and is pleading guilty to criminal charges related to its marketing of two antidepressants and failure to provide the Food and Drug Administration with data about safety problems with the diabetes pill Avandia.

Glaxo To Plead Guilty To 3 Charges In Sweeping Health Settlement

Glaxo To Plead Guilty To 3 Charges In Sweeping Health Settlement 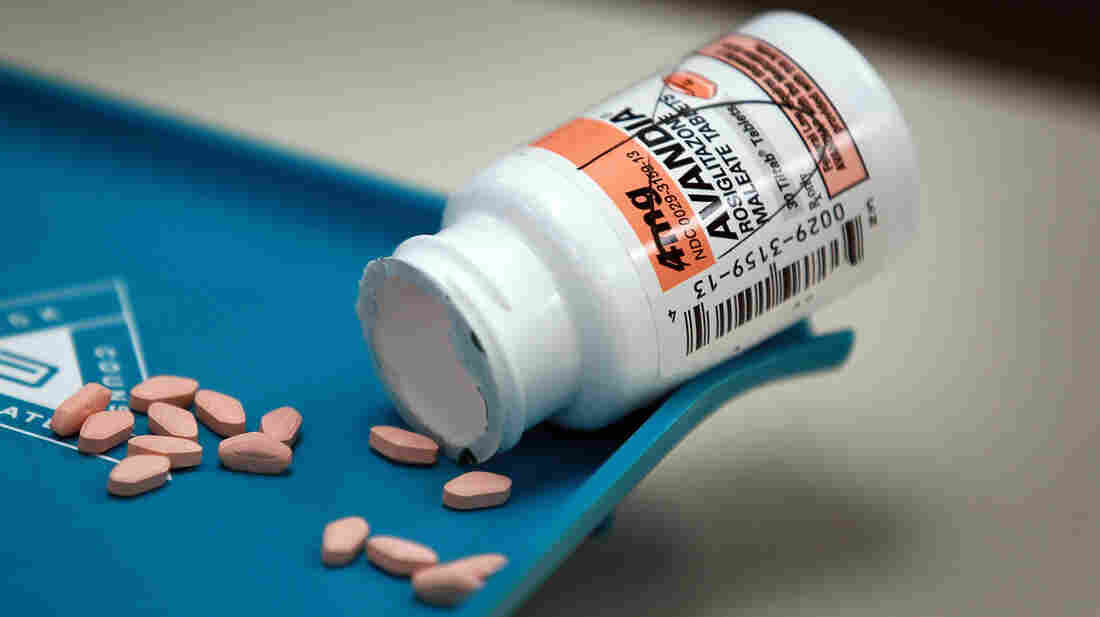 GlaxoSmithKline's mishandling of information on safety problems with diabetes drug Avandia is just one of the violations cited in a settlement with the government. Joe Raedle/Getty Images hide caption

If you've grown numb to the federal fraud charges settled by drugmakers one after another, shake it off and take note of today's huge settlement by GlaxoSmithKline.

The British drugmaker has agreed to pay $3 billion and will plead guilty to three misdemeanor criminal charges related to its unlawful marketing of two antidepressants — Paxil and Wellbutrin — and failure to provide the Food and Drug Administration with required information about studies that would have shed light on safety problems with the diabetes pill Avandia.

The government says it's the biggest single settlement of federal and state health fraud charges in U.S. history. Deputy Attorney General Jim Cole called it "unprecedented in both size and scope."

If you read just one of the many documents released today, I'd recommend the plea agreement from the U.S. attorney's office in Boston, which states the government's terms, later accepted by the drugmaker, sometimes referred to as Glaxo or GSK. A key sentence:

"GSK expressly and unequivocally admits that it committed the crimes charged in the Information, and is in fact guilty of those offenses."

From the Justice Department's criminal information

The company is paying $1 billion in criminal fines and another $2 billion to settle state and federal civil fraud claims.

So where did Glaxo go wrong? The criminal information says the company promoted Paxil as safe and effective for treatment of depression in kids and teens, despite FDA not having approved that use and plenty of evidence to the contrary. In 2003, FDA warned against the use of Paxil in teens because of a heightened risk of suicide.

Despite a lack of FDA approval, Wellbutrin was touted as good for treating conditions ranging from ADHD to obesity at a time when the drug had only been cleared to treat major depression. They also talked up the drug as a remedy for the side effects of other antidepressants, including sexual dysfunction. The feel-good spiel even had its own unofficial tagline, according to the government:

Other parts of the settlement cover civil matters, ranging from overcharging Medicaid for drugs to paying kickbacks to doctors.

For its part, Glaxo acknowledged the deep and serious problems and vowed to do better. "Today brings to resolution difficult, long-standing matters for GSK," CEO Sir Andrew Witty said in a statement. "Whilst these originate in a different era for the company, they cannot and will not be ignored. On behalf of GSK, I want to express our regret and reiterate that we have learnt from the mistakes that were made."