Accessibility links
U.S. AIDS Cases Come Into View : Shots - Health News The first reports of AIDS were from Los Angeles, New York and San Francisco among gay and bisexual men. Even now, you can see the lingering geographic contours of how the epidemic unfolded with AIDSVu, an interactive map developed by Emory University's school of public health.

The HIV epidemic in the U.S. started in 1981, mainly in major cities along the East and West Coasts.

The first reports were from Los Angeles, New York and San Francisco among gay and bisexual men. Within months, it was clear that injecting drug users were also getting the virus.

Even now, you can see the lingering geographic contours of how the epidemic unfolded.

These maps from AIDSvu at Emory University show that the U.S. still has a significant problem with HIV and AIDS. It displays HIV statistics from across the country, with the option of breaking them down by race, age and gender. Deeper shades of red indicate more HIV cases. Click through on any of the maps to go the interactive version at the AIDSvu site.

At its peak in the mid-1980s, there were 130,000 new HIV infections each year. Now there are about 50,000 new infections annually, according to the Centers for Disease Control and Prevention. That rate has stayed essentially the same for about two decades, despite hundreds of millions of dollars spent on prevention.

Today, HIV in the U.S. remains focused in men who have sex with men and it continues to spread in major population centers. About 10,000 women (adults and adolescents) become newly infected each year, a number that has declined somewhat since 2007. By race and ethnicity, African-Americans are the most heavily affected, followed by Latinos, according to the CDC.

The Southeast has been hard hit by HIV, with infections concentrated along the I-95 corridor from Washington to Florida, and in the Mississippi Delta. Eight of the 10 U.S. states with the highest rates of new HIV infection are located here. High rates of poverty factor in as well, as does the region's low ranking on many basic health measures. Nearly 50 percent of newly diagnosed U.S. AIDS cases each year are reported in the South. 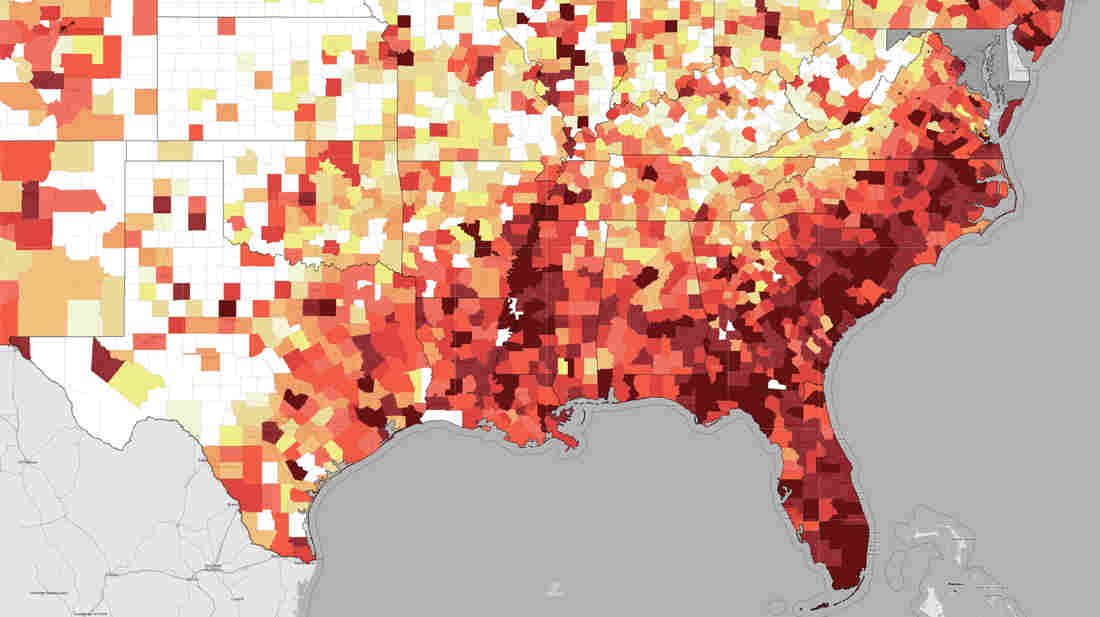 Almost half of new AIDS cases in the U.S. each year are seen in the South. AIDSVu hide caption

It may be surprising to see northern New York show up as a high-prevalence area. But the county in darkest red on the Canadian border is home to several correctional facilities. Prisoners tend to have a higher rate of HIV when they enter prison. But HIV is not just being imported into prisons, prisons themselves are a significant source of HIV's spread nationwide and around the world. 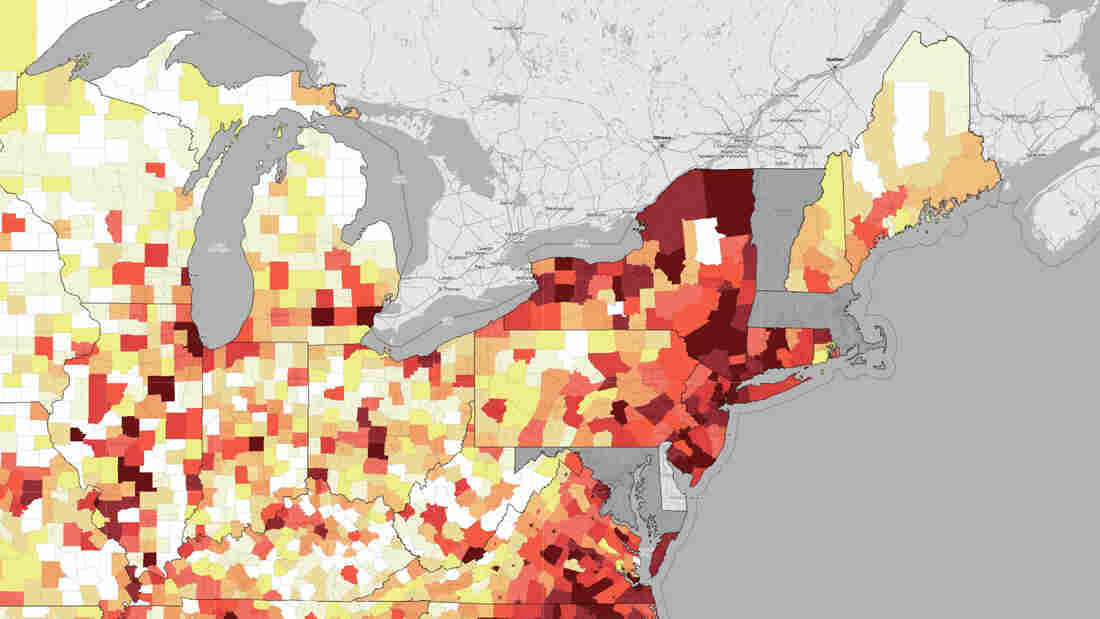 The high rates of HIV in a New York county on the Canadian border reflects the cases seen in prisons there. AIDSVu hide caption

This map of the Southwest suggests less of an impact than on the East Coast. But that's deceptive. California's rate of new HIV infections is similar to those found in the Northeast and the South. As elsewhere, HIV is concentrated in population centers, particularly San Francisco, Los Angeles, San Diego, Phoenix and Las Vegas. Seattle also has a high rate of HIV. 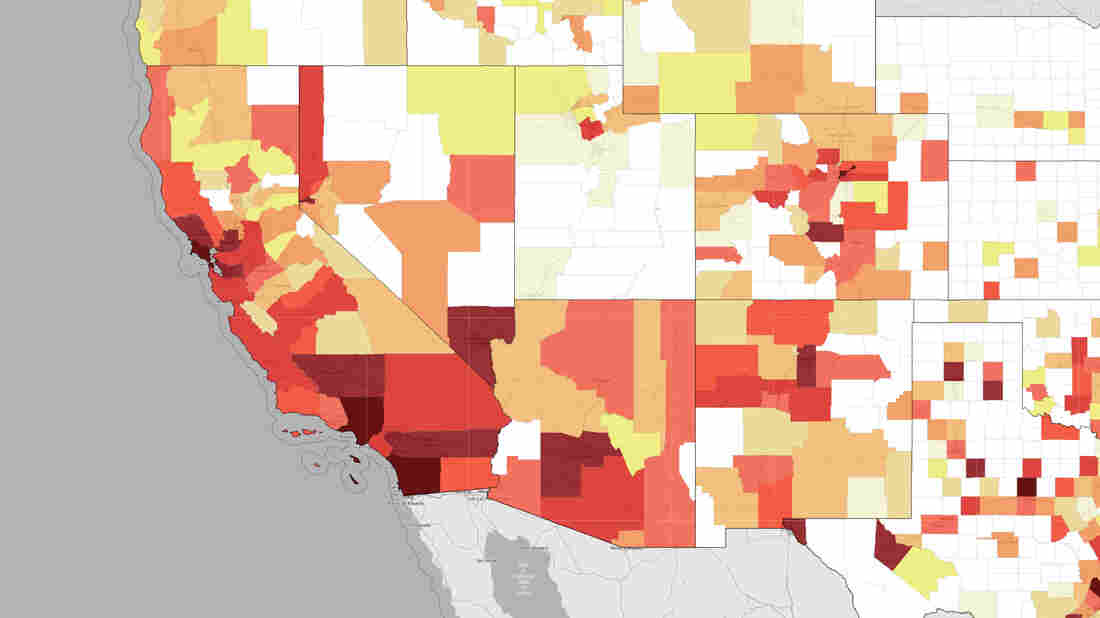 AIDS cases in California are concentrated in and around cities. AIDSVu hide caption