Accessibility links
Treatment Gives HIV's Long-Term Survivors Hope, But Takes A Toll : Shots - Health News AIDS has been around for long enough that some people have lived for decades with the HIV virus. But as they age, survivors face new challenges as complicated medication regimens have their own impact on health. 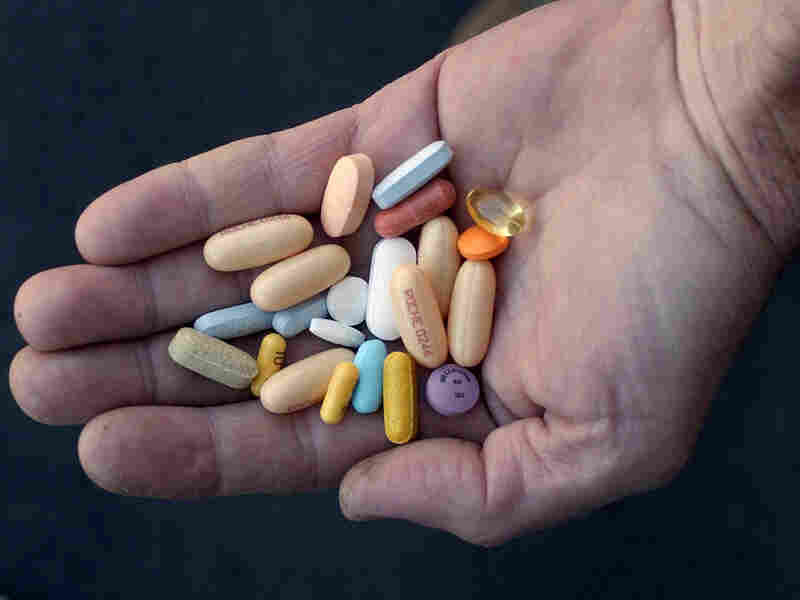 HIV treatment regimens, like the pills in this patient's hand, keep AIDS at bay, but can take a harsh physical toll over the course of many years. Amy Sancetta/AP hide caption 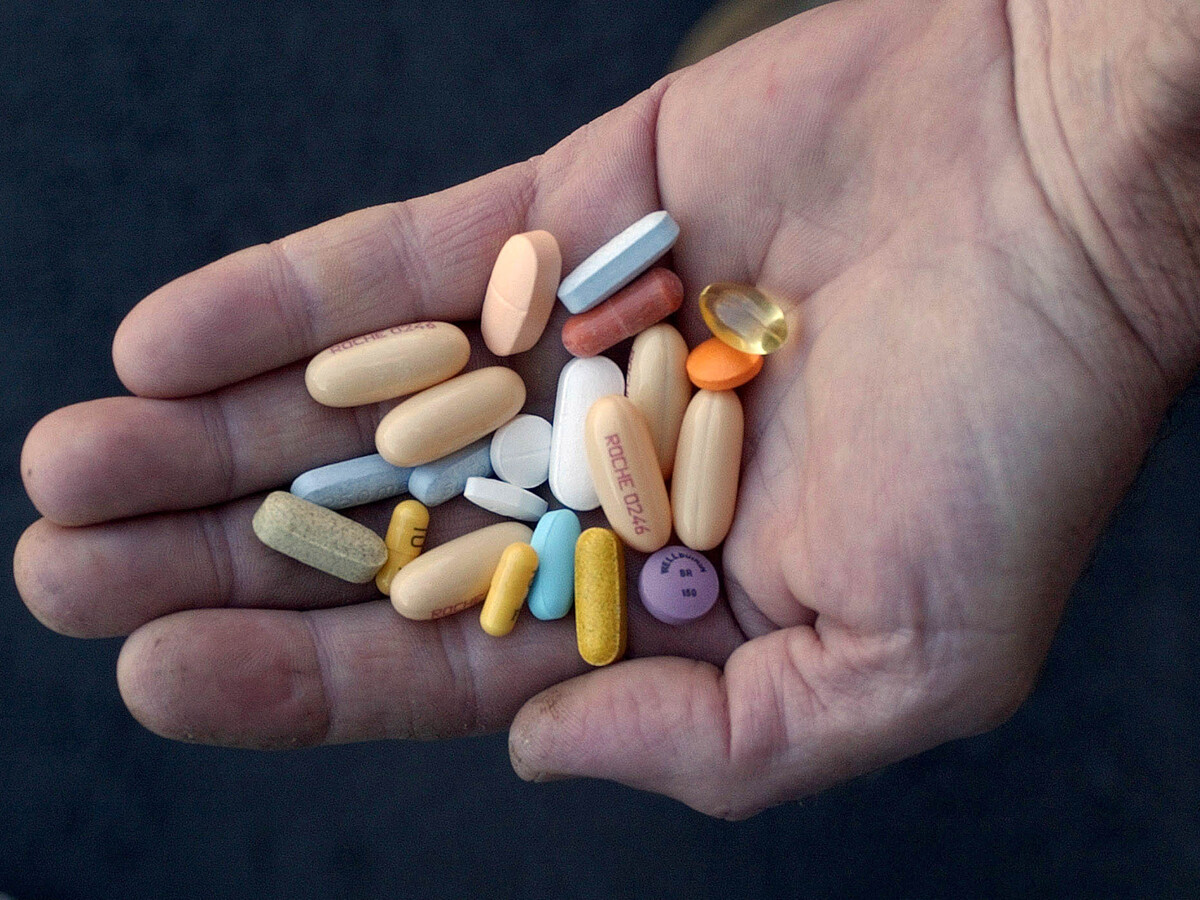 HIV treatment regimens, like the pills in this patient's hand, keep AIDS at bay, but can take a harsh physical toll over the course of many years.

Crystal Roberts-Lee has lived a tough life, and her HIV has, in some ways, been the least of her worries.

She was addicted to heroin and cocaine. Her daughter went to prison. A scorpion tattoo crawling across her neck marks the day her husband died from AIDS. Now, at 59, Roberts-Lee is the healthiest she has ever been.

"After I take my medicine, it's just a normal day for me," she says. "I go on with whatever I have to do. If I'm just out and about, I feel like I'm just like the next person."

AIDS has been around long enough now that some people have lived much of their lives infected with HIV. These long-term survivors, as they're called, have access to medications that are far less toxic than in the early days. Still, HIV is a virus that doesn't like to be ignored and, even when controlled, can exact a toll.

Roberts-Lee first learned she had HIV in 1986. She was working as an orderly at a hospital in Albany, N.Y., when she started getting sick. A nurse suggested she get tested for what was then a novel virus that was swiftly killing gay men and drug users in San Francisco, Los Angeles, New York and other cities.

Roberts-Lee isn't sure how she became infected: either through the drugs she shot into her arms, or her boyfriend who, it turned out, was positive.

"At the time, all my friends were dying," she explains. "They were just dropping like flies — people I went to school with — so I was really scared because I wasn't ready to die. I wanted to raise my daughter and see her grow."

She started on AZT, one of the earliest treatments, but couldn't bear the nausea and dizziness. There were other treatments, including one that attacked her liver so violently she landed in a hospice house. She was 98 pounds, all cheekbones and dangling, skeletal fingers.

Standing in her bedroom, Roberts-Lee holds a photo from her time in hospice. It's a chilling reminder of the power of the virus living inside her.

She's been on a different regimen for the past 10 years or so. Seven pills every morning — some for HIV, others for blood pressure. It's a pain to crush them up and take them, she says. She has worked hard to get her 59-year-old body in shape, and she doesn't like the daily reminder that she is anything but a vital and fit woman.

For all the marvel of today's drugs and the bus-stop posters promising that "a pill a day takes AIDS away," HIV is a punishing virus — even for those like Roberts-Lee whose viral load is undetectable.

Ralph Liporace, an HIV specialist at Albany Medical Center and past director of the center's HIV research program, explains that people with HIV have premature aging.

Liporace explains that while many of his patients no longer go on to develop AIDS, they often have the health problems of much older people — early onset dementia, arthritis and heart attacks at age 40.

At the Albany Damien Center, a local gathering spot for those with HIV, most are older and face competing realities: They're aging more quickly into futures they figured they'd never have.

The center's program manager, Dorothy Nangle, says she's bringing in doctors to talk about diabetes and heart disease and at the same time trying to get people here — many who never graduated from high school — to plan out their lives.

"I always say to people, 'This is a fabulous time in your life,' " Nangle says. "It's actually a time you can look and say, 'What do I want the rest of my life to look like?' "

For Roberts-Lee, that future looks like taking care of her granddaughter, a 4-year-old firecracker who keeps her on her feet — and keeps her running forward.