Accessibility links
FDA Approves First Drug To Prevent HIV Infection : Shots - Health News The drug was approved for people who test negative for HIV infection. It's supposed to be used in combination with safe-sex practices, such as using a condom, to reduce infection risk. 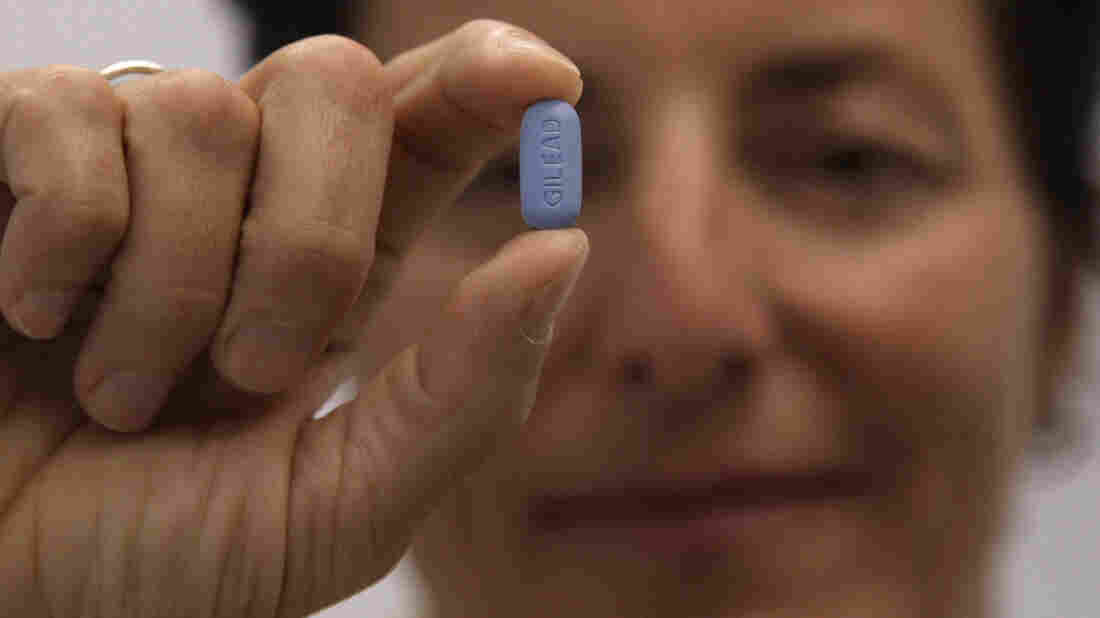 Dr. Lisa Sterman holds up a Truvada pill at her office in San Francisco in May. Even before the Food and Drug Administration's approval, Sterman had prescribed Truvada for about a dozen patients at high risk for developing AIDS. Jeff Chiu/AP hide caption

The Food and Drug Administration has given the first OK for a drug to prevent HIV infection.

The daily pill Truvada, made by Gilead Sciences, combines two medicines that inhibit the reproduction of HIV. It's been a mainstay in the treatment of HIV/AIDS for years, and as of today is an approved option for reducing the risk of HIV infection for people at high risk.

The drug was approved for people who test negative for HIV infection. It's supposed to be used in combination with safe-sex practices, such as using a condom, to reduce infection risk. "Truvada alone shouldn't be used to prevent HIV infection," FDA's Dr. Debra Birnkrant said in a media briefing.

People taking Truvada should be tested for HIV infection every three months, so treatment can begin promptly if an infection has occurred.

An outside panel of experts had recommend the agency take the action after concluding that the benefits to healthy people vulnerable to HIV infection outweigh the risks, including such side effects as kidney damage and a dangerous increase in acid in the blood.

About 50,000 people in the U.S. become infected with HIV each year, according to the Centers for Disease Control and Prevention. The majority of new infections are in gay or bisexual men.

Birnkrant said the steady rate of new infections showed that more options are needed to reduce transmission of the virus. "Truvada for pre-exposure prevention represents another effective evidence-based approach," she said.

In an interview with Talk of Nation's Neal Conan in May, the National Institute of Health's Anthony Fauci, said of Truvada, that it's "an important component of the broad tool kits that we do have for prevention."

He acknowledged the risks, such as side effects, and the possibility that some people taking the drug might engage in riskier behavior because they think they're protected.

In response to a question about that from NPR's Richard Knox today, FDA's Birnkrant said studies of Truvada for prevention found an increase in condom use over time — not a drop. (Listen to Knox's story on Monday's All Things Considered for more.)

During the Fauci interview conducted shortly after the expert panel recommended FDA approval of Truvada for prevention, he said, "I agree with the advisory committee strongly that when you balance the benefits of this, making this available, to the risks, ... the benefits far outweigh the risks, although you must take seriously the potential downsides of it and be prudent in your use of this."