Accessibility links
Deciding On Truvada: Who Should Take HIV Prevention Pill? : Shots - Health News Truvada, the first HIV prevention pill, costs about $13,000 a year, and it's not clear whether insurers will pay for it. And while taking a daily pill sounds simple, the new prevention strategy involves some complicated issues. 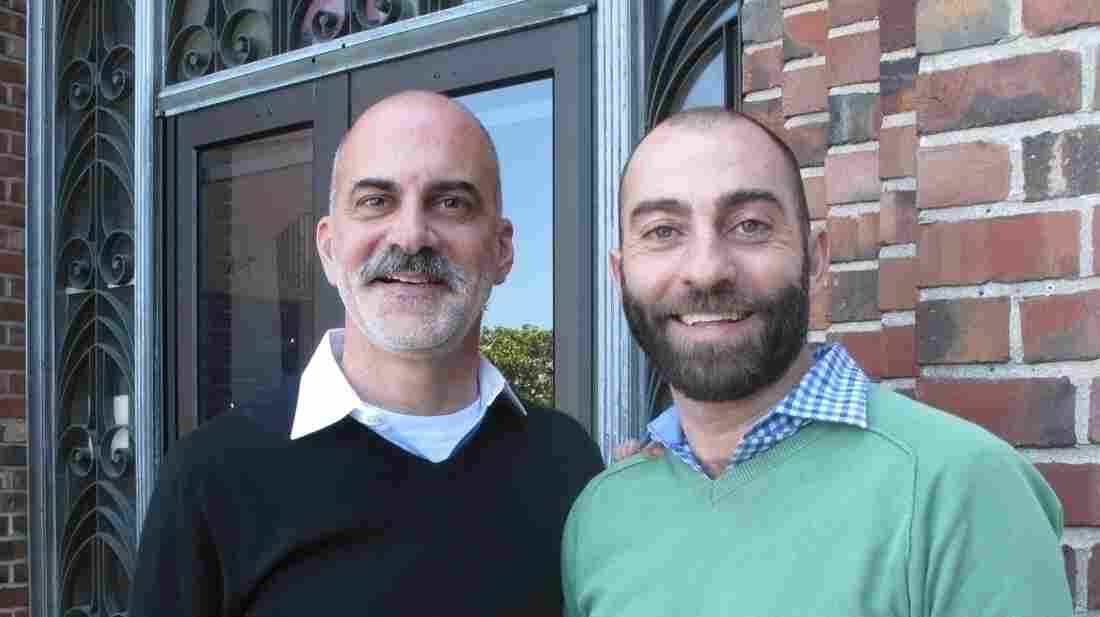 Kevin Kirk (left) and James Callahan have been together for more than five years. Recently they sat down and talked about whether Kevin, who is HIV-negative, might want to start taking Truvada. Richard Knox/NPR hide caption 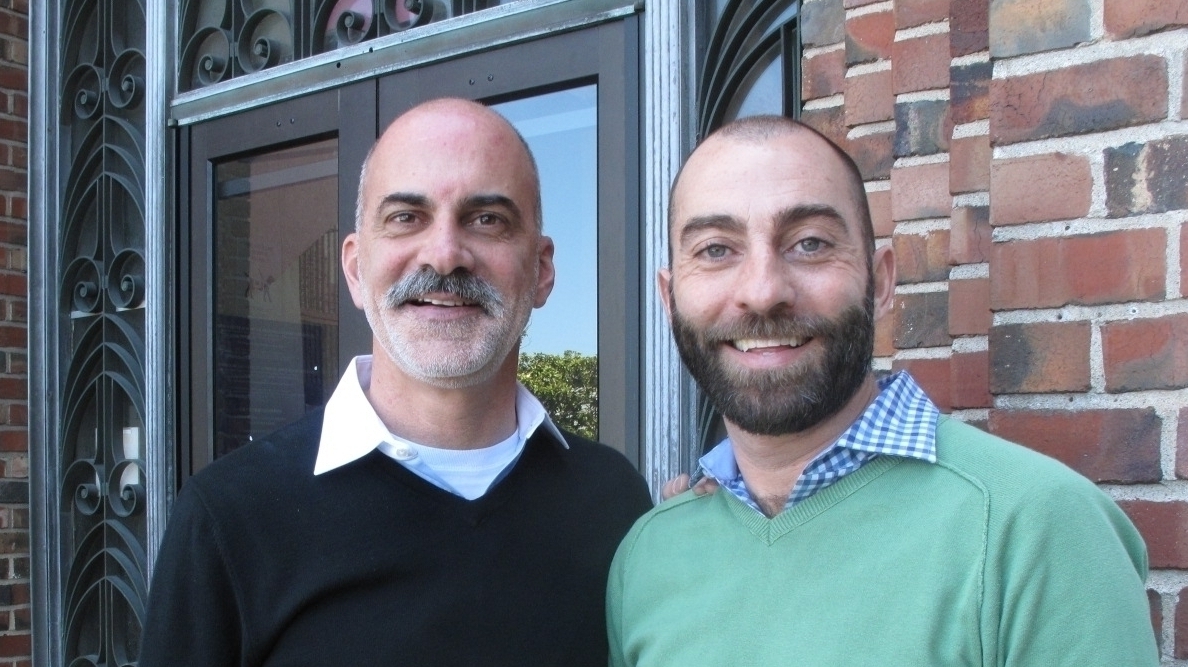 Kevin Kirk (left) and James Callahan have been together for more than five years. Recently they sat down and talked about whether Kevin, who is HIV-negative, might want to start taking Truvada.

The Food and Drug Administration on Monday approved a once-a-day pill that can drastically lower a person's risk of getting the virus that causes AIDS.

It's not cheap — around $13,000 a year — and it's not clear what insurers will pay for it. And there's worry that people taking the pill might relax safe-sex precautions.

But health officials hope the pill will help reduce the number of Americans who get HIV every year — a figure that has hovered around 50,000 for years.

While it sounds simple, the new prevention strategy involves a bunch of complicated issues.

"It's not just, 'Here's a pill, take it, and you're rendered protected," says Dr. Kenneth Mayer of Fenway Health in Boston. He has been researching the strategy for years. It's called pre-exposure prophylaxis, or PrEP.

Mayer says there's one very important thing people have to know before they start using Truvada for prevention. "We want to be sure before starting a person on PrEP that they're not HIV-infected," he says.

That's because Truvada alone isn't good enough to treat HIV. The virus could develop resistance to the drug if it's the only antiviral someone is taking. For the same reason, people on Truvada who are HIV-negative have to get retested for HIV every few months.

Then people have to commit to taking the pill every day. If they don't, the protection drops off quickly. If they do, studies show they can lower their risk of getting HIV by 90 percent.

Finally, people also have to keep using condoms and limiting their number of sexual partners, just as if they weren't taking the pill.

"Are people going to be numbed into a sense of security that they can have unprotected sex whenever they want if they're going to be taking this medication?" Mayer asks. "The answer is we just don't know."

So far, studies haven't found an increase in riskier behavior.

These issues are complex enough that Mayer doesn't expect an avalanche of people using Truvada anytime soon. "It's certainly not something for everyone," he says.

One group it may be for are committed couples who are what doctors call "discordant" when it comes to HIV — one partner has it, the other doesn't. Couples like James Callahan and Kevin Kirk of San Francisco.

"I'm positive and he's negative," Callahan says. "I don't know that we identify that way, but it's just a fact." Kirk adds: "From my end, I've never really put a lot of thought into it."

Kirk and Callahan have been together for more than five years. Recently they sat down and talked about whether Kirk, the HIV-negative partner, might want to start taking Truvada.

At first he was wary of the idea. But 40 minutes into the discussion, he said something that surprised his partner.

"That would make you sleep a little better at night," Kirk said.

"It would?" Callahan responded.

"So, say ... you won the lottery and you got to take the pill for free for the rest of your life. Would you do it just to be safe?" Callahan asked.

"Interesting," said Callahan. As he thought about it more, he began to warm to the idea.

"If we didn't take the pill and you were to become positive," Callahan said, "someday I would definitely say, 'Why didn't we? Why didn't we?' "

They didn't make a decision on the spot. But they're definitely thinking about it.

But in the bigger picture, Kevin Kirk probably isn't the most important kind of candidate to be taking Truvada for prevention. After all, Callahan is on antiviral treatment, which has lowered the amount of HIV in his blood to undetectable levels.

Dr. Mayer of Fenway Health says some argue that it wouldn't be necessary for a man like Kirk to take Truvada for prevention. But he says it's not cut-and-dried. "If you say, 'Is it possible that my partner could transmit HIV to me?' the answer is yes, it's possible. Does it happen often? No, it's exceedingly rare," he says. Studies have shown that HIV can still exist in semen even when it can't be found in the blood.

Mayer says it would be more important to get Truvada to men and women who have a much higher risk of infection. They might live in places like Washington, D.C., where men have a 1-in-17 chance of getting infected and thus are at risk of infecting their partners.

Dr. Deborah Cohan, an obstetrician-gynecologist at the University of California, San Francisco, says Truvada will be really important for a woman in a discordant couple.

"She is not particularly able to ensure condom use consistently," Cohan says. "She does not have control in that way in their sexual dynamics. He may or may not be on anti-retroviral therapy. But certainly there's no way for her to force him to take those medications."

Cohan has already been prescribing Truvada for women in these situations. Even before FDA approval, individual doctors could do that because the drug is already on the market for treating HIV.

"The women who I've given Truvada are so immensely appreciative that they have some control over whether they get HIV or not," Cohan says.

And there's one subset of heterosexual couples for whom Truvada will be a special boon — one where the woman is uninfected, the man has HIV, and they want to conceive a child.

Currently the only safe way to do that is a complicated and expensive process called sperm-washing. The man's sperm is treated so it's free of the virus, and then the woman's egg is fertilized in a laboratory and implanted in her uterus.

Prescribing Truvada for her could help avoid all that.