Accessibility links
HIV Testing Goes Mobile In Rural South Africa : Shots - Health News Nearly 1 in 5 South Africans is infected with HIV. But many of them don't know it. The lack of information hinders treatment and also enables the spread of HIV. To close the gap, some groups are taking HIV testing door to door. 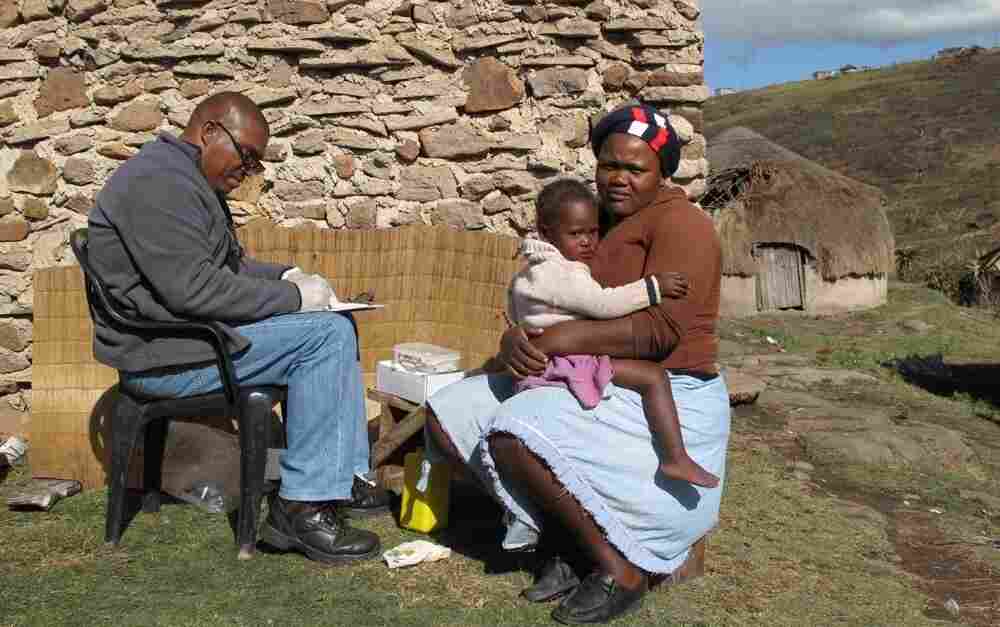 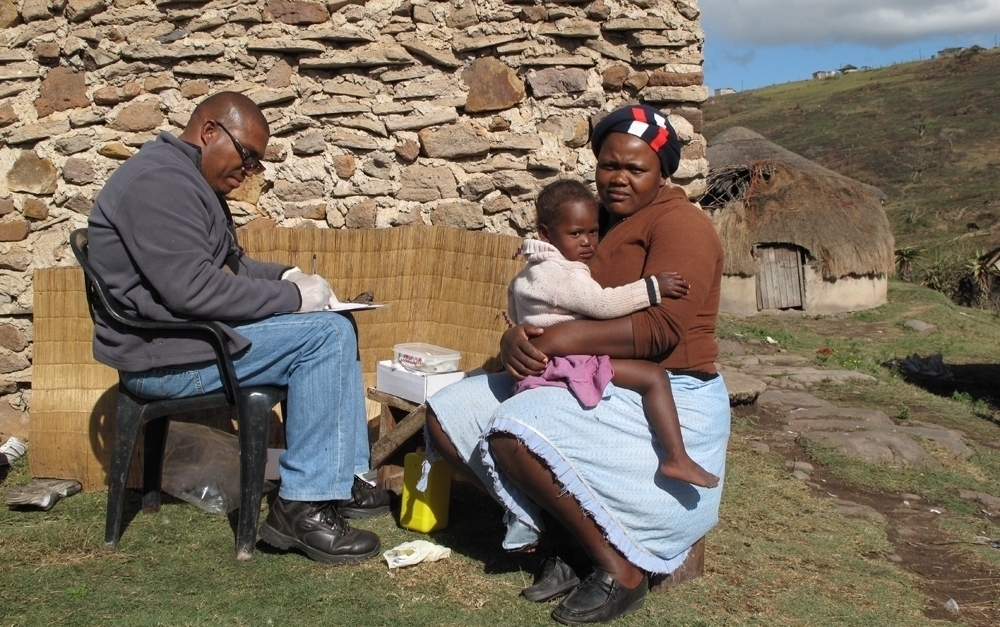 A Doctors Without Borders counselor tests a South African woman for HIV.

Across South Africa there's a push to get more people tested for HIV.

Nationwide, roughly 18 percent of adults are infected with the virus, but many of them don't know it. And that information gap enables the spread of HIV.

In a rural part of the province of KwaZulu-Natal, Doctors Without Borders is setting up mobile testing centers in tents. Teams are also going door to door offering HIV tests on the spot.

Gugu Ngidi who runs the testing program for Doctors Without Borders in the Eshowe district says the idea is to make HIV testing so simple and easy that everyone does it.

"The teams, they just visit the household and call all the family members in the house, and they invite them to test," Ngidi says. "For those who test positive, the driver will bring the patient to the nurse's station for the CD4 count."

The nurse's station is a folding plastic table inside a white canvas tent. The nurse can give a person their CD4 count, a measure of how far the HIV disease has progressed, in 25 to 30 minutes.

Ruggero Giuliani, an Italian doctor who oversees the group's work in the area, says the goal is to test everybody. "Because we know that the epidemic is driven by people who don't know their status," Giuliani says.

But he adds that this increases the work load at the local health clinics.
"The challenge is that increasing testing we find more positive people...
Given the existing human resource, given the existing facilities, how will we be able to provide a good quality of care for all these people?"

Doctors Without Borders is proposing a community-based model of HIV care.

Under this plan people who've been on HIV drug therapy for a long time meet in groups to get their monthly supplies of medication rather than each one of them having to make an appointment with a doctor or a nurse.