Accessibility links
Needle Exchanges Often Overlooked In AIDS Fight : Shots - Health News Few strategies to prevent HIV infection are so effective, or so thoroughly proved. Yet needle exchanges aren't offered in some places that have been hit hard by the virus. In the U.S. there is pressure on funding that raises concerns the programs could be curtailed. 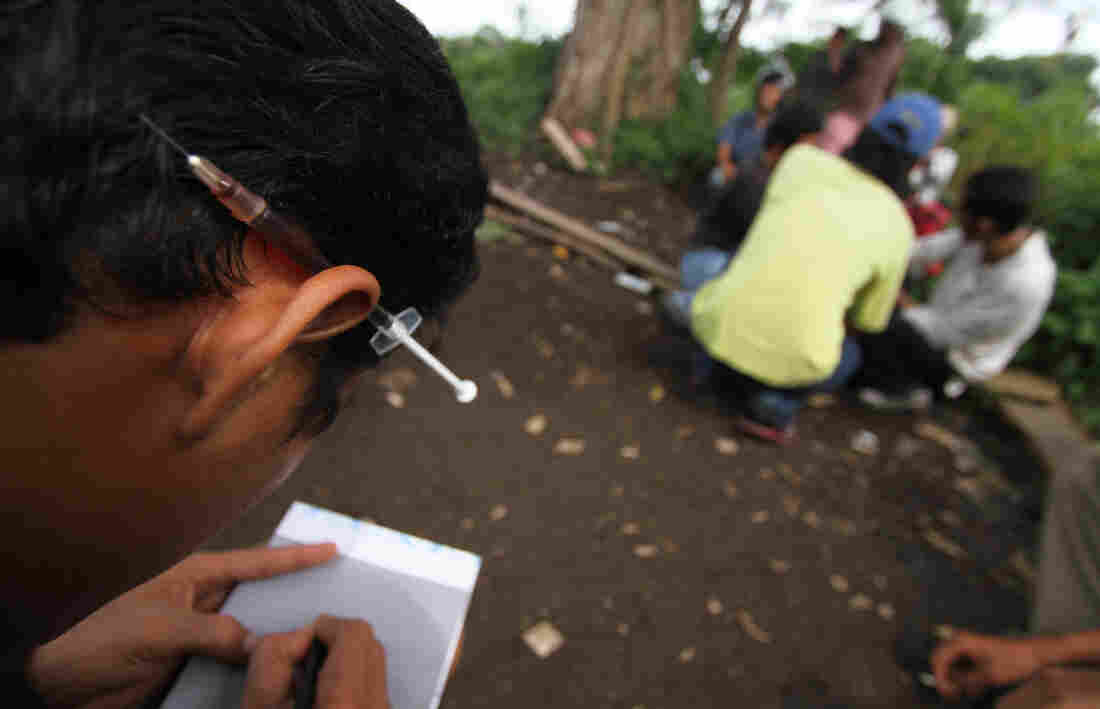 A heroin user keeps a syringe tucked behind his ear at a park in the city of Medan on Indonesia's Sumatra island. Cordita-Caritas Medan, a nongovernmental organization active there, works to reduce HIV infections through rehab of drug users and a needle exchange program. Sutanta Aditya/AFP/Getty Images hide caption 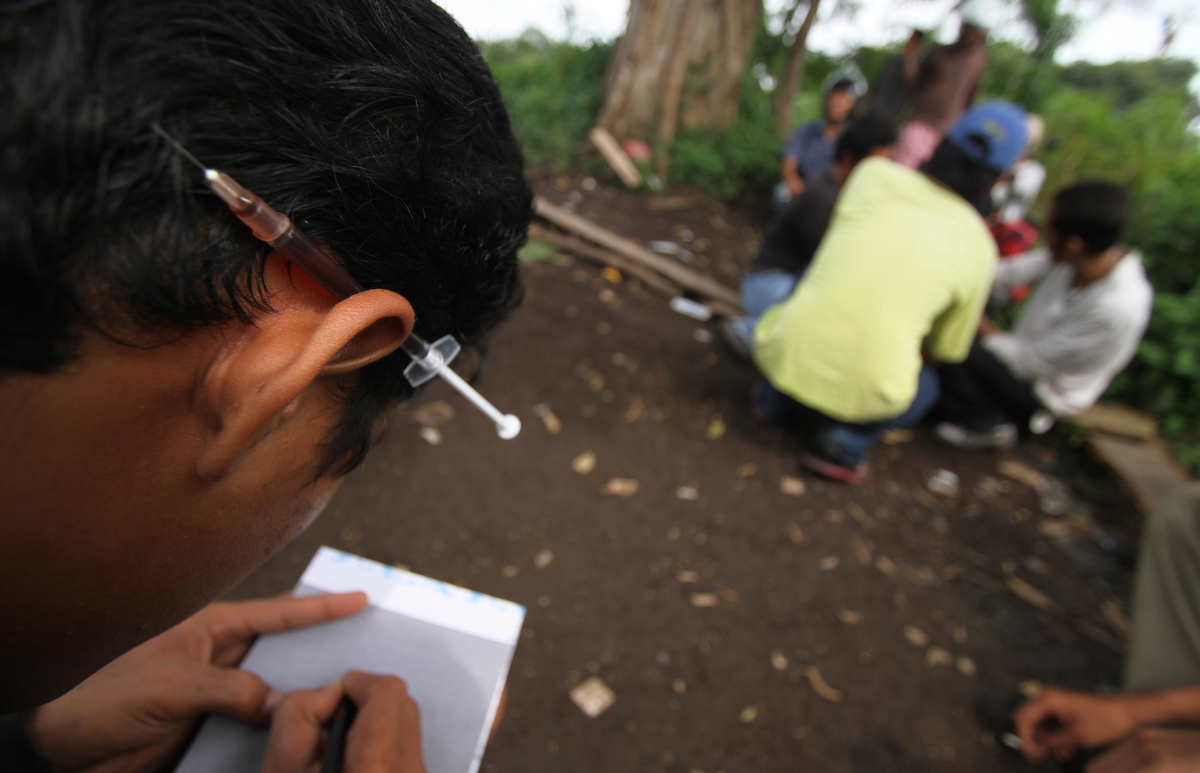 A heroin user keeps a syringe tucked behind his ear at a park in the city of Medan on Indonesia's Sumatra island. Cordita-Caritas Medan, a nongovernmental organization active there, works to reduce HIV infections through rehab of drug users and a needle exchange program.

There's a lot of buzz at the 19th International AIDS Conference about powerful new strategies to prevent HIV infection.

But a potent old strategy isn't used enough around the world, many researchers say, and is even neglected entirely in places where it's most urgently needed.

Few strategies to prevent HIV infection are so effective, or so thoroughly proved. "It's clear this is one of the major success stories in HIV prevention," AIDS researcher Don Des Jarlais told Shots. "The only thing that comes close is our ability to prevent mother-to-child transmission of HIV with drugs."

In fact, Amsterdam's long-established needle exchange program has virtually eliminated HIV transmission there. That's pretty remarkable considering that Amsterdam has one of the world's highest rate of injection drug use — and once had one of the worst drug-associated HIV epidemics.

No more. A study at the Washington AIDS conference shows HIV incidence among injection drug users in Amsterdam has fallen to almost zero. "We conclude that drug users no longer play a role in the HIV epidemic in Amsterdam," researcher Bart Francis Xavier Grady told an audience at the AIDS conference.

Another study, presented by Trang Nguyen of Johns Hopkins, calculated the costs and benefits of expanding needle exchange programs in the United States.

She says a 10 percent expansion — at a cost of $64 million a year — would prevent 500 HIV infections among U.S. drug users. The savings, from not having to provide HIV treatment for that relatively small number of people, would be $193 million.

Des Jarlais, who is a coauthor of that report, says needle exchange programs in New York City have reduced HIV infections to about 150 a year out of 150,000 injection drug users. "That is very, very close to zero," DesJarlais says, pointing out that most of the remaining infections may be due to sexual transmission, not needle drug use.

At the peak of its drug-related HIV epidemic, New York City had about 13,000 new infections a year among injection drug users.

There are about 200 needle exchange programs in the United States, he says. Congress has barred federal support of needle exchange, largely in the belief (never proved) that providing clean needles increases illicit drug use.

This spring there was an attempt by some in Congress to prevent the District of Columbia from using nonfederal funds for needle exchanges. Washington has the worst HIV epidemic in the nation, and much of it is driven by injection drug use.

Meanwhile, there are no needle exchange programs at all in some countries where illicit drug use is driving an HIV epidemic that is out of control.