Accessibility links
Black Teens Are Getting The Message On HIV, But Risks Are Still There : Shots - Health News Black high school students are engaging in risky sexual behavior far less often than they were 20 years ago, a study found. But their condom use is also dropping, leading some to worry that HIV rates within the black community may not go down. 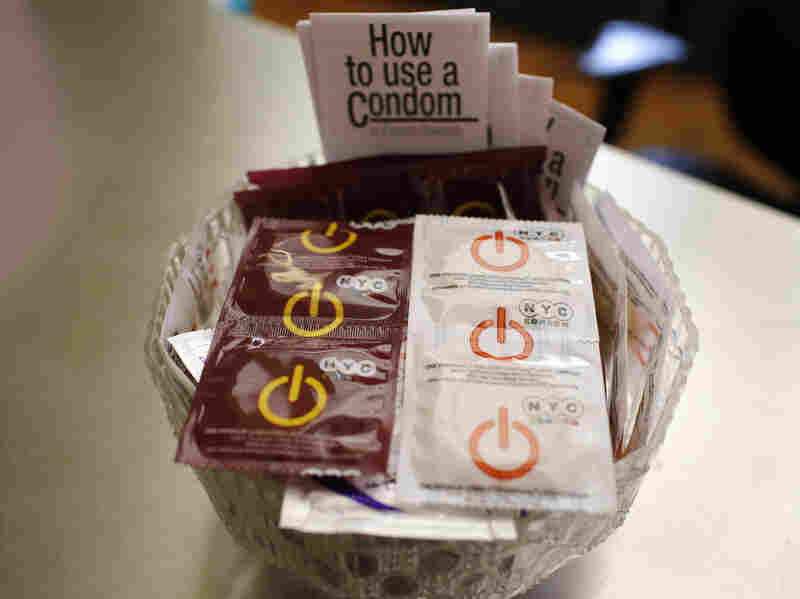 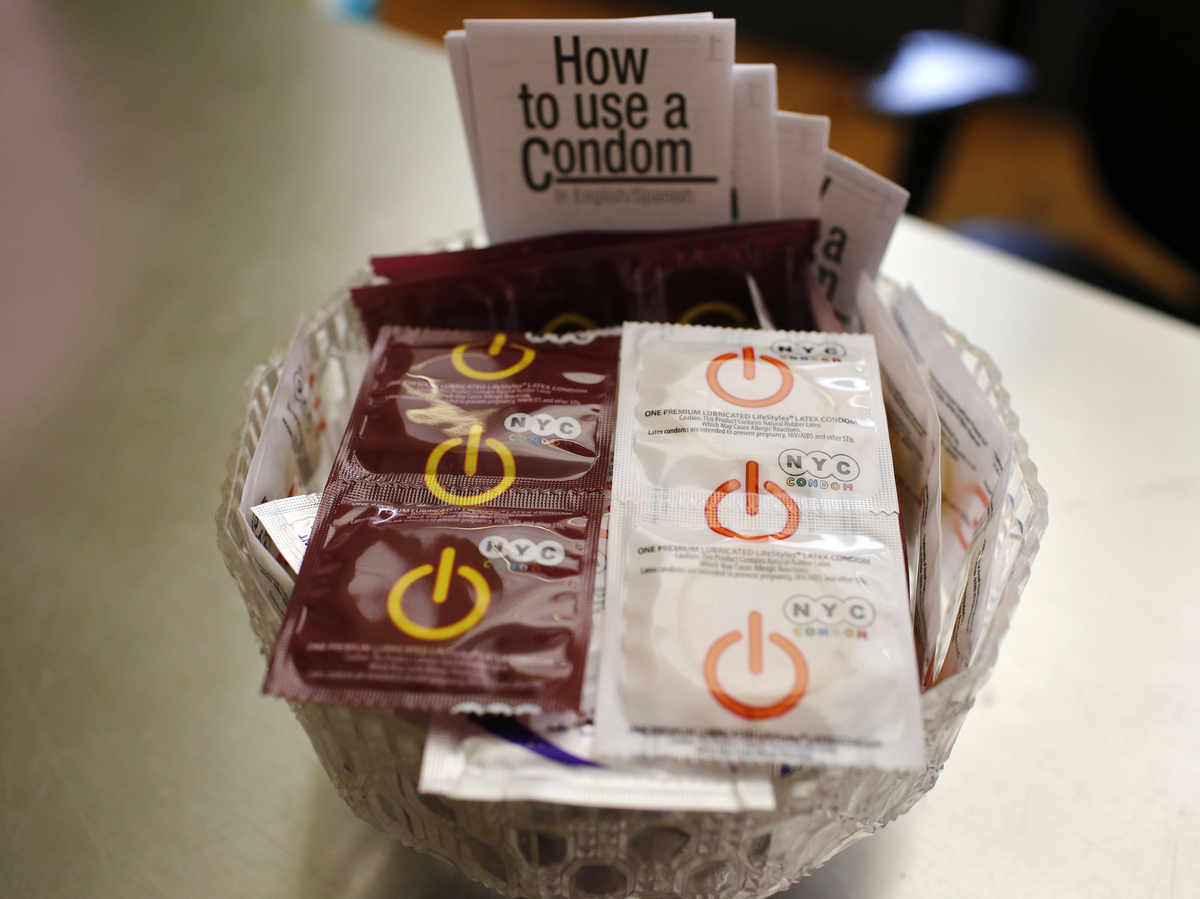 Condom use has dropped among black youth, even as teens engage in less risky sexual behavior overall.

The HIV epidemic among African-Americans is getting deserved new attention at the 19th International AIDS Conference in Washington, D.C. And the news isn't all bad.

New data from the U.S. Centers for Disease Control and Prevention show that black high school students are engaging in risky sexual behavior far less often than they were 20 years ago.

Since black teens are the future of the epidemic for the hardest-hit ethnic group, this is encouraging.

Here are the main results:

"It's certainly a positive sign that African-American youth are getting the message," he told Shots.

He cites another new piece of evidence that black teens are more HIV-aware: Many of them are getting tested for the virus.

"Overall, about 13 percent of high school students have ever been tested for HIV," says study coauthor Laura Kann of the CDC. "Black students are far more likely, at 24 percent, to have been tested. [That suggests] more of them have gotten the message about the importance of testing."

But the picture is not all positive. "Condom use is decreasing among this population," Kann says, "and that kind of balances the good news."

The use of condoms has been dropping among all high-schoolers, including African-Americans.

Kann says she doesn't know. "It's sure a point of concern at this point, and one that we're very interested in reversing," she told Shots.

Other research presented at the AIDS meeting raises an even bigger concern. Preliminary results from a six-city study of gay or bisexual young adult black men shows a lot of risky behavior. Study authors say these men are part of "an evolving concentrated epidemic."

The study "clearly shows that young men who have sex with men or who identify as gay or bisexual have far higher rates of a wide range of health risk behaviors, not just sexual risk behaviors," Kann says.

This is a paradox. While the risk of getting HIV has been going down among black high-schoolers, it's still high among their immediate elders. That's true among young black adults in general, and it's especially true of young blacks who are gay and bisexual.

In other words, even if black high-schoolers are getting the message about safer sex, they're graduating into a very risky world.